Considered by many to be the best car designer currently in F1 and in my opinion certainly rivalling some of the all time greats such as Colin Chapman.

Newey graduated from the University of Southhampton in 1980 with first class honours in Aeronautics and Astronautics. He went on to work for the Fittipaldi F1 team before joining March in 1981.

He was a successful designer from the word go. His first race car design was the March GTP sports car which won the IMSA GTP title two years running. In 1984 Newey design the March IndyCar his design proving highly competitive taking 7 wins including the coveted Indy 500. His IndyCar success continued in 85 with the March 85C taking the title.

Leaving Indycar to move back to Europe and F1, Newey Briefly worked for Force F1 team before rejoining the March team now as F1 technical director. Sadly his cars form declined after some initial promise in the late eighties until he was fired in 1990.

Patric Head wasted no time in snapping up Newey for the Williams Team in 1990 and by the end of 1991 the Williams FW14 was a front running car, on par with the championship winning Mclarens of that year.

In 1992 Newey took his first F1 constructors title with Williams and Mansell took the Drivers title. The winning form of his earlier career was back. 1993 the FW15c again dominated taking another constructors title. The start of 1994 the Williams was off form. Chasing active suspension technology caused the car to behave unpredictably, the drivers hated driving it even though it was fast. Then disaster struck. Sennas death at Imola and rumours of possible manslaughter charges started to cause cracks in Neweys relationship with the team management. Despite this Neweys wins kept coming taking the constructors yet again helped in part by a 2 race ban for Schumacher.

In 1995 Newey had been denied the technical directorship he wanted, this coupled with the loss of both titles to Benetton saw the relationship at Williams get frostier. By the time both titles were won in 1996 Newey had already signed for Mclaren. Frank Williams to this day regrets letting Newey go and with good reason, the Williams winning form was only able to continue for 1 year after Neweys legacy, they have never had such success since.

Unable to influence the Mclaren in 1997 his first car was to be design for 1998. Both titles followed. These would be his last for the next 11 years.

Leaving Mclaren at the end of 2005, Newey took on the challenge of joining a new team Red Bull Racing. With improving form in the constructors with a 7th, 5th, 7th and then in 2009 2nd. The Redbull in 2010 was the car to beat. Newey was back ,with the Redbulls taking both titles from his old team McLaren. in 2011 the RBR totally dominated taking Andrian Neweys Championship wins to an impressive 7 F1 titles and 10 total motors sport titles.

He is a man that has won 1 in every 3 constructors championships that he has designed a car for. The stats speak for themselves.
Click to expand

Supporter
The earliest car of his i'm familiar with is the 1990 Leyton House, which to my mind is one of the most beautiful F1 cars ever, along with the Ferrari of the same year. I remember France 1990 when Capelli and Gugelmin were running 1st and 2nd for ages until both retired. It was amazing as neither car had qualified for the previous race, showing the car's aero package to be very track-specific (if my mind serves me well it was said to be due to the flat surfaces of Paul Ricard). Incidentally, it also featured an exhaust-fed diffuser and had an extremely narrow engine cover and rear bodywork, something which he still incorporates into his designs today.

Contributor
Senna's_right_foot It is pretty. This is what F1 cars should look like. 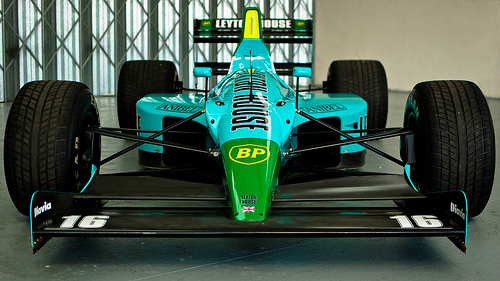 Senna's_right_foot Capelli didn't retire at that race. Finished second. And Gugelmin was running third when he retired (Prost had passed him four laps earlier).
I think Ivan also nearly lost second place on the line because he must have thought Senna in third was further behind. He started celebrating in view of the checkered flag and Senna arriving at full throttle nearly passed him on the line.

Contributor
Nice vid with the March and RB6 and Mr Newey himself.

Valued Member
The greatest designer of all time?

Contributor
Why does Newey receive such profuse praise, while Rory Byrne doesn't? It was Byrne's cars that grabbed most of the titles during the 11 year gap between Newey's!

Valued Member
Then I take it back siffert_fan

Valued Member
I would agree that Byrne didn't get nearly enough credit, but that Newey's achievements are, overall, greater, because of the different teams and regulatory frameworks he has had to work under, and because he has always tended to innovation wherever possible.

Staff Member
Adrian Newey was taking part in the Blancpain Endurance Series at Silverstone this weekend, driving a Lamborghini Gallardo.

He almost made it around the out lap... 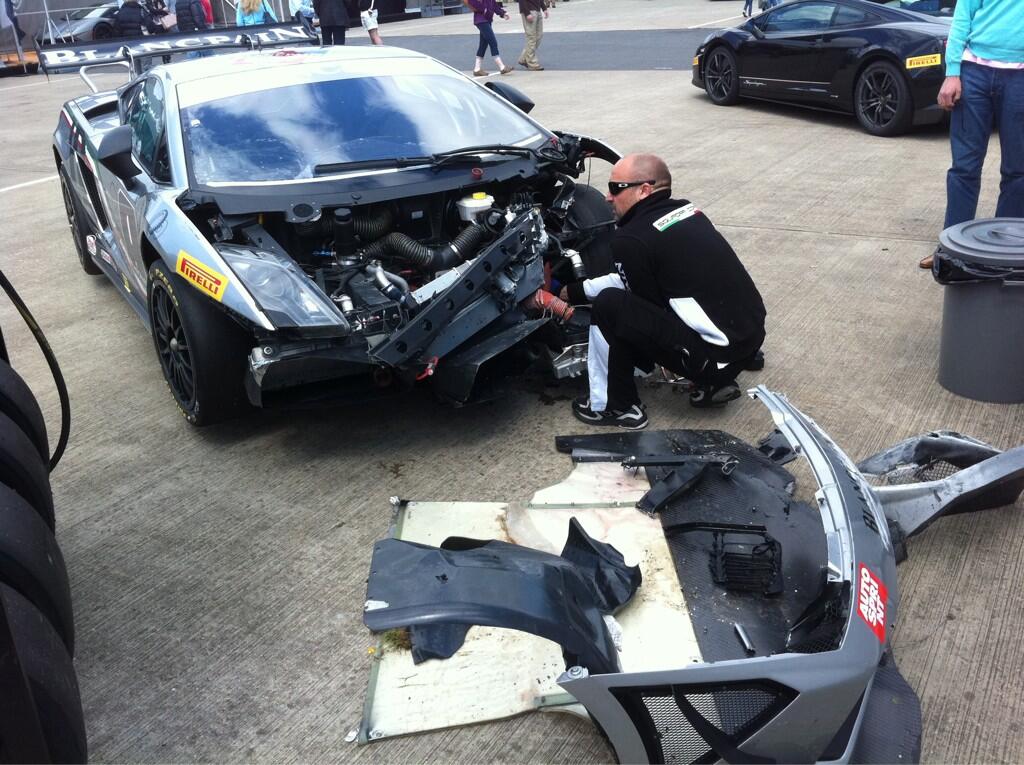 Methinks he should stick to his day job. Oh, wait ... if it's just for fun maybe not

What an ignominious way to end your race before it starts

He does seem to have some poor luck.Here he is taken out of a G50 event at Snetterton

Supporter
Anybody handing the proverbial "keys" to Adrian for a race meeting should have serious cause for concern.

Contributor
In that first clip there was an awful lot of right lock on whilst he was going straight on.

He needs the day job to pay for his fun days, the likelihood of his retiring is very low. Unless he is offered the chance to design an America's Cup yacht.

Contributor
Although he's brilliant he always looks so quiet and timid.
However I'll bet he's anything but.

Contributor
He's a nerd who wishes he was a driver.

If you can't do, teach, is a good description - he is hugely talented in what he does but crap at the end bit!

Quietly timid is wrong, quietly confident more accurate - and a riot at a party perhaps!

Valued Member
He's won races at the Goodwood Revival in his Jaguar E-Type in recent years, so he can't be all bad.

Though allegedly the Jag has received a certain amount of 'development'.