Staff Member
Valued Member
I got all 18 before I even started the quiz.

Why? Bottas' had his strategy changed to undercut Verstappen, it did not work but that was due to the loss of around 10 seconds which was hardly his fault and then lost more time due to potting to get the point for fastest lap. These lost him around 30 seconds and he finished 37 seconds behind Hamilton. In other words he was around 7 seconds slower in a 100 minutes race.

Not bad for a second driver who is a known to follow orders.

bottas is doing a good job for what Mercedes are expecting from him, & red bull would rip your hand off for a top 4 finish consistently over the last few years.

but Bottas was never at any point competitive with the front 2 & as ive mentioned Bottas has 9 wins since 2017 Max verstappen in inferior machinery has 10, also before the error he was 8 seconds behind, at no point was he very threatened,

it might be just timing, russell wont be at williams next year, we all know he is far too good to be a backmarker. i feel we are in the verstappen territory in 2017 where they are in "use it or lose it" as we all know the sharks were circling at ferrari & mercedes.

Hulkenberg is Aston Martin reserve driver..so there is already suggestions he could replace Vettel

Contributor
Okay this should hopefully kill those BS beliefs that Verstappen will go to Mercedes next year. 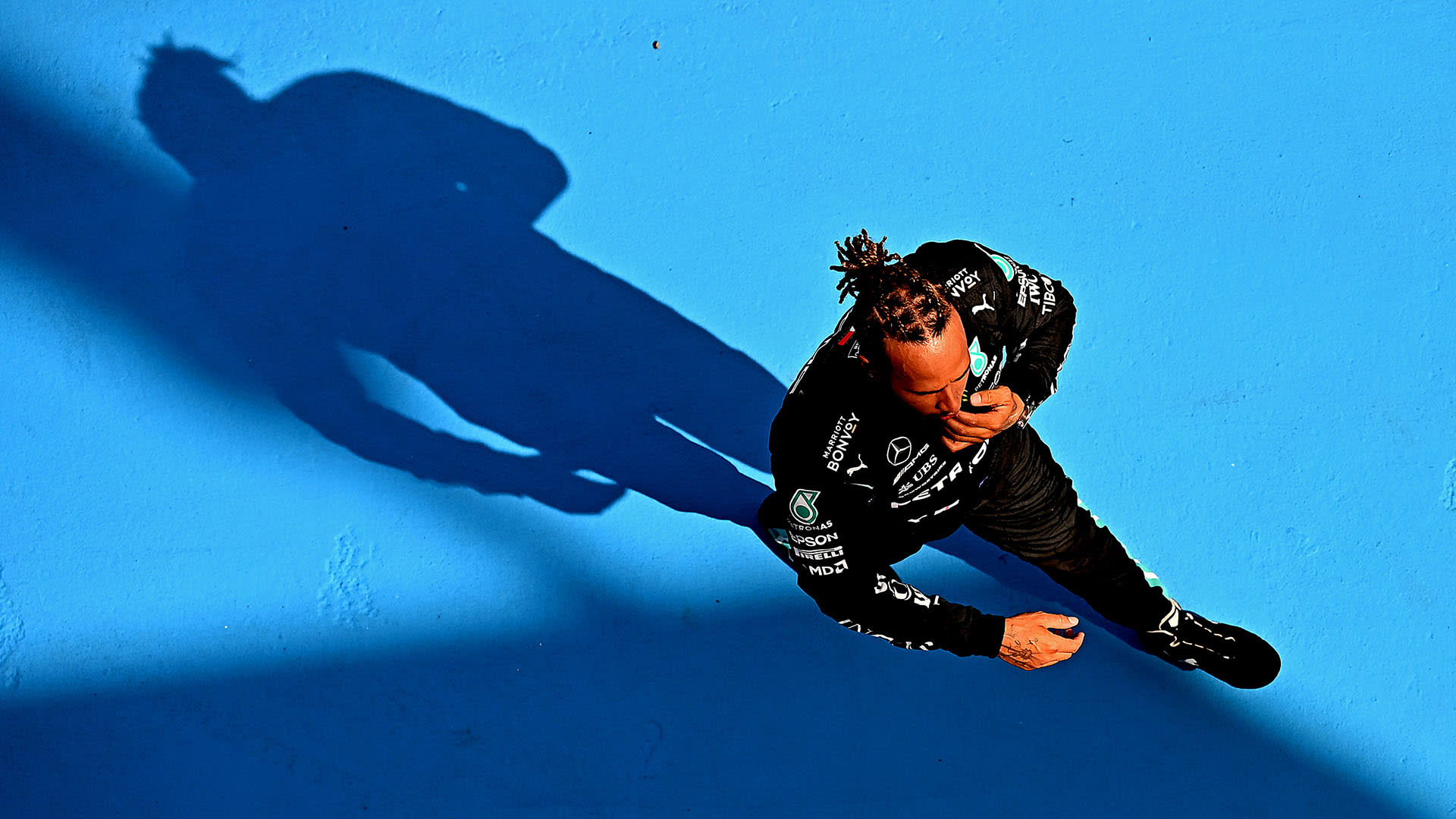 Spanish Grand Prix winner Lewis Hamilton has said he wants to hit the negotiating table early this season, after the seven-time champion revealed that holding contract talks across last year’s winter break had “ruined” his off-season.

I dont Merc will sign Verstappen. He just wont get the privilege status he gets at Red Bull

Valued Member
No, but he might win a Championship,

The problem with Verstappen at Mercedes is his team mate, Mercedes want the Constructors Championship finding a driver like Bottas may not be easy and even Bottas could be a problem as he is quick enough at times to upset Verstappen's super ego especially in qualifying. Buying a driver quick enough but subservient to give Max the star status without overt team orders which Mercedes don't like would be a problem. Lewis accepts Bottas is quicker in some occasions, I'm not sure Max would.
Last edited: 12 May 2021

hamilton will be here next year, he has said as much which is surprising & motivation that is even more impressive because still have that hunger when you have no to prove & nothing to strive for, as you broke every record

F1Brits_90 said:
hamilton will be here next year, he has said as much which is surprising & motivation that is even more impressive because still have that hunger when you have no to prove & nothing to strive for, as you broke every record

I would be very surprised if we don't have Hamilton and Russell at Mercedes.

They have to sign Hamilton because if he wants to sign, then Mercedes has no choice. It would backfire on Mercedes if they fire the sports most popular driver as well as the only black driver. Hamilton can only leave on his own terms.

Mercedes have to at some point plant seeds for succession and I am sure the shareholders will be pushing for that. Hence Russell.

agree with P1 i just dont see any situation where Bottas stays at Mercedes because considering lewis hamilton wants to be there, so will be. as he has carried mercedes to success they wouldnt have got in some hybrid years, why would get rid of him. then Bottas has done badly finishing 3rd would be perfect for mercedes if bottas didnt moan about how he should be winning & causing animosity that isnt needed. but i dont see why you would take bottas over russell.

so russell through circumstances has to be in a mercedes, but of course he will have to keep up his fantasic performances in the williams

Contributor
BTW one other point I want to clarify from my post above - I do believe that if you look at this season, Hamilton appears to be a better driver than Verstappen.

yes but then he is in the top 3 of the last 45 years, without him i dont think they win titiles in 2017 18 & maybe 19. i would say yes that verstappen is still a underdog

We will have more calendar rejigs as the season moves on
Austraila, China, Canada, Singapore, Japan all went & numerous Calendar changes with red lists issues

Brazil wont go ahead, instead Bahrain Outer on Nov 7th
Incredibly Brazil despite being up a creek without a paddle in january recovered very quickly to fit by november

We will be racing in Mugello (Singapore) on october 3rd & Istanbul Park (Suzuka) on October 10th
nothing replace Singapore straight off & no race on October 3rd
Spot on Istanbul Park 10th october, albeit at the 2nd time of trying

Perez will win the season opener, through tyre saving
no, but he did win a race in Baku

Riccardio will beat Norris, but narrowly
No Riccardio struggled more than we all expected

Vettel will return to form but wont be on the podium
in my opinion i think Vettel did return to form as in that 2nd season, he drove well but bloody Baku stuffed me

im guilty ive been predicting kimi retirement since 2015 but i think he will stay til 2022 now
the year you dont expect it, is the year he finally retires