keep up the annual prediction thread, as always its a place for all your weird & wonderful mystic meg predictions for up coming F1 season & year in general. which could be rather big 1 considering it is the final year of F1 as we know it. until the biggest rule change in F1 since 1998??

Contributor
Here are my predictions

Lewis Hamilton- Wins the season at a canter to become an 8 time Champion.

Valtteri Bottas- Wins 2 races all season but says over the radio “ to whom it may concern”. It will be his last season at Mercedes.

Max Verstappen- Crashes at least 5 times, Horner won’t say a bad word about him as he’s scared of Jos. Finishes 3rd behind Bottas.

Sergio Perez - Takes the fight to Max Verstappen in the early part of the season, fades away after mid season,he then reverts to type as a driver who can preserve his tyres.

Charles LeClerc- He will out drive the Ferrari again this season and will finish ahead of Sainz jnr.

Carlos Sainz jnr- The pressure of Ferrari will get to him this season,and he won’t be having a laugh like he was with Lando Norris.

Daniel Ricciardo- Spends all season arsing around with Lando Norris, thus proving why he hasn’t got the mentality to become champion.

Lando Norris- Spends all season arsing around with Daniel Ricciardo, thus proving why he hasn’t got the mentality to become champion.

Fernando Alonso- We get all the usual soundbites of ‘six tenths’ ‘best all round driver’ ‘motivation’ ‘two years away’ ‘I can win another championship’. Ends up with no podiums and is left ranting on the radio about blue flags.

Estaban Ocon- He will have a fairly anonymous season, he will be a sort of french Stoffel Vandoorne.

Lance Stroll- He will once again prove that having a wealthy father is the only reason he is in F1.

Sebastian Vettel- Relived of the pressure of Ferrari, he will comfortably beat the rich kid,but at this point in his career it’s means virtually nothing.

Yuki Tsunoda- He will keep Pierre Gasly honest and will still be here next season unlike Honda.

Pierre Gasly- He will be kept on his toes by Yuki Tsunoda which will help push the team forward this year.

Mick Schumacher- He will be hyped up as a future champ as pundits will be banging on about having the Schumacher name in F1 again. Will have a Ralf rather than a Michael season.

Nikita Mazapin- Known more for his off track behaviour, he will be totally out of his depth,but will have his dad to thank for having a seat again next season at Haas.

Kimi Raikkonen- Will treat F1 as a hobby,he will get a free pass as its Kimi being Kimi. He will retire at the end of the season.

Antonio Giovinazzi- Will drive again this season in a way that will make you think he has incriminating evidence on someone.He will prove once and for all that he has no place in F1.

George Russell- It will be his last season at Williams, he won’t get out qualified by his teammate, but he also won’t score a point.

Mercedes will announce that their name will change to Ineos Team Grenadier for the 2022 season with drivers Lewis Hamilton on a 1 year contract and George Russell, as Mercedes announce their withdrawal from F1.
Last edited: 25 January 2021

The end of Lewis Hamilton

We will have more calendar rejigs as the season moves on

Brazil wont go ahead, instead Bahrain Outer on Nov 7th

if he's racing Hamilton will win an 8th title, with races to spare, breaking the ton of poles & wins

Perez will win the season opener, through tyre saving

Riccardio will beat Norris, but narrowly

Vettel will return to form but wont be on the podium

Verstappen will win in Monaco & Zandvoort 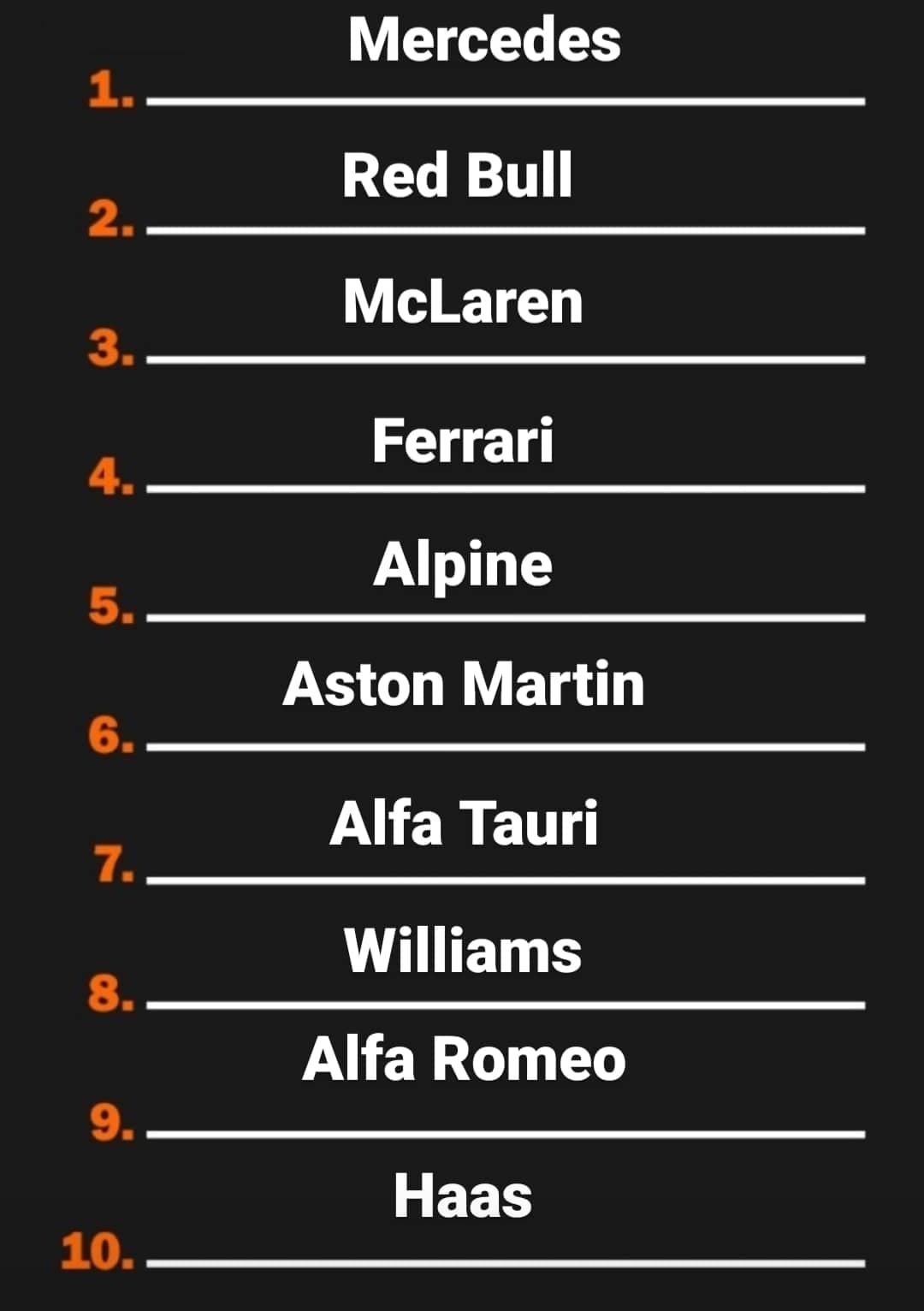 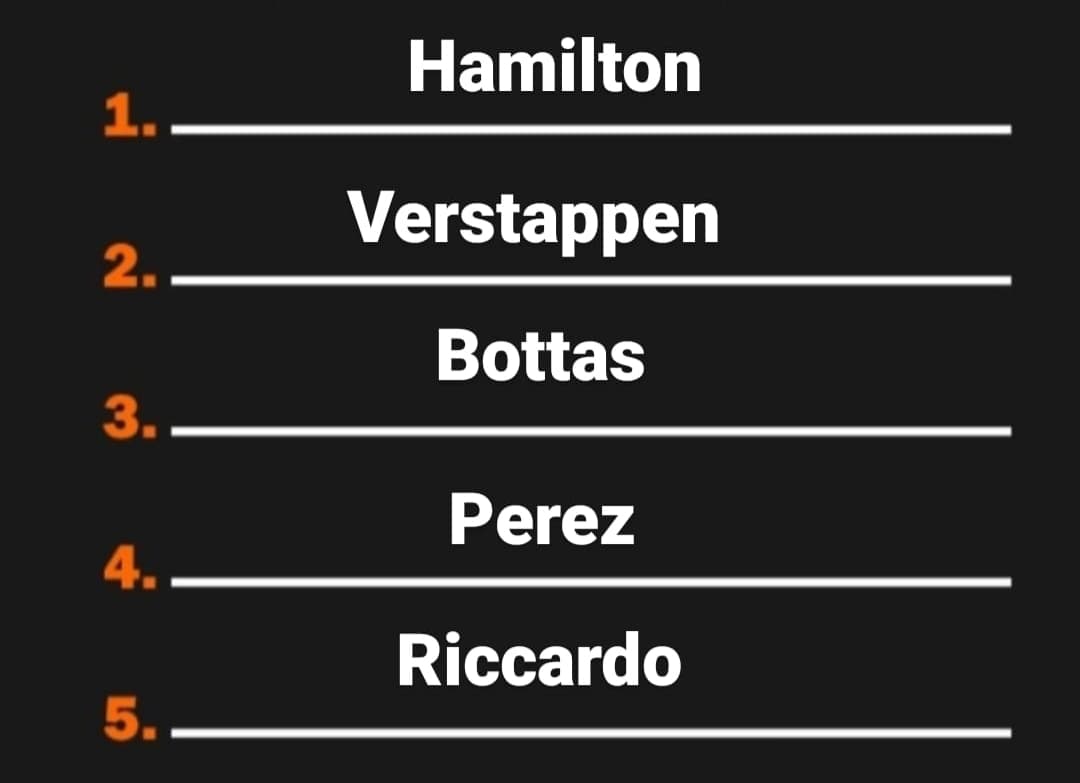 Il_leone said:
The end of Lewis Hamilton
Click to expand

As in he won't have a drive this year? 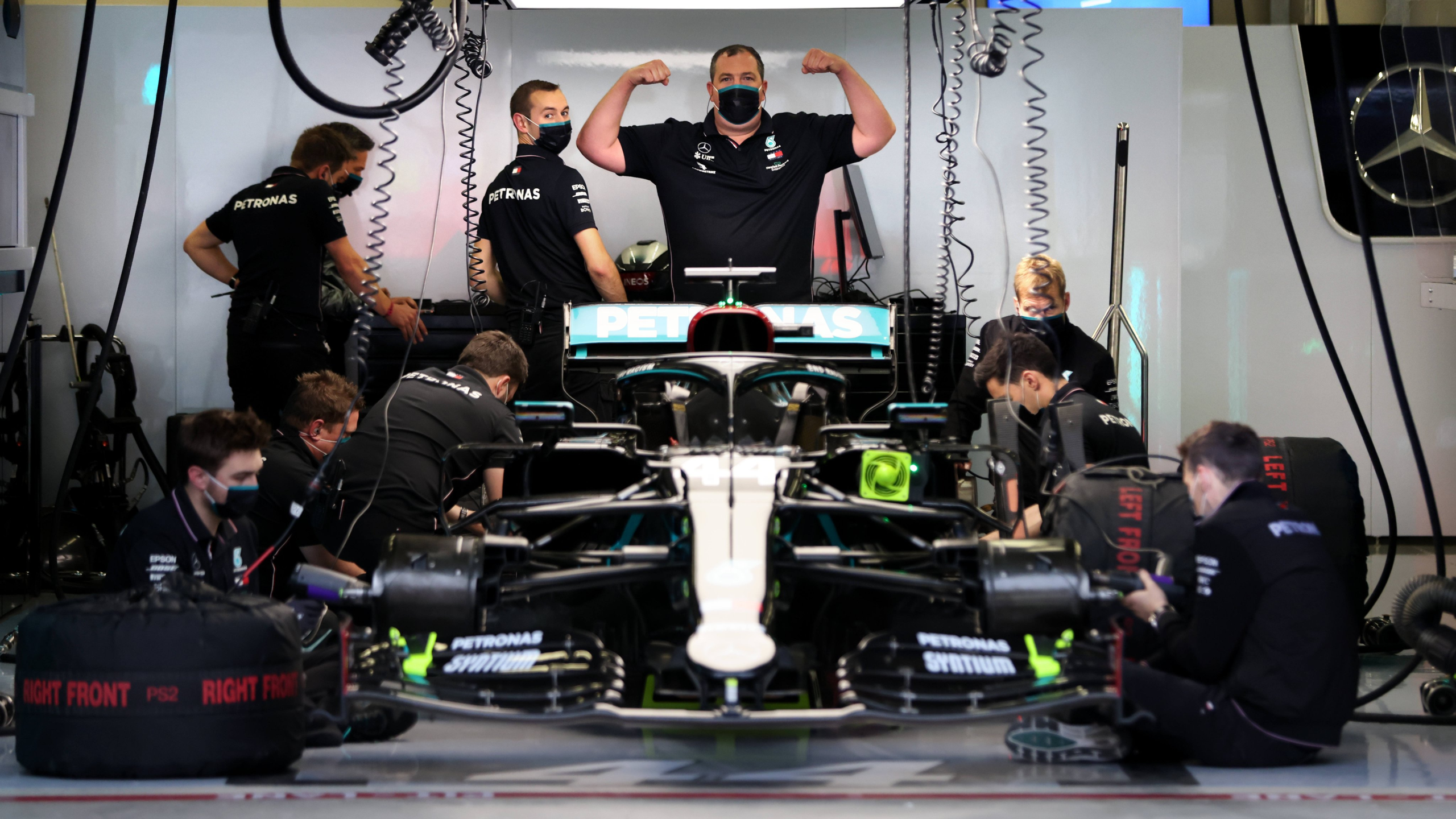 can anyone have confidence. Lewis Hamilton will be in that mercedes. because we have been assuming that it will get done & we are assuming still that it will. but November December & soon to be January will have come & gone in month.

in a month Mercedes will shipping everything to Bahrain for the pre season test. it seems that nobody wants to back down

I was implying this will be his last season in F1 . Not sure if he wants 10 titles

Staff Member
Premium Contributor
He'll been in the car. They are just crossing the f's and dotting the lower case j's.

Il_leone said:
I am infamous for saying its the end of Kimi yet he keeps being kept on but I dont see how he will given Ferrari have at least 3 junior drivers to promote
Click to expand

F1Brits_90 said:
can anyone have confidence. Lewis Hamilton will be in that mercedes
Click to expand

Brogan said:
The number 44 is on the nose so ...
Click to expand

F1Brits_90 said:
im guilty ive been predicting kimi retirement since 2015 but i think he will stay til 2022 now
Click to expand

Antonio Giovinazzi says he has no concern about potentially being jumped in the queue for a dream F1 drive with Ferrari amid a rise of emerging talents from the team’s Academy.

Giovinazzi can consider himself very lucky to be on the grid

Contributor
I'm thinking that COVID could be more of a factor this season than last season because of these rapid spreading variants. I have a feeling it will pressure test the bubble more in the early season and we could see instances where multiple people in a team are out at once. Also more drivers out.

Would actually make sense for the FIA to get the drivers or the entire race day team vaccinated as essential personnel.

Contributor
Essential to what? ****ing horseshit.
Medics are essential, nobody else.

I am quite sure F1 will find a way to procure vaccine for their personnel, there are quite a few persons and countries who have jumped the apparent queue with an open cash box.

gethinceri said:
Essential to what? ****ing horseshit.
Medics are essential, nobody else.
Click to expand

Rubbish. Food is essential, Comms and transportation infrastructure is essential, and while debatable most people would consider entertainment to be essential. I'm pretty sure if there was no TV, suicides would go up as much as COVID deaths.