Onwards and upwards rolls the Formula One Conway Crusader II caravan and it plops itself down on the infield of the Algarve International Circuit, Portimao.

This will be the second running of this event after a successful run out last year. In 2020 the Covid 19 outbreak resulted in several new circuits being used to ensure a minimum number of GP could be held. The Algarve International Circuit was chosen, not because of it’s interesting layout or ability to hold FIA Grade 1 events but due to its proximity to a magnificent Carpet and Floor Tile museum. Liberty have long held the belief that the educational nourishment of the F1 establishment has been overlooked and have secretly chosen circuits due to their location near to areas of cultural interest. The Carpet and Floor Tile Museum houses the finest collection of Portuguese Art Rugs and exquisite laminate flooring tiles in Europe.

The Algarve region has long been popular with British tourists in fact its name “Algarve” derives from the Scottish Publican Alan Garve (pronounced “Gargh-vey”) who opened the very first British Pub featuring full English breakfasts and live Football on a big screen TV in 1994.

The Portimao Circuit was designed by Papel Higienico a monk from the towns 17th century monastery. The layout is based on the outline of one of his sandals which he’d drawn around out of shear boredom while undertaking many, many long hours of quiet reflection in his small sleeping quarters. Rumours at the time suggested that Higienico had seen a vision of Herman Tilke in his toilet bowl however this has never been fully substantiated.

The track consists of tarmac type stuff laid out in lines and joined with curves such that when the cars drive around it, they end up at the same place they started. For those of you new to F1 this is known as a lap. If Nikita Mazepin of the Haas team completes one of these laps, his team will celebrate, and the resulting celebrations may be described as Lap Dancing. Whether Nikita joins in with these activities remains to be seen, however he may decide to give it a spin.

At the previous race in Italy many cars attempted to gain significant advantages during the race by shedding parts the drivers felt they no longer needed. Seven-time world champion Lewis Hamilton popped in for a new nose, but his plastic surgeon was currently self-isolating so had to be content with a tattoo on his thigh of Toto Wolff saying, “it’s good for the sport”.

George Russell got so fed up waiting for his Mercedes seat he tried to pull Valtteri Bottas over mid race and ask him for some advice. After exchanging car parts and carrying out a joint inspection of the gravel trap and tyre barriers, the conversation must have been worthwhile as the world watched George give Valtteri a loving pat on the head as they departed. Bottas then took a moment to gather his thoughts and consider if there was anything else he could pass on to George by taking a quiet moment of reflection behind the tyre barriers.

Hopefully the 2021 Portuguese GP will be the third entertaining race in a row. Whether three entertaining races in row has ever happened remains to be seen. Unfortunately all records that existed prior to the coming of our Lord Bernie, the Great FOM, known as year zero or 1997 in the old FIA calendar, were somehow destroyed in a mysterious fire right around the same time as the European commission were asked to look in to F1’s competition rules. Let’s just hope we do get another good one and leave it at that.

*please note that this PQR thread was typed without reference to any source material, relying on memory alone therefore there may be some small factual errors within the text.
Click to expand

What on earth is going on with this safety car... Why is it still not coming in?

Contributor
Maybe he’s enjoying going up and down the rollercoaster

bottas restart stuffing his teammate then. but outstanding move from verstappen there

with perez being swallowed because of the slow medium warm up losing 10 seconds. could we see him going long on mediums & then going onto a soft tyre at the end with others on the hard

now this is going to get interesting. as it why perez was bought by red bull for this exact situation to go long on the mediums

Could the stewards just get on and disqualify Mazepin

Contributor
Someone is going to crash into him when they are lapping him.

well they are now investigating mazepin

just discussing that here. always feeling embarrassed on his behalf. because nobody wants the boss encouragement

red bull 5 laps too late on perez shouldve pitted him with 20 laps to go he couldve had bottas for 3rd. i dont get what horner plan was

Someone is going to crash into him when they are lapping him.
Click to expand

Schumacher is almost far enough up the road to be in a position to lap him I think.

has there been a more pointless penalty than mazepin 5 second penalty. when he was nearly lapped by his teammate

Contributor
Max Verstappen with his fastest lap deleted at the end made that pit stop pointless.

Johnny Carwash said:
Max Verstappen with his fastest lap deleted at the end made that pit stop pointless.
Click to expand

he is going to be fuming losing Pole & Fastest lap due to track limits. but Pole wasnt his fault but they were lenient on T14 but if you stayed on the green part. he was on the concrete

F1Brits_90 said:
he is going to be fuming losing Pole & Fastest lap due to track limits. but Pole wasnt his fault but they were lenient on T14 but if you stayed on the green part. he was on the concrete
Click to expand

If Hamilton had run into an issue at the end then he could have been there to take the win. Just seemed pointless.

Contributor
Not bad for a driver who is past it. 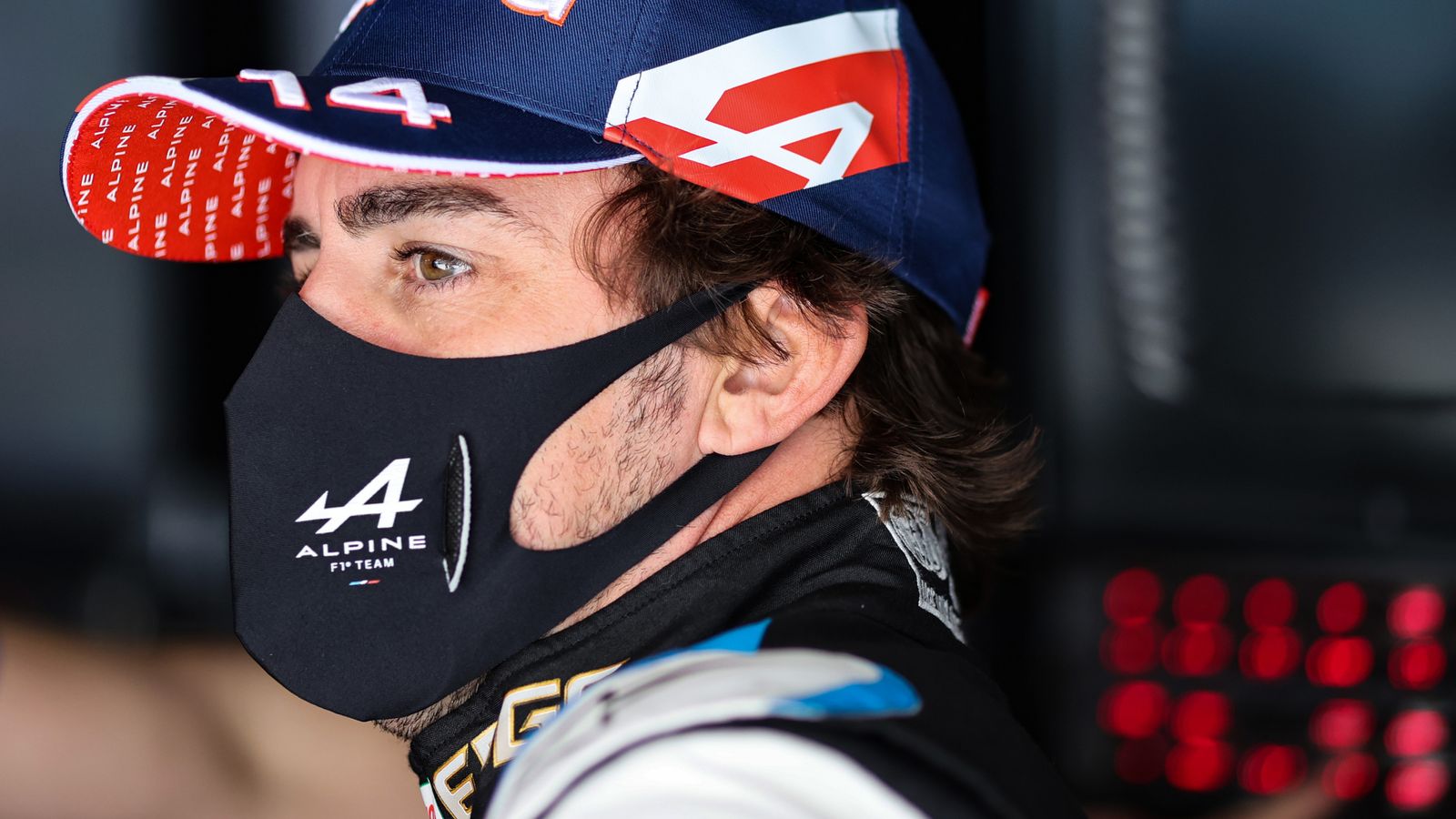 Fernando Alonso said he drove with

Bill Boddy said:
Not bad for a driver who is past it.

Fernando Alonso said he drove with

He still finished behind Ocon though...