Off to Imola for round two of the 2021 season with 63 laps around the Autodromo Enzo e Dino Ferrari. Round one proved quite exciting, if you can remember that far back. Red Bull look to have the fastest car but Mercedes won the tactical battle in Bahrain and created the opportunity for Hamilton to use all his skill and experience to pull off an unlikely win.

There are still many unanswered questions. How will Sergio Perez get on if he can make it round the formation lap? Are the McLaren cars really the third best on the grid? Can Lando beat Daniel again? Will Sebastian Vettel work out which pedal you push to make the car go faster? How quick is the Alpha Tauri? Will Alpine run Alonso on half tanks for a second race, just to allow him to run near the front for a few laps? Have Ferrari built a car capable of a podium? Which team will finish last, Haas or Williams? Just on Haas, will Mazepin make it past the first corner?

Lots to think about, lots to look forward to and, hopefully, lots to enjoy.
Click to expand

Johnny Carwash said:
Not what Tsunoda was hoping for in qualifying.
Click to expand

i feel responsible, he had the curse of my backing

Where did Bottas pace go ?

absoultely brilliant qualifying, it was as close as alot of us thought it could be, i said that if a "underdog" stuck it on the front row i wouldnt be shocked, the pace of cars we discussed friday werent sandbagging, williams can consider themselves unlucky because for them to be 11th on the grid 6 tenths?? off the eventual pole is huge for williams. their were races in 2018 that they couldnt get 6 tenths from Q1. but it will over shadowed, by the bigger achievements

feel for Norris as he was outstanding today absoultely hooked up & bit neater he wouldve been 3rd & couldve been 4 cars within a tenth (which when has that every happened) . also what a lap from perez, that hopefully will give him confidence, 1st time max has been outqualified on merit since abu dhabi 2018 & might be the 1st time since mexico 2018 that red bull have had 2 drivers in the top 3. then yes that will be shock to alonso's teflon confidence 1st time since malaysia 2017 he has been outqualified. it was so long ago gasly was in a toro rosso

we did feel this could happen, as we said during testing that if it is as close as the times suggest, that its going to be a tough year because a bad qualifying in 2017 - 2020 for bottas, he is on 2nd row & bad qualifying in 2021 could be 3rd or 4th row. but I hope the qualifying, wakes everyone up who had sympathy for bottas following Drive To Survive. & stops the madness. because i have no sympathy for him as ive said many times, you earn the right for team orders & Bottas is just not consistent enough over a season. you cant come crying in 16th round when your form is 1 podium in 4 races, 4th in standings & 110pts behind your teammate. that you should deny the team what could be precious points, as in hold up vettel jumps hamilton & its a 37pt lead instead of 51pt.

Staff Member
Premium Contributor
Fascinatingly, since last November, Hamilton qualified 8 tenths slower, Verstappen was 4 tenths slower while Lando was just 6 hundredths slower and would have been quicker had he landed his final lap.

Well tomorrow bodes well, looking forward to it. Quite close times. Perez on the front row on Softs

And Norris on fire, a shame about that lap deletion.

Contributor
There is a good possibility Perez will crash into Hamilton in an over optimistic attempt to pass. He is going to be super nervous about being asked to pull over for Max, so he will feel like he has to do whatever it takes to pass Lewis.

P1 said:
There is a good possibility Perez will crash into Hamilton in an over optimistic attempt to pass. He is going to be super nervous about being asked to pull over for Max, so he will feel like he has to do whatever it takes to pass Lewis.
Click to expand

very true i think we certainly going to have action into T1, no doubt if there is opening i just dont see perez doesnt send it

this is a massive race for perez he could win his 2nd race & 1st that red bull have, but verstappen didnt since 2018 Monaco GP. that kind of result could get him a 2nd year at red bull. also his tyre management will be fascinating he will pit 1st & we know how far he can stretch a stint

how far do you think will bottas make it up the grid from 8th, as we all know how stereotypically gunshy he is when it comes to overtaking. i could see 6th but then i also could 9th or 10th

I don't think he'll make it far enough up to be able to help Hamilton. If this goes on for a few races Merc are going to need to take action, as Red Bull have two decent drivers now.

Contributor
If Perez gets to Turn 3 in front then it's Red Bull's to lose since he'll be able to eke out that soft tyre life. I say RedBull's to lose, not Perez's since if they want Verstappen to win... 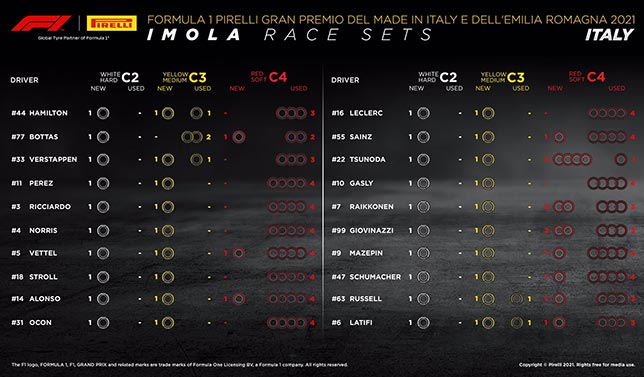 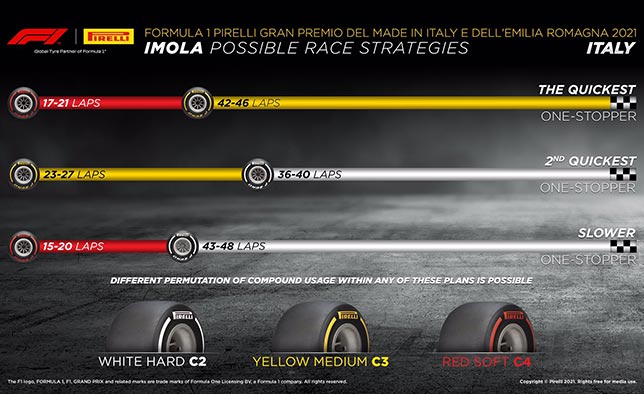 this is going to be extremely fasinating start now.

but the irony that 1st time in a very long time. i didnt want the forecasted rain to turn up & it has

Any views on what happened with Bottas and Russell? It looked to me like Bottas moved over on Russell, and pushed him onto the grass

I don't think Bottas saw him coming and took his normal line, which scared Russell onto the grass.

It's also worth noting that Russell staying on the racing line is why Hamilton ended up in the wall. That's going to make the meeting without biscuits in Toto's office later extra uncomfortable.
Last edited: 18 April 2021

Ouch, that Mercedes is very broken

When things go wrong for Hamilton, he so often ends up landing on his feet... I think he's still on for a podium potentially today... The lapped cars being allowed to move back to the lead lap is such a big advantage...