As much as want to give Mclaren every opportunity & defend them hoping teething problems. They are under tremendous pressure more than honda ever were. If mclaren still havent improved Alonso won't be at mclaren or F1 by Abu Dhabi no doubt. Maybe bouiller might go as well

Mclaren - I don't know if that is their true speed but they appear to be at least 1-1.5 second a lap off the pace from the big three which would be put them in the fight with Renault and Force India you'd think

Contributor
According to Renault both their customer teams have had battery failures although the works cars did not. They accept that there are some batteries which are faulty, they are weeding them out and by Melbourne all the batteries will be good ones.

I presume that there can't have been many of these failures for RBR or they would be moaning like nobodies business.

Interesting from ted on his testing notebook. That that are rumours around the paddock. Honda fantastic reliability might be because they are secretly starting the day with a new power unit every day. As i say unconfirmed reports & could surprise us

Staff Member
Premium Contributor
Honda would have nothing to gain by doing that.

What's the bets that those rumours may have been started by a team with a new found love of orange.

that's what I thought & the fact that as we know nothing stays secret in the paddock for too long but from what I understand what he was saying was that it was him & few other journalists. but from what I can see that Honda wasnt helping straight line speed still bottom of the charts but McLaren were so busy blaming Honda they never realised that they had this overheating problem last year which compounded the problem

RasputinLives said:
On that note - I can't think of another time in living memory when an F1 driver was running a full series in another category. Surely that was a sign to Mclaren that there lead driver didn't really have that much confidence in how competitive the car was going to be.

I'm still adamant Mclaren should have kept Honda, gone with Vandorne/Norris and just rebuilt from the ground up.
Click to expand

In the late 60s and early 70s, numerous F1 pilots (e.g. McLaren, Hulme, Surtees, Amon, Gurney, Revson and others) also drove in the entire Can Am season. Hulme, McLaren and Revson all won titles in the series (which had cars which were much faster than F1).

Armchair comments: Mercedes is still in the lead with RedBull and Ferrari following very closely. The formed favoured by better aerodynamics (Newey is very involved it seems) and the latter by Power Unit. Vettel got the best time around the Circuit de Catalunya, Force India the quickest through the speed trap and Mercedes the fastest over the long run. McLaren is probably better off with Renault, even if it's not clear at this time, but it's definitively not a championship contender, even if their aero package seems to be strong this year. Nor it is Renault but they will be best of the rest over Force India, particularly given the works manufacturer category that the French team has. Toro Rosso are probably going to be Ok now that they've switched to Honda power. They need to continue to adjust the car but should be at least as fast and reliable as last year's. Sauber has been very consistent as it was the case last year and they are putting in a lot of laps. It is not clear that the speed is there but at least it is expected that the cars will last the whole race. Williams are flying under the radar and it's not expected that they are breaking through and they should be content with keeping up with the back markers. In my mind they have the weakest team and setting up the car is going to be a challenge, particularly at the beginning of the year. Not much to be said about Haas, other than Magnussen's time today was eye popping which could have been out of the hat but it might as well be a "miracle lap" with no fuel for the sponsors only. In my mind RedBull has the best driver pair, followed by Renault. Last thought: Halo probably won't see the end of the year, at least I hope it doesn't. Very little benefit from the appendage that make the cars look really ugly with the additional downside that it's very difficult to tell a driver from the other within a team, unless they have very different helmets. All in all, it doesn't look like a very exciting season but better this than nothing. Yawn 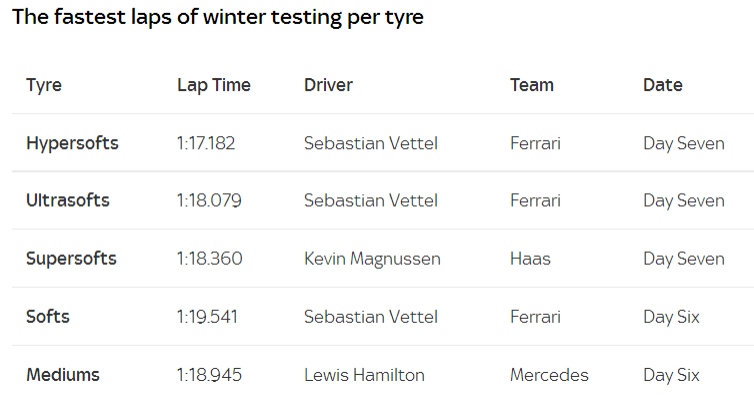 I hope halo will be gone because it looks horrible but not as horrible as the detachable 2017 version. & really only saves them if missle in straight forward. If at an angle then its go into unprotected area. & causes a blindspot. Aeroscreen has its faults but no blindspots & covers all around.

Valued Member
It's cruel to mock the afflicted but here's the boys from Woking practicing their pit stops.


Is it all a cunning plan to lull the other teams in to a false sense of security and then, BLAM!, Brawn like they will win the first 5 races at a canter?

Valued Member
Alonso out in McLaren this morning. Seven laps and then another trip on the low loader. 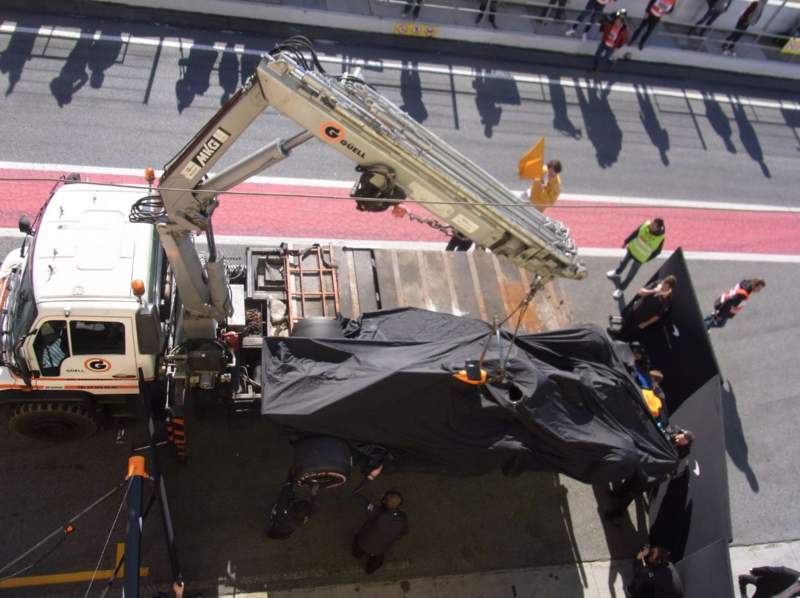 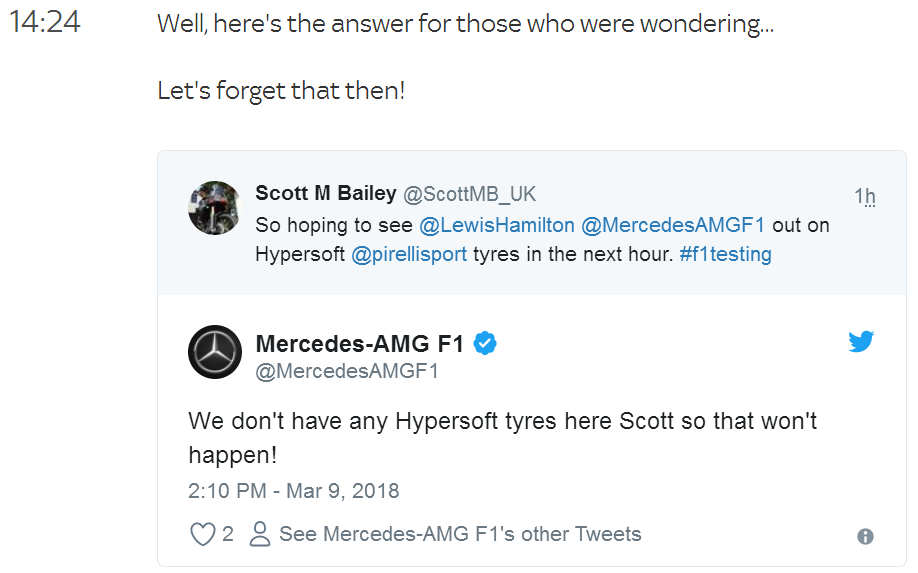 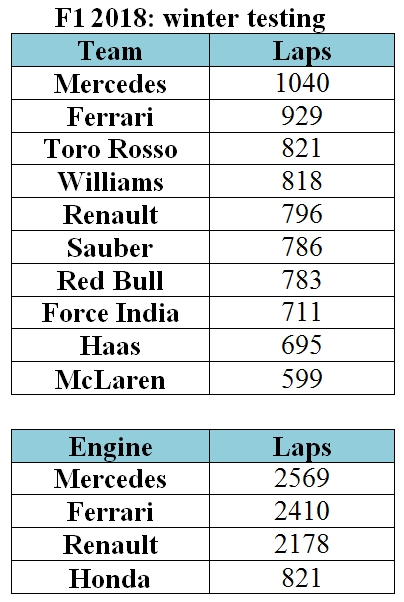 Contributor
It seems strange that no-one has mentioned the final times. Personally I would love that for the grid positions in Melbourne.

I think the front 3 seems to be Mercedes, Red Bull and Ferrari followed by Renault, Mclaren and Haas

Further way seem to be Force India and Williams

Il_leone said:
Torro Rosso people are talking about their reliable running with Honda but what are people seriously expecting when Honda could not last more than 10 laps bolted onto a Mclaren
Click to expand

821 laps with only one issue which wasn't even an engine issue (brakes). I'm pretty sure Honda have sorted the reliability issues. The speed issues however probably aren't sorted.

Mclaren on the other hand may be quick but haven't managed a race distance in one sitting.

I know which one I'd choose.

Honda or Renault.... McLaren is stable... 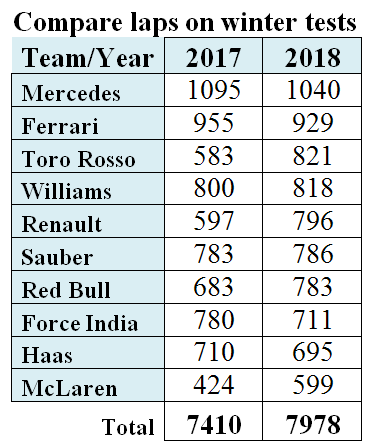