Contributor
With the All England tennis tournament less than a week away who is going to reign supreme this year.

Will Roger Federer back up his recent win at Halle and go on to win his 8th singles victory.
Can World number 1 Novak Djokovic reclaim the title that he won in 2011.
Will Rafael Nadal do better than he did last year and get past the 2nd round.
Can Andy Murray win the Championship for the first time in his career, and end a run of 77 years since the last British singles male winner.
Or will there be a surprise winner were Jo- Wilfried Tsonga, David Ferrer, or Tomas Berdych take there game to the next level and win.

Finally can anyone in the Women's singles stop Serena Williams from claiming her 6th Wimbledon singles title.

Johnny Carwash said:
Finally can anyone in the Women's singles stop Serena Williams from claiming her 6th Wimbledon singles title.
Click to expand

Contributor
I'll be looking out for a certain player! Might even see if she's free for a date! 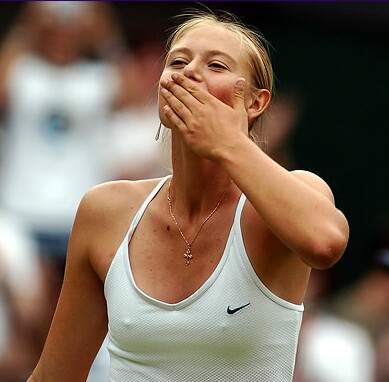 Supporter
Women's tennis is shit. Too much shrieking...

As for the men's title, is Andy Roddick still playing? I'd vote for him...

Contributor
All tennis is shit. You all know it.

Contributor
Tennis would be more interesting if they didn't allow the server to have two bites of the cherry. Imagine what might happen if Webber called for a fresh start because his had been poor.

Contributor
Personally I could listen to Sharapova grunts / shrieks all day.

Contributor
You cannot be serious man.....?

McZiderRed said:
As for the men's title, is Andy Roddick still playing? I'd vote for him...
Click to expand

He was my favourite tennis player by far, unlucky that he emerged when Federer did, the only real challenger to Federer, and losing Wimbledon to him 4 times in the final must feel shitty.

I still remember that awesome 2009 final, if he hadn't missed that volley in the second set at 6-4 during the tiebreak, then things could have been different.

His service was the best part of his game, but in 2009, he became a complete player, sadly for him, it was near the end of his career.

Contributor
Not looking good at the moment for Rafa Nadal 2 sets down and a break of serve down, but even in these situations you still can't rule Nadal out of coming back.

Contributor
So... can Darcis serve this one out and beat Nadal in straight sets?

Contributor
Amazing from Darcis, surely that must be the 1st time Nadal has been knocked out in the 1st round of a Grand Slam.

Contributor
So much for the hype that Federer and Nadal would meet in the Quarter Finals. With Nadal going out It just makes the draw that bit easier in the bottom section now.

Contributor
I was sad to see Rafa go.

Is his injury beyond repair? That would be a crying shame.

Contributor
He could well be Jen all those years of pounding round the court with his high intensity game could well be taking a heavy toll on his knees.