Valued Member
Back in the day F1 cars were made from materials like steel, aluminium and fibre glass. Then along came John Barnard and the world of composite materials was upon us. But today, FB took a trip to the NEC to visit an exhibition about injection moulding

Luckily, next door was another hall called MM, MEMS and Nano live UK. What is all this about you may ask. Well, this was a show about micro engineering and prototyping (I have a use for such companies in my day job). As I wandered around many of the prototyping companies admitted to making parts for F1 teams. These included people who make 1/2 scale models of parts for wind tunnel testing and included on their display a wing end plate from a Red Bull and a vent with a turning vane from an '05 Renault.

Not really much of a surprise, although the method used to make these involves using 3D printers and lasers fired into pots of resin. 3D printers, or stereo lithography (SLA) is really cool, it builds up layers of resin 0.5mm thick until you have model of the part. SLS (selective laser sintering) involves firing a laser into the resin which then forms the part.

Model making is nothing new, cars run in wind tunnels have been models for years, although previously an engineer and model maker would often have made them by hand from lumps of plastic, wood, metal and clay. But because F1 cars are prototypes they now make parts for the cars using these methods. So, for example, SLS can be used to form metal parts in hours which would have taken days by old fashioned machining methods and they can control the density and hardness of the part by the metals used in suspension and how the laser forms them.

SLS parts can also include ceramics which make them strong (albeit quite brittle), light and heat resistant. So FB finds himself at a stand which does vacuum metalising. These guys take parts which have been made on SLS machines and then coat them with a 100 micron thick layer of metal which considerably increases their strength. So when you see what looks like a metal part on an F1 car there's a strong chances it probably isn't. These pieces sometimes only last one race.

SLA and SLA are also used to make the moulds the teams use to form the carbon fibre parts as these are often one off's. The mould is formed and then the carbon fibre is manually laid up into the mould before goign off to be cured. The speed that different shape mould scan be made takes hours via SLA so the teams can make minute variations in parts and then test them to death (seriously, they are often tested to destruction).

A seriously fascinating day. Hopefully I will be able to use some of these companies and if I do I'll try and find out more.

BTW, one of the companies I deal with built a full scale model of the Red Bull X1. I asked if I could have it for the garden and they said no

Yeah, rapid prototyping is really advanced these days - and as you say well up to the stage where can legitimately shake off the 'prototyping' moniker. I've had a few simple things I'd designed in my previous job made up like this (3D printing in this case), and it's so cool to have the virtual model you've imagined and designed arrive in physical form.

The really cool thing for me is that you can create components and assemblies that would be physically impossible to assemble from individual parts. (The classic example is a one piece cage containing some balls which are too large to get though any of the holes.)

At the more home-made end of things, have you ever come across reprap? I need to get myself a workshop...

Interesting, although I did initially want to answer the thread title with one word... Stuff..

I think the real answer to the title is as true today as ever: cubic money.

Valued Member
For all you sad, techy people Lotus (or Team Enstone if you will) will be participating at the TCT Exhibition and Conference on 1st October: 3D Printing & Additive Manufacturing Conference @ TCT Show

Here's what they will be discussing:

The technical demands, production rate and pace of innovation in aerospace and motorsport make those industries fertile ground for development of new materials for additive manufacturing. Working together with technology supplier ALM, engineers from Boeing and Lotus F1 Team collaborated on the development of a family of isotropicaly reinforced thermoplastic materials for the laser sintering process. We invited the team to describe the new materials, how they were developed collaboratively and some of their applications.
Click to expand

Valued Member
Wasn't sure quite where to put this so here will do. Indy car are going to use LED numbers, in the same way the WEC does. Anyone else think F1 should adopt this? 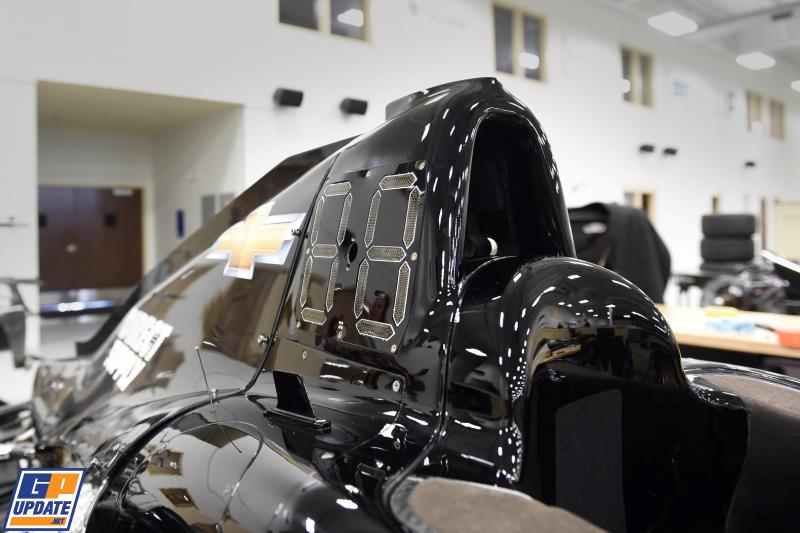 Good idea. Nice to know the running order when you're watching track-side, though I suspect most spectators have access to a radio/online/trackside screen.

Staff Member
Valued Member
the running order may just as well be Mercedes then everyone else but in principle it's not a bad idea even if it was just used to clearly display the car number.