Valued Member
As the antidote to the Multi Season Wonders, here's a place to list cars which didn't quite make the grade.

I'll kick you off with the Lotus 80. Colin Chapman either being too clever for his own good or, perhaps, just too far ahead of his time.

3 races in 1979 then Lotus went back to the trusty type 79 which at least went round corners.

The six-wheeled Williams. It never raced.

Valued Member
Here is a whole list of cars that never raced...

Although I wonder if the Ferrari sigma would have been fast what F1 would look like today...

Valued Member
So let's redefine the criteria, to make this list the car must have taken part in at least one Grand Prix. Does that work? 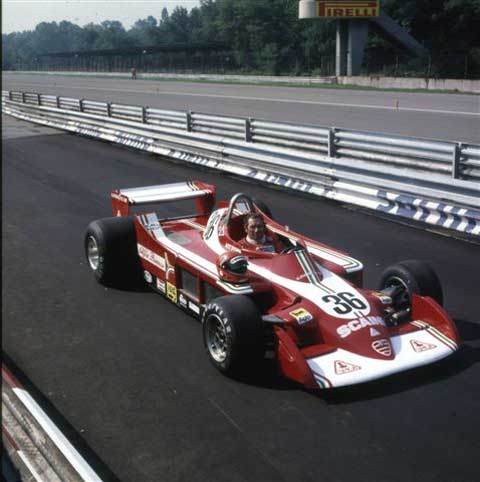 The table on wheels!

Staff Member
Premium Contributor
I give you another Lotus, The Type 76 (or John Player Special Mark 1 as Chapman told the press to call it)

The first F1 car to be fitted with a semi automatic gear box and the first F1 car fitted with four pedals to allow for left or right foot braking. Designed to be a lighter, faster version than the type 72 it was unleashed on F1 in 1974.

7 races, One 4th place, 8 retirements and a disqualified.

It was so bad that Ronnie Peterson told Chapman that he wouldn't race it and to get the old ones (the Type 72) out. Chapman did and Peterson then went and won the Monaco GP.

The gear box was a failure, the pedal system didn't work, the handling was all over the place and it was heavier and slower than the 72. 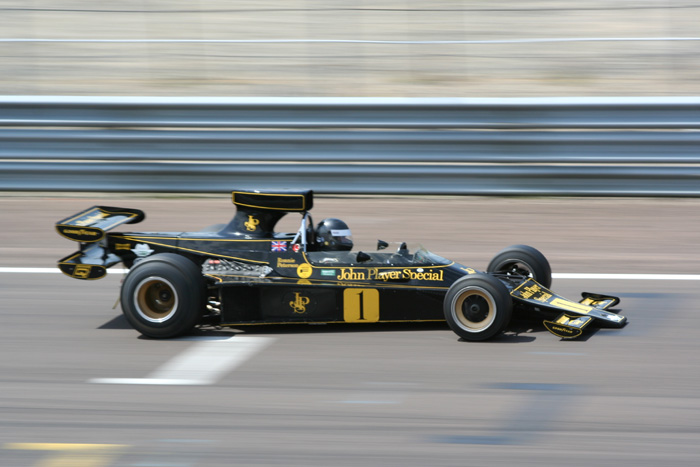 The Lotus 80 and 88 is what an GP racecar should be. Active suspensions were supposed to fix the 80 and 88 issues.

Sadly all the good stuff got banned due to stupid team bosses and FIA leaders.

Contributor
The 4wd Lotus 63 rarely raced, partly because it was so bad that Hill and Rindt refused to drive it!

Staff Member
Premium Contributor
I was going to post about the Lotus Type 94T however, I think it's worth quickly running through the whole of a very bizarre season for Lotus by any standard.

The 1983 season was the first after the death of Colin Chapman who had passed away in December of 1982. Lotus had signed a contract to run Renault V6 Turbo engines in place of the venerable Ford Cosworth DFV however there was only enough engines to run a single turbo car at least for the opening half of the season. Therefore the Type 91 was developed from the previous season into the Ford powered Type 92 which Mansell drove while De Angelis drove the all new Type 93T.

Both cars were extremely difficult to drive and the results were woeful. Mansell used the 92 for 8 races and manged a single point for one 6th placed finish while De Angelis after a single race in the 92 at the season opening Brazilian GP where he was disqualified, managed with the Type 93T, no better than a 9th placed finish at the Belgian GP and 6 DNF's.

Lotus' sponsors, Imperial Tabacco summoned Peter Warr to a meeting and told him that if the results did not improve by the British GP (about 6 weeks away by the time of the meeting) then Imperial would withdraw their sponsorship at the end of the season.

Warr had just hired Gerard Ducarouge to lead the design team and gave him the brief that Lotus would need to show a significant improvement. With 5 weeks to the British GP, Ducarouge asked Warr if he could build two new cars and this was green lighted.

In order to save time, the old Type 91's were taken out of storage and the new car, designated the Type 94T, was based on these chasis. Ducarouge designed a new body while the 91 chassis was cut at the rear to allow for the mounting of the Renault engine in place of the old DFV. The type 91 fuel tank was smaller than the fuel capacity required to run a turbo engine so Lotus were forced into adopting a re-fuelling strategy and the tank was cut around to include a new filler and breather arrangement to allow for that.

Come the weekend of the British GP De Angelis and Mansell were ready to make their debuts in the 94T. De Angelis qualified in 4th place which was a seasons best to that point however Mansell struggled and qualified in 18th. In the race De Angelis was out on lap 1 with electrical failure however Mansell drove a superb race and climbed from 18th to 4th by the end of the race. It was enought to convince Imperial that Lotus could survive (for the time being) in F1 without Chapmans influence and the sponsorship deal was renewed there and then.

For the remainder of the season De Angelis managed just 1 points finish from the last 7 races however he did take pole at the European GP while Mansell a 5th, a 4th and a 3rd using the 94T and he also drove a single race in the type 93T.

Valued Member
I remember reading an interview with the late Peter Warr, in which he said the 93T's peculiarly squarish design was a result of Chapman wanting the maximum cash from JPS et al - their logos would show better on a flat surface. It sounds too ridiculous to be true, but then you look at the car...and his business dealings weren't going too well at that stage...