More trouble for the Nurburgring

Contributor
Apparently the state of Rhineland Palatinate has withdrawn from the contract it had with the people who rented Nurburgring from them. They even consider to tear down some of the new complexes (like the theme park).
I'm not sure what that means for the future of F1 there, but it certainly isn't going to help...

Contributor
I just hope that this mess can be cleared up fairly quickly. The "new" Nurburgring features have not caught on, it needs to be returned to being a motor sport venue.

If things go badly KFCITW may need to have to go to Hockenheim next year after all.

Is that my new nickname?

Contributor
Been brewing for a while, there is a thread somewhere in the grandstand section with a few extra articles/news. (Could they be merged?) Is it not those annoying Green Party folks in power in the Rhineland? Thank God they are unpopular over here (although Silverstone is one of two GP that the government don't have a stake in.)

tooncheese said:
Been brewing for a while, there is a thread somewhere in the grandstand section with a few extra articles/news. (Could they be merged?) Is it not those annoying Green Party folks in power in the Rhineland? Thank God they are unpopular over here (although Silverstone is one of two GP that the government don't have a stake in.)
Click to expand


No these Green guys are the leading party in Baden Württemberg, over there in Rhineland Palatinate it's the Social Democratic Party who leads a coalition with the Greens being their junior partner...Anyway that's the head of Rhineland Palatinate, that says it all I guess 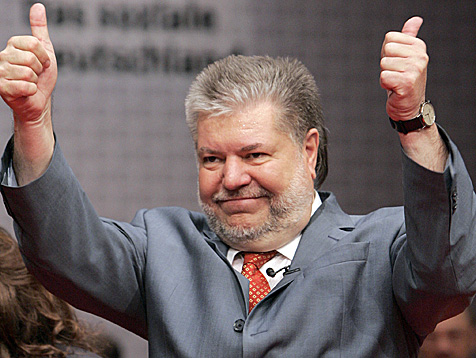 Contributor
I hope the trouble gets sorted quickly! Contrary to popular opinion, the Nurburgring is one of my favourite F1 tracks.

Contributor
Yeah, public opinion has you down as a Valencia fan.

Is the Nürburgring owned by the German Govt.?

Contributor
No but by the local government (state of Rhineland Palatinate).

Kamui-FastestChefInTheWorld said:
Is that my new nickname?
Click to expand


If you want, but more because I was too lazy to put your name in full. I am still intrigued as to why you are going to Hockenheim next year, I'm thinking of going this July.

When did I say I was going next year?

Kamui-FastestChefInTheWorld said:
When did I say I was going next year?
Click to expand


Earlier today. Before the edit.

I'll be disappointed if there is no race at the Nurburgring next year. It would be nice if there were some good camping weather though.

gethinceri said:
Yeah, public opinion has you down as a Valencia fan.
Click to expand

I mean that the Ring isn't a generally well-liked track.

Contributor
According to Autosport, the local government has given the Nurburgring 240m Euros to help pay for its needed upgrades. Great news

Valued Member
All hail the infinite tolerance of the German taxpayer!


I thought it stood for Kentucky Fried Chicken It Tastes Wicked...

Staff Member
The European Commission is investigation the aid: http://www.autosport.com/news/report.php/id/101751

The European Commission has announced it is stepping up its investigation into "several additional financial measures aimed at avoiding an immediate insolvency of the companies concerned" amid fears that the measures were not granted on market terms.

"At this stage, the Commission has doubts that the measures were granted on market terms and that the companies are viable without continued state support," said the EC in a statement.

"The extension of an in-depth investigation gives interested third parties an opportunity to comment on the additional measures under assessment; it does not prejudge the outcome of the investigation.

"The Commission is concerned that Nurburgring may already have been a company in difficulties in 2008, when it received the previous aid. Because of its highly distortive effects on competition, rescue or restructuring aid to a company in financial difficulties may be granted to a given company only once in a period of 10 years.

"The Commission will now investigate whether these repeated public interventions were in line with EU state aid rules."
Click to expand

Bosses of the Nürburgring are facing legal action for embezzlement. Walter Kafitz, former Managing Director of Nürburgring GmbH, ex board member Ingolf Duebel and two other members will go before a judge on 16 October.
Click to expand

The Circuits of F1 Marathon