Valued Member
It was race around Long beach yesterday, and a good race it was too. Motorsport.com went big on Romain Grosjean finishing second, completely ignoring the fact that Josef Newgarden won the race. However, the most enduing image will be Simon Pagenaud getting his car stuck in a flower border. 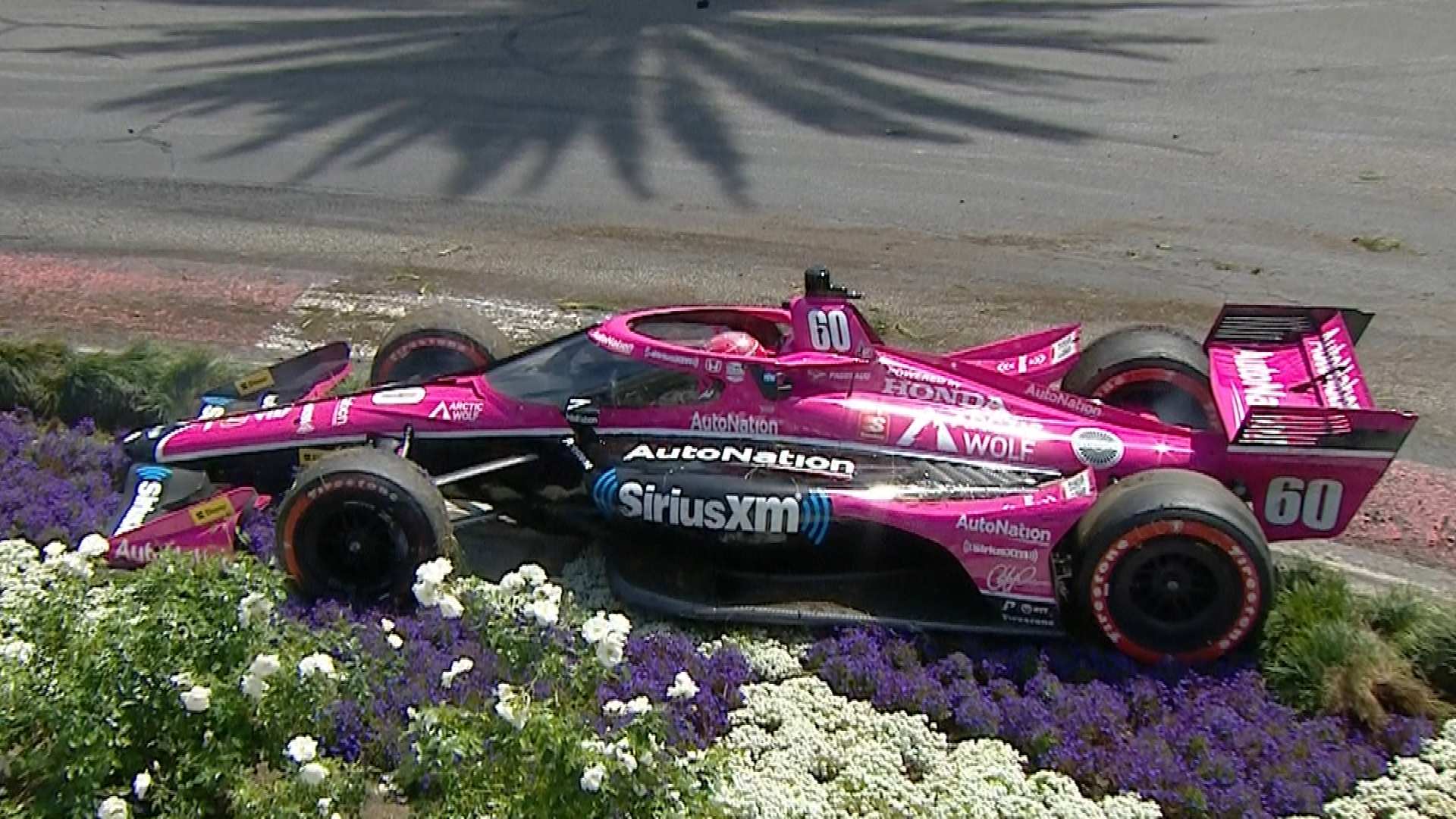 A couple of other observations, to compare and contrast with F1.

There are no tyre warmers in Indycar, so when the drivers leave the pits getting the tyres up to temp is down to their skill as a driver. In Australia this weekend one of the "best drivers in the world" couldn't even manage to keep his car on the circuit with the tyres having sat in 100 degree tyre blankets before the start of the race.

When the safety car comes out all the drivers sit line astern, they don't appear to whine about "it not going fast enough", speed up and slow down randomly, or drive up the outside of the car in front in an attempt to create "pressure" on their competitor. They realise that the safety car is out for a reason and do as they are told, even to the point where marshalls are able to stand on the track, direct the cars away from where they are working and get them to slow down even more when needed. No red flags, no histrionics.

The brats in F1 cars have much to learn. I do hope the new race directors will clamp down much harder on the sense of entitlement nearly all F1 drivers seem to believe they have.

Staff Member
Premium Contributor
I started watching Indy racing when Mansall huffed off over the pond in the early 90's and I stuck with it for over a decade, probably watching it as often as I'd watch F1 thanks to Eurosport's coverage. Gradually my interest fell away. Not really sure why.

Valued Member
It was difficult to track down at one point. Now Sky F1 carries the NBC feed, and fills during the never ending ad breaks with some bloke "back in the studio".

Staff Member
Premium Contributor
Mark Blundell's win in the wet in Portland for PacWest in 1997 remains one of my favourite races in any series that I've seen. A brilliant race.

oh yeah i love indycar FB , i remember the albiet champ car days of De ferran, castroneves, da matta, franchitti & kanaan. as you've probably seen on the thread. i guess to a european audience that website will be in. grosjean is the story more than newgarden even if he is the better driver, i think grosjean is a future indycar champion but he would need get used to the ovals

off with 3rd he pushed too hard & then crashes out. once he learns consistency he could be huge & in a few years if he won indycar title. id put him in the mclaren alongside Norris

i love that image. spun around then destroyed the flowers

Staff Member
Premium Contributor
The IRL / CART split set the sport back a decade or more at the time when the eyes of the world were on it and looking for alternatives to F1.

cider_and_toast said:
The IRL / CART split set the sport back a decade or more at the time when the eyes of the world were on it and looking for alternatives to F1.
Click to expand

i know, its incredible how quick the downfall was, considering how they went from worldwide recognition in 1993 with some fantastic names. to 1996 where they self destructing splitting in 2, tony george having a strop because he couldnt get his own way, & so decided to try to have fully oval series to take on nascar is ridiculous. also in taking his indy 500 away devalued everything in 1 fell swoop, Most of the top teams and drivers boycotted. so it fully of nobodies & appartantly least expierenced grid since 1932

it harm that they have only just got over not that they will ever gain that success again
Last edited: 15 April 2022 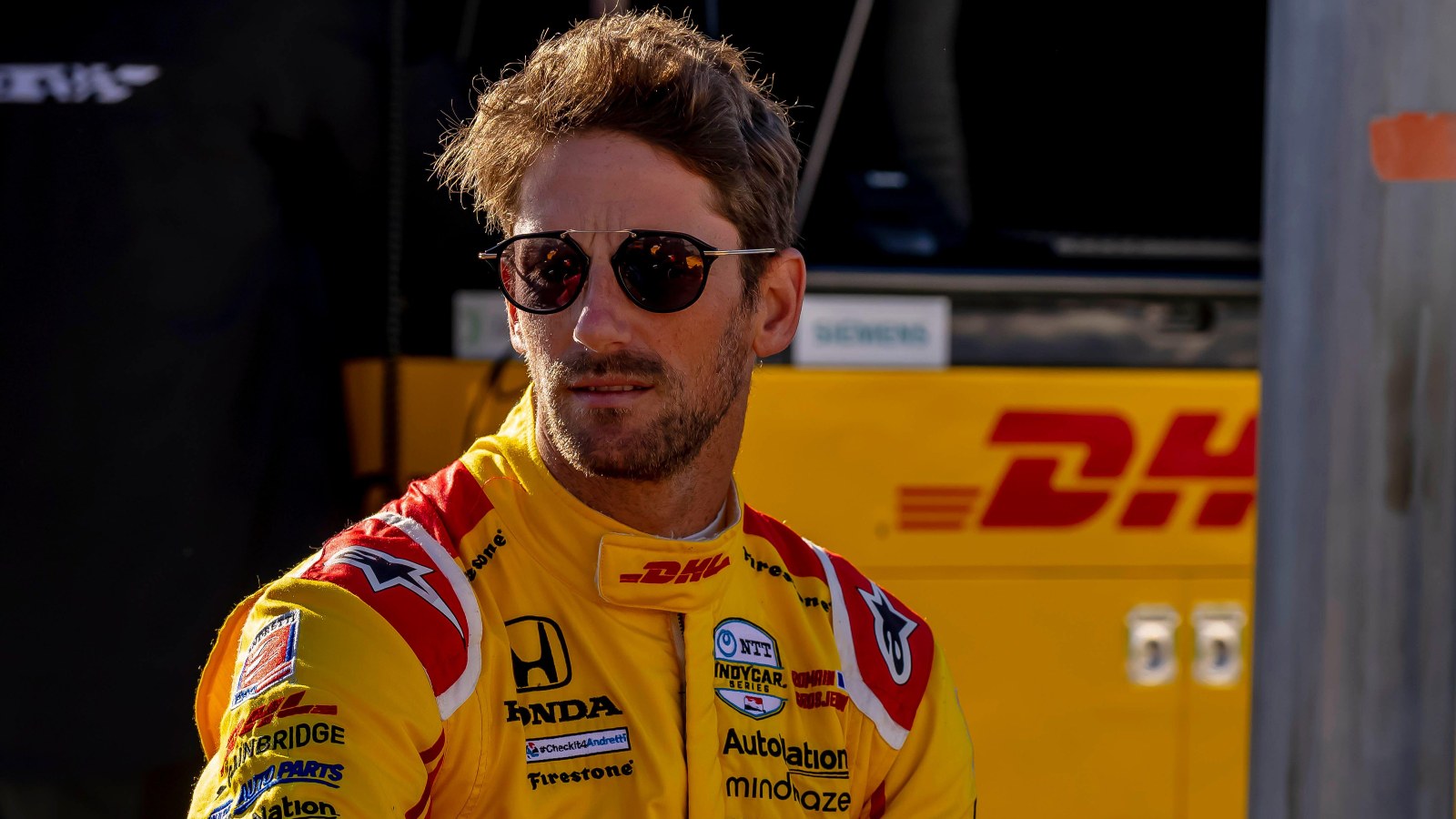 Former F1 driver Romain Grosjean has been told he has "overstayed his welcome" in IndyCar by a fellow competitor.

watching indycar traditional month of may warm up on the road course. absolute banger of a race


https://twitter.com/i/web/status/1525566637000122368
this strategy move was a genius 1. because went from 13th to 2nd. & won the race. which was mad one just weather wise. it started wet, it dried out, then half the track was wet, the other half the sun was out. then we had the whole field under caution come to pit for new slick tyres. think rain is ending, it will dry out & then we had a deluge 2-3 laps later everyone (bar 3 drivers up near the front who decided to stay out) come back for wets all in the same caution. 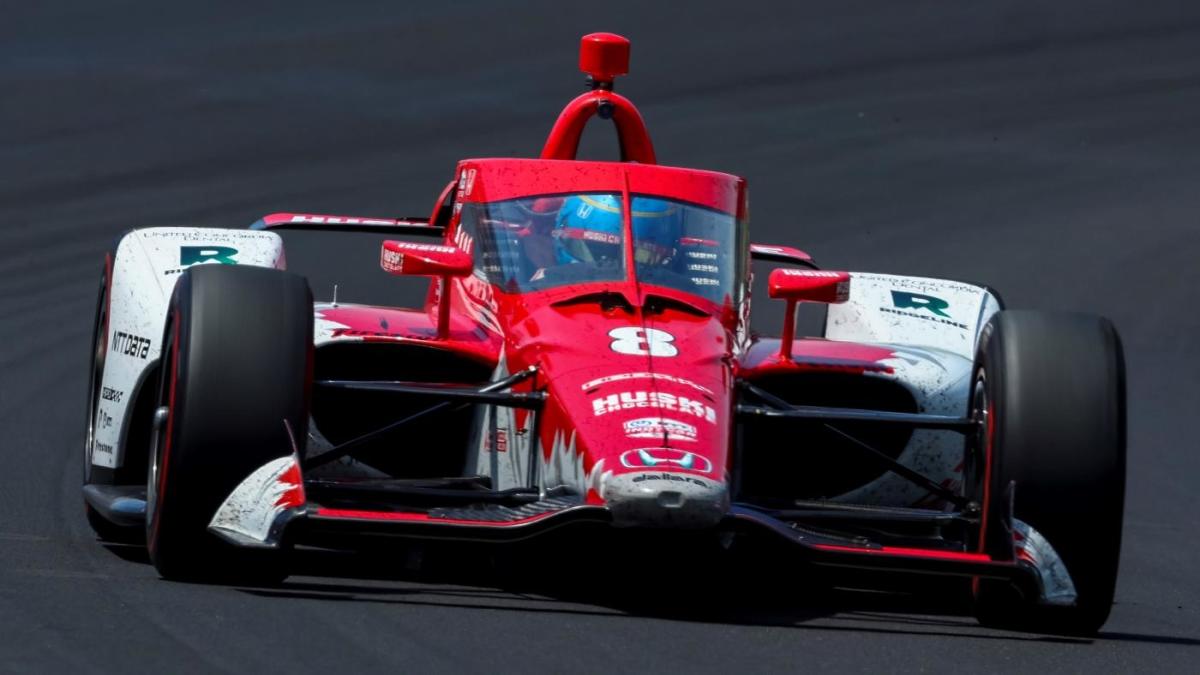 Staff Member
Premium Contributor
Good race. Needed that to mind bleach the Monaco GP out of my head.

Ericsson was under immense pressure for those last two laps.

Dixon will be kicking himself for the silliest of mistakes.

just watched it i will start this this by saying that I dont mean to be rude in what im saying but it might appear so. firstly he fully deserves it this. it wasnt a fluke it wasnt through pit strategy & cautions coming out at a good time like many have before him. he qualified 4th/5th he was at the front all the time kept his head while everyone else lost theres . Dixon of all the guys 1 of the most talented & experienced to attack the pit limiter what was he thinking. Ericsson fully deserved that

but i cant think of a more unlikely champion than Ericsson he was terrible in F1. 97 forgettable races highest finish of 8th 18pts half came in the very good 2018 in hands of leclerc. not much better in F2 2 feature race wins in 4 years finishing 17th 10th 8th 6th in championship & just looking at the company he belongs in as well it just ridiculous the company he keeps

Staff Member
Premium Contributor
I think it's a different kind of racing though. Alex Zanardi took wins in many different series including World Touring Car, Formula 3000 and 2 Indy titles and yet, in 5 seasons of F1 he only scored a single point for one sixth placed finish.

Ericsson drove a fine race. Stalking the front runners all the way up to the final laps and then surviving two laps of the most intense pressure.

I don't think you could replicate anything like that for a driver in F1 to come through the pack in the same way.

I'm not saying Ericsson is a true great but F1 has a habit of making good drivers look far worse than they maybe.

Ericsson he fully deserved it. he won it on pure pace. which isnt the case some years some have won by going off strategy & hoping the fuel lasts. to keep his head was brilliant. your got a good point sometimes you do find a series that fits for is i mentioned about alex palou when he won the title last season. an also ran in europe highest of 7th in GP3 & F3. but 2nd season came in & it was like he had been there for years

i nearly forgot about the ending. imagine Red Flagging a race because there was a serious crash with 5 laps to go so they would guarantee a green flag finish. i was told by the FIA thats was stupid idea

very interesting race on sunday where qualifying really didnt matter it seems it was all about race pace as you either when for reds at the start or reds at the end & hoped it stayed dry, all of the top 4 & alot of the top 10 started on the option red tyres. to get a good start & get them out of the way. as they were expecting them to last between 5 - 10 laps. some on the reds decided to come in early go for a 3 stop like alexander rossi, drivers like Newgarden who was on pole tried to make them last until the 2 stop window opened but was losing alot of time, his lead went from 5 secs to 1 second on his in lap

then power in closing stages in a strangely fully green race the 1st in its 30 year history. came out with 20 laps to go & tried to hold on as much as he could, & as rossi was closing in, in the final stages we had the strange situation that power was stuck behind a driver that he wasnt quick enough to lap but his option tyres hit the cliff 1 lap to late for rossi who came very close to closing a 8 sec in 5 laps & but if it was 71 lap race it wouldve been rossi 1st win for 3 years after ironically announcing he leaving for mclaren in 2023 but it was redemption for Power who dominated but overheated in the red flag spell in 2021

shame that sunday was the final race on the streets of belle isle such a brilliant circuit, in a great setting. but a mix of wanting to return to the F1 circuit after Detroit City Council voted 7-0 in favour of bringing it back downtown & the locals unhappy of the environmental effects & lack of park access in the weeks that it take to assemble & disassemble the circuit 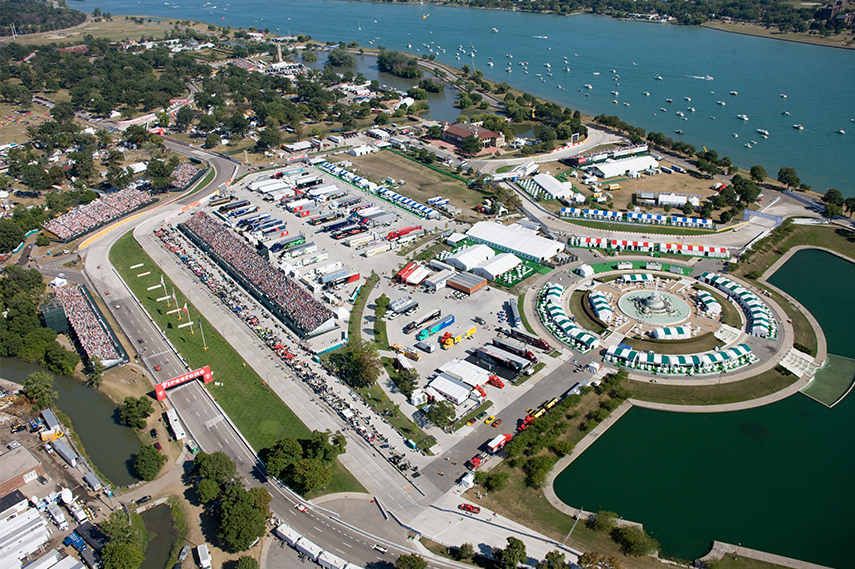 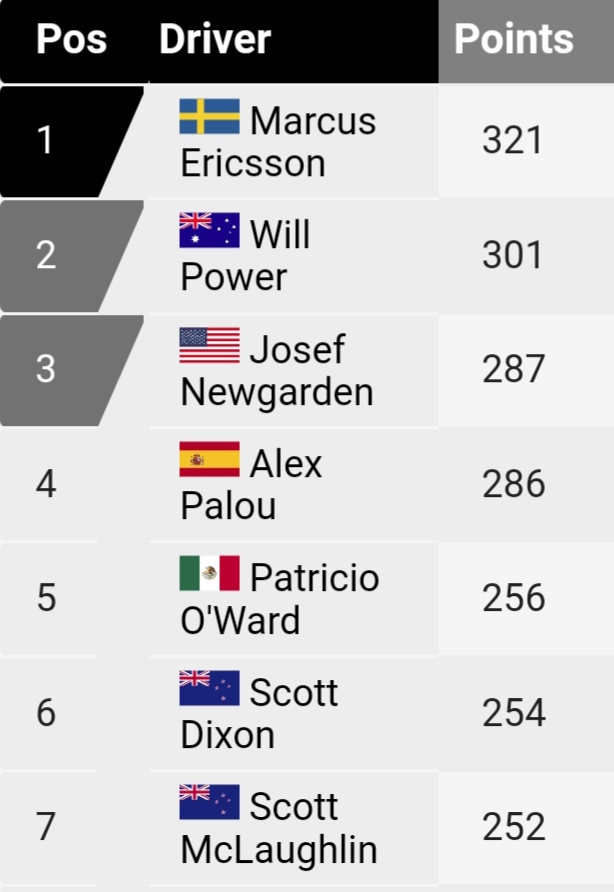 & post the civil war of mid ohio. where Andretti self destructed. ruined hertas race by not pitting under safety car & then Rossi forced off his teammate Grosjean. he then publically over the team radio. said i refused 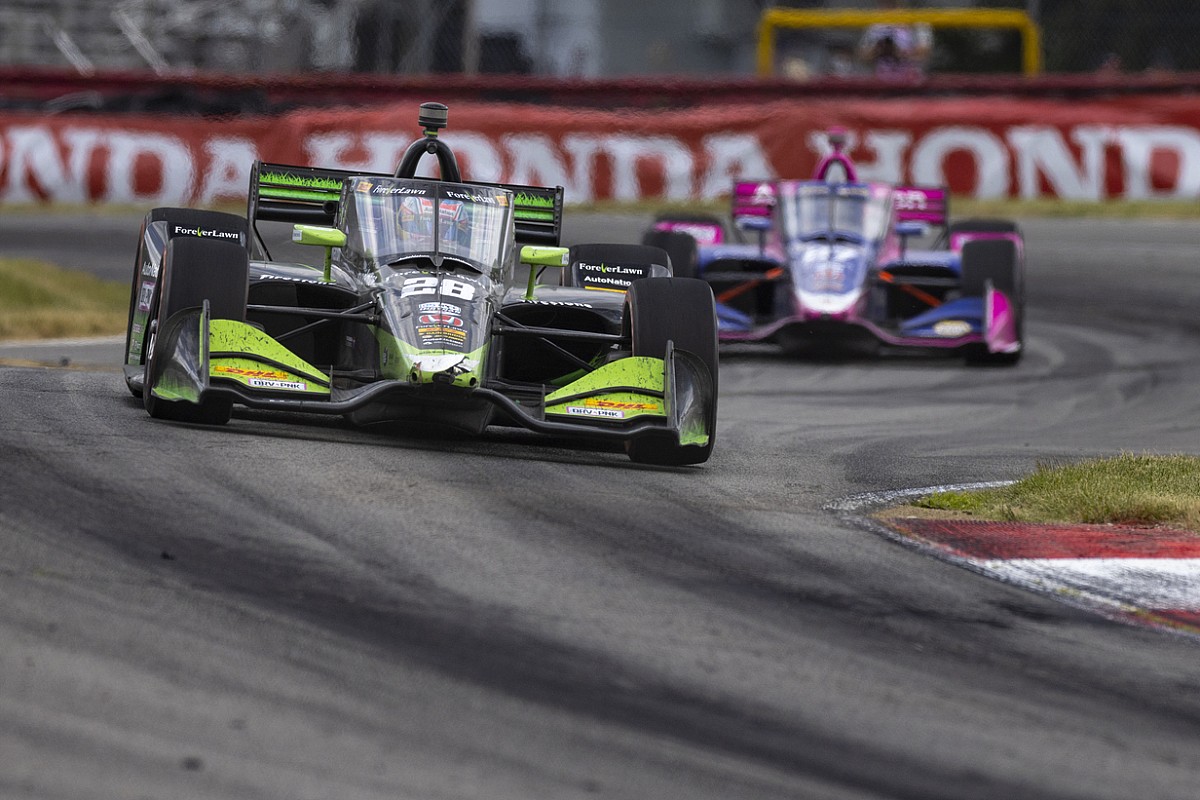 but i woke up & seen this extremely confusing news

Il_leone said:
It depends what has been said which Palio disagrees with and who has the right to exercise the option for 2023

i would assume that Palou will have potentially made a mistake, & not realise that they it was a 2 year + with 1st refusal on a 3rd.

but it is strange timing, as did chip know & so announced 1st or did mclaren have to announce after chip announced his deal. because way Palou has said his quote makes you wonder if its been known for a while. i cant imagine any motorsport teams not knowing the fine details for everything for something like this to happen

i fully expect Palou to end up in McLaren indycar team or maybe even formula E (because all they say about these new signings/renewals its mclaren family & not a specific series), with a compensation deal because the next 2 months are going to be extremely awkward. never mind a full season again
Last edited: 13 July 2022

Back to the Front
2

Drivers of the Noughties Marathon
2