I love kimi but its right decision despite in last 6 races producing his best form sinces he's been at Ferrari. but got to take into account he's had been awful in 2015 16 & 17. surprised kimi off to sauber must be as a mentor maybe to giovinazzi. because in 2015 16 & 17 as I say the guy struggled for motivation when podiums were at stake nevermind racing for 10th. he's a fantastic character I get the argument that kimi & Alonso leaving at same time would be a blow,

but by the 2020 abu dhabi gp he will have turned 41. only Micheal Schumacher, Vittoro Brambilla, Jaques Laffite, Mario Andretti, Nigel Mansell, Pedro De la Rosa & Rene Arnoux would be driven a F1 Car older than him in last 40 years surely we want him to leave at the top
Last edited: Sep 11, 2018

F1Brits_90 said:
must be as a mentor maybe to giovinazzi.
Click to expand...

I really can't see Kimi mentoring anyone. He is one of the most hard to understand drivers in F1. He's been around for 17 years and yet I haven't got a clue what motivates him or why he keeps doing it. He was even a world champion more by accident than design. A very strange character. Certainly not the first name on the list I would think of if I wanted to employ a driver to mentor.

Contributor
Money motivates him. I can't see Giovanzzi landing a drive now I'm afraid unless Haas suddenly pick him up. Looks to me like they'll keep who they have though.

cider_and_toast said:
I really can't see Kimi mentoring anyone. He is one of the most hard to understand drivers in F1. He's been around for 17 years and yet I haven't got a clue what motivates him or why he keeps doing it. He was even a world champion more by accident than design. A very strange character. Certainly not the first name on the list I would think of if I wanted to employ a driver to mentor.
Click to expand...

true. im just trying to make some sense of it as you say, he been around 17years & In them 17 years I feel like I know him very well as much as you can without ever meeting him, like you do with a lot of sportsman after a while. I just dont get it. I dont understand why he would want to drive in the midfield

Contributor
It is a strange decision, but look how well the same move went for Alonso...Oh hang on.

Contributor
I think placing Kimi at Sauber is, at least in some part, an insurance policy for Ferrari should Leclerc not hit the ground running...

The unverified rumor that I saw yesterday said that Kimi was also getting some ownership stake in Sauber in exchange for swapping seats.

Contributor
Kimi already owns his own team - we'll be pays for it and Robertson runs it. Be interesting to see if that name suddenly appears on the car.

Contributor
Also just thought. If he part owns the team now does that mean Ericsson's backers are out and so will be Ericsson?

Premium Contributor
I love this switch. Ferrari's delay in not replacing Kimi sooner will perhaps be seen as an error – I'd rather he'd gone sooner – but Leclerc seems like the right fella for the job. And keeping Kimi on at Sauber is great for F1. Usually I'd prefer an oldie like Kimi to hang up his gloves in favour of new blood, but he's gonna be good value for a season or two yet.

Contributor
If Kimi does now own part of the team does that mean next year they'll be sponsored by a Vodka or Ice Cream maker?

they going to announce magnum sponsorship for 2019

Valued Member
Great decision by Ferrari, terrible one by Sauber. Raikkonen is an astonishing negotiator...or has the best manager in the pitlane ever. He was such a talented and exciting driver once, but few will remember that, and this move will complete the tarnishing of his reputation.

Staff Member
Premium Contributor
He could quite clearly follow Alonso's route through the WEC and Indy racing. Imagine if he nipped in under Alonso's nose and won the triple crown? But no, he's content to paddle around in a Sauber for two years to no good end. Where the chuff did Sauber get the cash to pay for Kimi anyway? It wasn't so long ago they were hiring pay drivers by the dozen and on the verge of collapse.

Contributor
I still admire Kimi. He has been the only F1 driver that I am aware of that had the nerve to compete in the WRC where the "world's best drivers" REALLY reside. If you doubt that, try to imagine F1 races taking place in rain, snow, hail and sleet, and on surfaces of sand, mud and gravel!

Having said that, I still think that it is time he called it a day in F1.

I, for one, would love to see him beat Alonso by winning the triple crown (as C_A_T suggested) although, in all honesty, I would prefer for Graham to continue to be the sole winner of that distinction.
Last edited: Sep 11, 2018 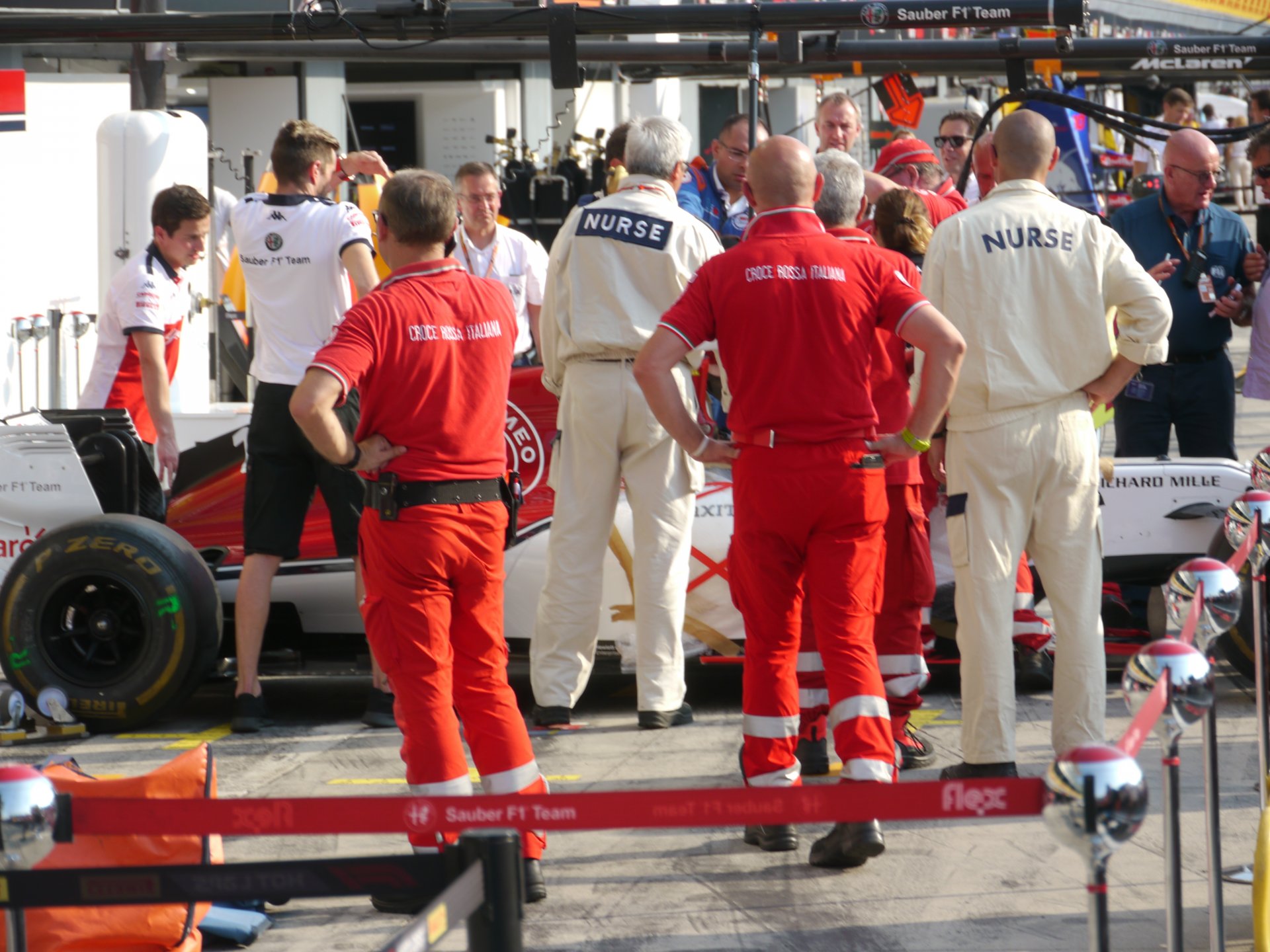 This may tie up with something that happened in the pit lane walk in Monza. There seemed to have been some sort of incident which required the presence of medical personnel at the Sauber garage. A fight over who is going to have the seat, perhaps?

Galahad said:
Great decision by Ferrari, terrible one by Sauber.
Click to expand...

I'm not so sure that Sauber have made any kind of decision at all: My understanding is that as part of the latest commercial tie-up between Ferrari and Sauber (or FCA and Sauber to be more precise), Ferrari have one of the seats there. Observer, commentator and sofa logic will all quickly reach the same conclusion - that Ferrari should place a junior there, Giovinazzi perhaps being the most obvious choice, but as is so often the case, this is not about choosing the 'best' driver.

Sauber's relationship as pointed was they expect to field at least one Ferrari backed driver . It appears people power have forced Ferrari to dig themselves out of a bit of a mess to place Kimi in their sister brand - Alfa Romeo which is pretty much a rebadged Ferrari

Contributor
I would love to see this happen: