Contributor
In my experience the commentators often say that FP3 is the first real indicator of true speed in the weekend. It seems that the drivers use it for, amongst other things, a high speed run on the faster tyres and low fuel to give themselves an indication of good balance for qualifying. They then load up with fuel and continue on the same tyres to check on the balance they can expect on their first stint in the race. I would have thought that these two activities alone would make it an important session.

This is probably not the place to discuss this, if you wish we could discus the uses of free practice sessions in a new thread.

I always considered FP2 the most useful. I think we can all agree that FP1 is the most useless.

Premium Contributor
FP2 is the most important IMO, the long fuel runs followed by a quick lap at the end of the session. Not to mention drivers don't always push 100% on Saturday morning because if you bin it you're starting from the back of the grid.

Contributor
FP3 has one important purpose - it focusses the mind on qualli.

In 2010 Alonso found FP3 at Monaco such a waste of time that he ended up turning it into a waste of a Grand Prix. 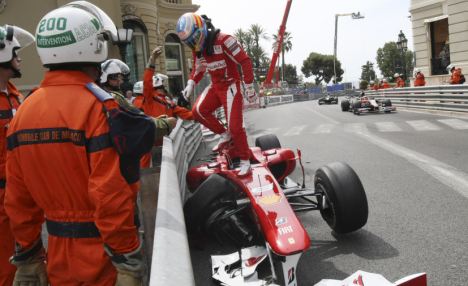 Contributor
I would say it entirely depends on what programs the teams and drivers are running. None of us know that, so we can only speculate. I certainly wouldn't use FP3 as a mirror ball into qualifying and race performance and even more certainly wouldn't use it to judge the relative performance of two teammates over a weekend. They are all very useful to both the teams and drivers in order to prepare for race and qualifying.

Contributor
Every practice session is useful in these days where testing days are so restricted, I don't think I can remember a team saying "we didn't run in FP 1/2/3 because we didn't see the point".

Contributor
I wouldn't use any of the free practice sessions to measure the relative performance between teammates at a race weekend. However some people consider them to be of prime importance.

I'm not sure this thread will be very long as I think Bill Boddy and gethinceri have answered the question perfectly well. It will be interesting to see how many pages this runs as the discussion turns to "how useful FP3 is to the viewing public and fans?"

To which I will say this only once

: If one understands what is going on it will be useful. If not it won't. Unfortunately, for the casual fan the various commentary teams who should keep them informed will only be pre-occupied with who posts the fastest laps, so for those poor souls FP3 will be about as useful as an ice cream in a snow storm.

Contributor
I'm confused Bill Boddy. This whole thread was created deriving from a conversation on another thread where you used Jenson's faster time in FP3 to justify him having the measure on pace of Lewis in Monaco last year. Did you forget about that? It was only yesterday.

This thread seems to be a very confused one on the whole. The title of the thread is quite misleading with regards to the intent stated in the article, which was originally a direct reply to a post of mine on another thread.

Contributor
First of all, this thread was a break-off from the 2012 Monaco GP race thread. A statement was made there which although it was posted earlier it never got onto this thread. It was:

"he looked a notch above Button last year in Monaco, well at least until McLaren cocked up qualifying for him"

That started it. You came in having picked up what I said but not the sarcasm involved. I had used that since I thought it was just a tad silly for someone trying to have a pop at Button over free practice times which we all know are in the main not very meaningful.
You came up with the statement that Hamilton had been quicker in both Q1 and Q2. Tbh, the Q1 and Q2 times are also rather meaningless to the top teams, they just do what they have to to get into Q3. Drivers can cock it up in those sessions, but the don't get race points for them.

Another part of your statement that I found a little odd is that Hamilton drove better than Button because he picked up 3 places against Button losing one. It is actually more difficult to hold on to second place than it is to overtake the midfield drivers, plus there are circumstances to consider.

Button was unfortunate with pit stops, team tactics, the safety car and the red flag. There was a fair amount of discussion on this in the race thread, http://cliptheapex.com/threads/2011-monaco-grand-prix-practice-qualifying-race-discussion One of the things brought up there was that Alonso was reputed to have said that he was going to have a big push on Vettel before the finish even if it meant one or both of them would be put out of the race. Had there been no red flag then it might have finished with Button winning by default. But of course, there was a red flag so nothing happened.

When we look at what happened with Hamilton we find that he did go from 9th on the grid to 6th at the finish. Two of the drivers who had been in front of him, Schumacher, Massa and Maldonado, did not finish, whilst Rosberg had a dreadful day, finishing two laps down. So Hamilton gained four places, not three. The anomaly is fixed by Kobayashi finishing ahead of Hamilton. So effectively Hamilton lost one place, just the same as Button.

So, have a nice trip to Monaco, I've only been there for a day visit not in a racing week. The tunnel is impressive to drive through even at normal speeds, the change in light intensity is quite large.

Contributor
My last and closing statement on the matter.

Lewis and Jenson drove in five sessions where their pace could be compared. These were FP1, FP2, FP3, Q1 and Q2.

Jenson was quicker in one of these sessions. There is no doubt that Jenson had a better weekend when all is counted but I don't believe that the above is any basis for saying that Jenson had the edge, were it not for McLaren's failure to provide Lewis with a qualifying opportunity.

Anyway, for the sake of everyone else, it's clear you have firm views and I'm pretty solid in my assertions too. I understand your point of view and how you have reached your conclusions, regardless of whether I agree with them, so I think we'll have to call this one a day.

Cheers for the Monaco well-wishes. I am incredibly excited, even if I am likely to get a bit wet on Sunday.
J

I don't know how useful it is, but I love watching FP3. It gives great build up to Quali as teams slowly begin to show their hand.

Valued Member
Of course if, like me, you don't find the practice sessions fun to watch, you shouldn't feel bad. You can still be a fan too.

ExtremeNinja said:
I am likely to get a bit wet on Sunday.
Click to expand

If that's based on advice from Jos you'd better pack the factor 50 instead.

Just a little note about Hamilton's failure at Monaco to post a decent qualy' lap in Q3. He had just started his hot lap when one Felipe Massa was exiting pit lane on an out-lap. Hamilton's run through the curves to Casino Square was shot as Massa crawled along ahead of him. To this day, I am mystified that there was no fuss ever made of this despite the fact that teams use the tracker to know exactly where everyone is on track to time the release of their drivers from the pit. Strange considering this incident gets cited as one where McLaren are said to have made the error in timing Hamilton's runs. I maintain that it was no error on the part of McLaren. Rather, it was a master stroke of timing on the part of Ferrari.

Shoot me down in flames if you wish, that is my view and I'm sticking to this one.

Contributor
I think everyone was a little wrapped up in the Perez incident.