Contributor
Looks like some form of driver head protection might really happen eventually, according to the BBC after their interview with Charlie Whiting:

Contributor
I just can't see (no pun intended) how the drivers safety won't be compromised by reducing their vision with this UGLY scaffolding in front of their face. 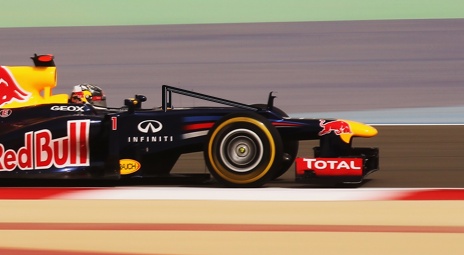 A much better solution would be the jet canopy, It may give slight distortion but at least there would be no blind spots. 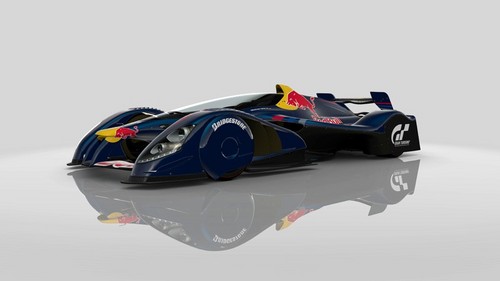 Contributor
Greenlantern101
They've already tried tests on that idea, and found (I think) that they didn't work; either they shattered too easily or the oncoming wheel bounced off and travelled about a mile into the distance (or both).

Supporter
I'm not convinced this is coming in the very near future to F1. As with the covered rear wheels, I think this kind of thing should start in the lower formulae. You can trial it that way and have the drivers who will eventually be in F1 get used to it.

Contributor
Chad Stewarthill
The bbc article states the jet canopy was effective. If jet pilots can fly and fight for their lives with the slight distortion then it can't be that bad.

From BBC...
A 30mm polycarbonate windshield deflected the wheel but shattered, while a canopy from a jet fighter worked effectively but would cause other problems, including distorted vision.


Edit: So what is a jet canopy made from?

Contributor
But pilots don't have to pick out minute braking points at 200mph and fly in that close contact with other planes so the distortion is less of an impact for them. Also, in the rain the visibility would be even worse with a canopy over the driver.

I think the jet canopy is polycarbonate.

Contributor
Greenlantern101 according to good old Wikipaedia, jet canopies are made from acrylic sheet. I presume this is less prone to shatter than polycarbonate, but would also be less likely to break by virtue of being fixed all around the perimeter, rather than having a potentially weak unsupported edge.

The jet canopy in the F1 tests might have been most effective at protecting the driver, but its main downside as far as I can see was that it was smooth and very springy, hence in race conditions a wheel could bounce off it and fly over any perimeter fencing and deep into the crowd. Not what you want.
The forward roll hoop's rigid, tubular construction makes it more effective in deflating the tyre (as it tries to 'wrap' itself round the stanchion), thereby reducing bounce and limiting the onward travel of the flying wheel after impact.

Contributor
If they test jet-style canopies I hope that they remember to de-frost the chickens.

Problem with this approach is they are trying to fix only 1 of the 2 issues. This front scaffolding approach may help to deflect objects coming towards the driver, and yes this may have avoided Massa's injury. But how many more crashes would it have caused from an obscured view, look at Vettel & Webber and they didn't have anything extra on the car......

The 2nd issue was the bouncing wheel that unfortunately killed Surtees, that wheel dropped from above so this scaffolding approach would have served no purpose.

A foreign object impacting the drivers head, throat, shoulders can only be stopped in theory by a cockpit canopy, simple, there would be no other way to mitigate. This in itself would cause a number of complications, lets list them:

Fans can't see the drivers
Driver extraction during fire
Medical assistance access to driver after accident.
Potential for Pin Ball Wizard of object bouncing off canopy, where will it land?
Vision during rain affected race, assume they'll need wipers?
Dealing with Oil on the Canopy, tear off strips currently for visors, equivalent, imagine that getting stuck in the radiator!
Where would they elsewhere restrict the car as I assume a canopy would increase the Aero affect!

If they want to solve the issue, they only have one answer a canopy, this in itself would then create more questions.

Staff Member
No doubt this issue will once again come to the fore after Alonso's lucky escape.

How long before we see closed cockpits on safety grounds?

... Well, Autosport are reporting that 2014 is when we will expect to see them, and that closed cockpits are "inevitable" http://www.autosport.com/news/report.php/id/102213

Personally, I am slightly uneasy about closed cockpits - simply because if a car flips over, then extraction will be much more difficult.... But it's obviously a case of just needing to weigh up the risks

I think it would be a pity to see closed cockpits, it seems contrary to open wheel racing. The sport at its top level is proving to be very safe but it could be totally sterilized if they attempt to remove all risk. I would prefer to see driving standards raised and the rule book rewritten outlawing blocking. The sport would not only improve its safety we would also see more overtaking without the need for artificial help such as DRS.

Contributor
I sort of agree Kewee, except that Sunday's carnage and very narrow escape was not the result of any sort of blocking, but simply by one driver unnecessarily moving across into another.

Chad Stewarthill......I probably should have included weaving. I've said a little more on my last posting on the Belgium GP thread. Cheers Chad.

According to the beeb, the working group are pursuing the forward roll hoop idea more than the closed canopy, as the blind spots won''t be too bad

Contributor
What effect would this have on the aerodynamics of a car? Currently after the wheels the most un-aerodynamic area is the driver.
I'm assuming a roll hoop wouldn't have an extended windscreen as with a canopy it would make visibility even more reduced in the rain. I don't think wipers are an option in a F1 car!

Surely a forward roll-hoop device would afford no protection whatsoever in the event of a lateral impact - such as that which nearly affected Alonso's head at La Source?

If they want complete protection then it has to be fully enclosed or remote control...