Contributor
Started on the 5th May, just watched the highlights of the first race. Was quite good.

Some new rule changes, the cars now have DRS, but can only use it once per lap, also they have to use both tyre compounds, sound similar to another Motorsport Series?

Calender for this year:

As the first race has gone by, BMW start off their title defense with a 1-2, with last years Rookie of the Year Augustus Farfus taking the win, with Mercedes trailing behind, and Audi struggling to produce their best like last season. Timo Glock was running well until he went off, then retired due to his wheel coming off.

You can catch the highlights on Sky Sports 2, 3, and 4, at random times, or ESPN, highlights do come on ITV4, not recommended due to only 15-20 minutes of racing, Jonathon Legard is the commentator ITV if you can stand him.

One thing I like to point out, these DTM commentators lack enthusiasm and the racings good though.

Bruno Spengler, a fellow Canadian (in fact French-Canadian being born in France), is the defending champion. He finally won it after trying for 6-7 years. Really fast from the very beginning; Rookie of the year in '05 and runner up for the title in '06, he had to fought his team-mate, ex-F1 champion Mika Hakkinen as well as Jean Alesi and legend Bern Schneider (also ex-f1 with lesser success). Even though he was given time on McLaren's simulator, he didn't have the opportunity to test the real thing. Probably it's too late for him to find a seat in F1 since he now moved to BMW which is no longer involved in F1, but nevertheless, a great athlete and the first Canadian to win an major international motor racing championship since Paul Tracy Champ Car championship in 03.

Contributor
Aye, I wanted him to win last year.

Valued Member
My youngest very kindly came in to tell me he'd just watched the highlights of the first round and didn't think to record it for me to watch. Little git.

Valued Member
Blimey, Mercedes' lineup is looking a bit thin. Is Ross hoovering up all the money at Stuttgart?

BMW have done incredibly well in a short space of time. I wonder if, across all the various motorsport disciplines, they have the best ratio of hits to misses? Honda would be contenders, certainly. Ford not so much.

Spengler 2nd and another canuck Robert Wickens 3rd at Brands Hatch, true they were inherited positions but they made podium nevertheless. With Audi taking the 1st spot, the season is starting to look very interesting ... 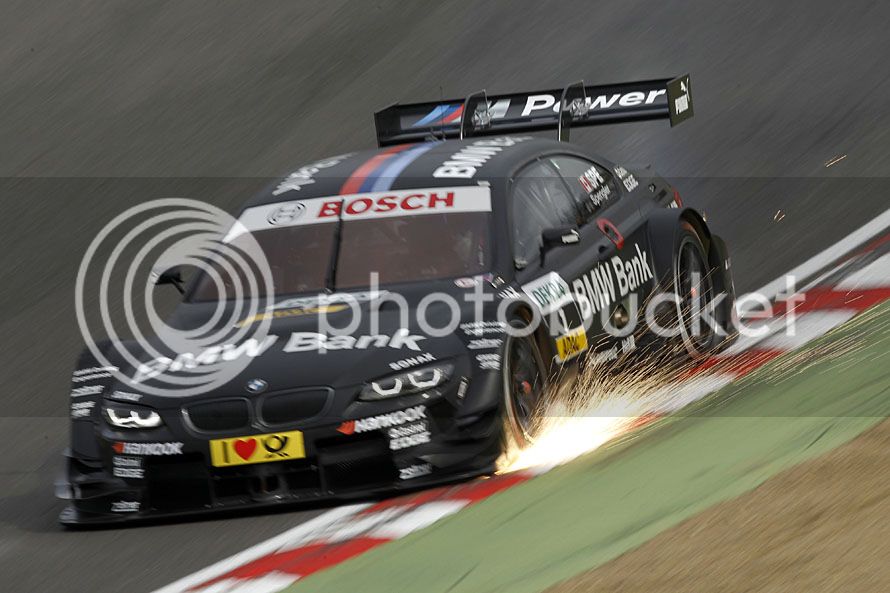 Season looks interesting, but Mercedes need to up their game.

Staff Member
BMW have really stamped their authority on this series in such a short space of time.
They currently occupy five of the top 10 positions in the driver standings, the top three positions in the team standings and the top position in the manufacturer standings.

Valued Member
Have McLaren helped out at all with this years Mercedes car?

Contributor
That was quite a race at the Norisring! Packed with incidents, overtakes, battles, safety cars, cars coming through the field, and some Legardisms!

Got to feel for Mattias Ekstrom that was a great race, only to be disqualified due to his dad pouring a bottle of water into his overalls which is against parc ferme rules.

Gary Paffet made a great recovery after having a poor start and getting a drive through penalty for a jump start, could have finished second, only for two incidents with Edoardo Mortara. Both got penalties which have been suspended.

Mike Rockenfeller had a solid drive from the back of the field to finish 4th and has increased his championship lead to two points from Bruno Spengler who finished behind him in 5th and who was joint leader of the championship before this round.

Audi are appealing the decision of Mattias Ekstroms exclusion from the race.