Contributor
With HRT completing their driver line with Karthikeyan, it's obvious that although we have six world champions on the grid for next year there are also several drivers who maybe wouldn't be on the grid, and perhaps don't deserve to be, if it wasn't for sponsorship money.

And then waiting in the wings we have:
Drivers of note without a seat: Petrov, Alguersuari, Buemi, Sutil, Heidfeld and others I’ve probably forgotten.

I don't know how much discussion this will generate, but certainly if you swap those five drivers without a seat that I've mentioned with five of the drivers that I've placed near the bottom you end up with a much stronger grid - possibly a grid that would have more depth in talent than any that has competed in F1 before.
We all now that money talks, and we have a ridiculously good grid as it is, but, without wanting to be mean, I really don't think the likes of Karthikeyan should still have a place on what is meant to be a grid of the top 24 single seater drivers in the world.
Feel free to create your own ranking system/add your two cents!

Trulli is a race winner too.

Contributor
Does that mean that Trulli is in the second tier of F1 drivers?

Contributor
Like I say, as with any ranking system there are flaws...

Valued Member
Here's where I think the drivers are... 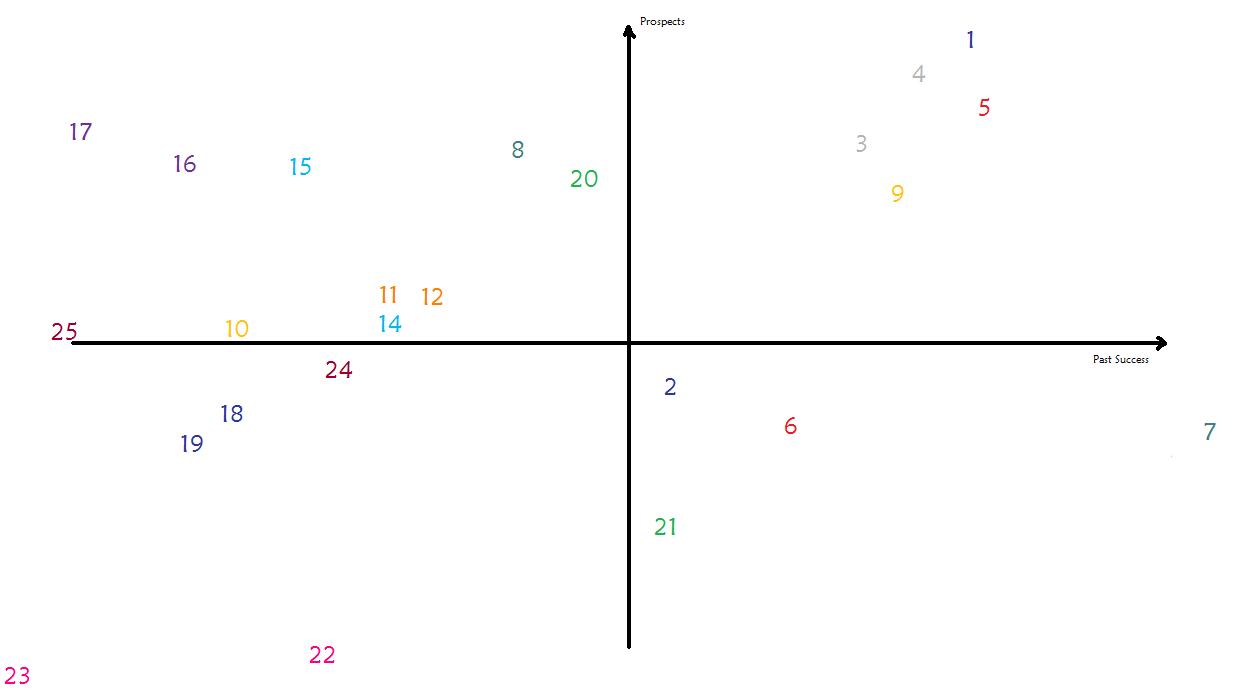 Naturally, I think just about anyone above the axis should keep their seats, and anyone below probably shouldn't.

Contributor
The names on these lists are not in any order...

Contributor
I'm sorry call me old fashioned but Sutil should not be in F1 or any other high profile sport, anyone who sticks a glass in somebody's throat no matter what the circumstances does not deserve a seat in F1 I don't care how talented they may be..

You may disagree and that is your right, but it is my opinion, if it were a footballer who had done it the press and the politicians would be baying for blood, it is not a good example to set and cannot be good for the sport..

Contributor
I agree that what Sutil did was stupid, however look at Senna taking out Prost in 1991. The safety back then was way less advanced than today's standards and the lifes of those two drivers and marshalls were risked. Yet Senna remained in the sport, because of the calibre of driver he was and because the fans loved him.

If your judging Sutil on talent alone then I think most people would agree that he deserves to be in F1.
M

Contributor
Obviously his talent is not in question just his temper, on talent alone then yes he deserves a seat..

Where do we draw the line when it comes to behavior and deserving a place in F1? Prost was roasted for hitting Senna. Senna was seen as a vigilante when he took out Prost, maybe gaining support for his treatment a year before. Schumacher was harassed for hitting Hill but got away with it in the end, however the same result was not repeated when he hit Vilenuve in '97. All of these are on track behaviors and are separate from Sutil's incident, but we can make comparisons.

If we allow the drivers to get away with negative behaviors they will repeat them (case and point -> Schumacher). An example must be made of those who are unsporting.

Sutil's behavior was pathetic and unbecoming of a top flight athlete. I could not agree with Mephistopheles any more. We should not give high profile athletes a free pass on behavior just because they bring in the bacon for these big organisations if we are then going to complain when these choices are repeated.

It should not matter who you are, there are always standards that you should aim to keep.

I wouldn't put Massa and Webber above Rosberg

In no particular order:

Contributor
Quite a few people seem to be passing judgement on Sutil for something that they were not there to witness, and which he has always claimed was an unfortunate accident. I get the impression from what I have read that if Adrian had bothered to get on a plane at some point and visited Lux to offer a direct, personal apology the whole court case might even have been avoidable.

Too many of Schumacher's and some of Senna's on-track antics, in contrast, were witnessed clearly by many and were undeniably deliberate.

James Hunt punched people and may well have taken to the track while under the influence of drink and/or drugs. Senna and Nelson Piquet also punched fellow competitors. Did they deserve to be in F1?

On balance, taking into account off-track behaviour and on-track performance, and considering that the likes of de la Rosa and Karthikeyan and to an extent Maldonado and Trulli have got seats for 2012, I would say that Sutil was deserving of a drive.

True, we don't know what Lux said to Sutil and we don't now if he really wanted to stab Lux.
I didn't put him on, because i didn't now where to put him. But considering what previous f1 drivers did, he deserves a place. In the end we all make mistakes.

Didn't the first f1 drivers drink alcohol, before a race? I now they smoked cigars in their cars. But i think i heard it somewhere or i have read it somewhere that they did.

I remember something from on Belga Sport about a former belgian f1 driver Bertrand Gachot doing prison. He sprayed pepper spray in the face of some guy or something.

Contributor
I know most people don't seem to like Maldonado as the money factor over shadows anything else he brings to the team, but one could argue he deserves a chance since he is a GP2 champion and consistently fast at Monaco a track where driver talent matters. Petrov was nothing more than a pay driver not so long ago.

downforce said:
One mark against Maldonado for me was the incident in qualifying at Spa
Click to expand

That was half a dozen of one and six of the other, IMO.

An easier way of looking at this question would be, If you were a team owner and money was not an issue would you employe the likes of Maldonado or Karthikeyan. or would look around for a really promising young driver who doesn't necessarily happen to have the backing of big sponsors?

The problem with underfunded teams, and unfortunately Williams is one of them now is we could miss out on the next truly great driver,,,