Do you support a team and why?

Valued Member
This may not be the best forum to pose such a question as most people contributing on here seem quite level headed but having been an F1 fan for a number of years (nearly 30) I'm still surprised when attending a Grand Prix, anywhere other than Italy, that people wear team colours. Watching my first season in 1980 I have affection for Williams but would not describe myself as a supporter. If I drove a BMW or Mercedes (does a Smart car count?) would I support the BMW team or McLaren/Brawn/Force India - no probably not.

I can understand, to a certain extent, supporting a driver from your own country; although I have never fully understood this as they don't represent the nation in the way that a national team does. Mansell "mania" left me cold in the same way that the hype surrounding British tennis players at Wimbledon does every year. Also, F1, for me at least, doesn't have the tribal element of football (I'm a Pompey fan for my sins in case you wondering as I was born in the city and grew up as a Portsmouth fan).

So, if you support a team can you explain why? Also, I have seen people in another place saying "I'm now a Brawn supporter" - if you have changed allegiance recently I am fascinated to understand what would drive this.

Staff Member
It's an interesting question.

The same applies to F1 in my case - I automatically want British drivers to do well.
I suppose this is a bit nationalist but it just seems natural to support drivers from my country of birth.
However, I do also tend to favour other drivers, mainly Finnish ones for some reason, although Kimi is starting to go against this trend...

As far as F1 teams go, I don't really support a team per se but I do have some favourites for whatever reason.
Ultimately though it's more about the drivers than the team for me.

Contributor
As you can tell by my avatar I am a Ferrari fan...

I started watching Formula One in '96 at the tender age of 7. I really started getting into it in '97 and I suppose I loved the livery of the Mclaren more than anything else - I wonder if DC being Scottish also had anything to do with it. Ironically, though, I was a staunch Mika supporter before he went on a permanent sabbatical and I've kind of supported Mclaren since.

As I've got older I've come to appreciate the job that Williams do in working on a comparatively shoestring budget and I like to see them do well.

when i first became interested in F1 the sport was dominated by the mighty lotus JPS, the glorious black and golden cars also known as the lotus 72 and introduced in 1972. driven by emerson fittipaldi and ronnie petterson. but then they changed sponsor and their livery became boring. ever since i have not been a fan of neither a team nor a driver.

if i would be asked what team i would like to do well, then it has to be the teams from the mid of the grid downwards. i find it less interesting to see a team with hundreds of GP wins winning another then seeing a team with much less resources turning over every resource and doing great.

there have been drivers from my country but i find this is not a reason to support them. when they did well, i thought the same like i did with most cars and drivers in that position. maybe i just have a weak spot for underdogs.

what i do like however, are strong liveries. and the best in my view have been the lotus JPS and any orange car. so if a car has an orange livery, then i am a fan. but somewhere deep inside, every time i watch a GP, i hope to see those black and golden cars come screaming down the main straight.

Staff Member
I was going to mention the livery in my first post but thought that was a silly reason to like 1 team more than another...
As 2 other people have said it though, I don't feel so stupid now

I agree on the black and gold JPS Lotus' - they bring back a lot of memories.

Supporter
When I first starting watching F1, I didn't 'support' any particular team, but I did start to support Mansell as he is British. Likewise, I support all British drivers, some more than others which I suppose is down to the personality of the driver. e.g. I supported Johnnie Herbert more than I did Martin Brundle. My favourite 'British' driver though must be Eddie Irvine! A racing driving wide-boy!

As for teams, I like British teams, although Williams is lower down in my support than say McLaren, which if I look to a team to succeed it's McLaren. I'm not sure of the reason though, as both Frank & Ron loved to let their drivers race.... Maybe Frank dissed Nigel & I was upset!

Overall, McLaren is the team that I support. Maybe the livery helps? And when I say support, I don't go into a screaming fit when they don't win....

I tend to favor the underdogs, Jordan, minardi, super-aguri, and because of a love of ferrari sportscars has a kid ive always had a soft spot for them. but to i actually support a team........? No I support F1 if you like. Would much rather see a good race then one of 'my teams' winning or even doing well for that matter.

McZiderRed said:
Overall, McLaren is the team that I support. Maybe the livery helps? And when I say support, I don't go into a screaming fit when they don't win....

I dunno if I support a team, I don't particularly care for Ferrari, I suppose I came along too late for the mystique and instead got the boring win machine (which was followed by the clown squad). As for drivers, I'd say I support the British dudes as well as those I have proclaimed FUTURE WORLD CHAMPIONS; I like being proved right (although when Mr. Rooney got sent off in the 2006 World Cup, that was bittersweet!) My current FUTURE WORLD CHAMPION is a Mr. S. Vettel from Germany†.

I'd also like to point out that what Alonso did to McLaren is inexcusible and I will never respect him due to his response to the whole "having a team-mate get past Q1" scenario.

As for other sports, the two big teams are England rugby union & England football. And a more stressful international side than Don Capello's‡ XI there cannot be! I don't like Manchester United, the Wales rugby team and the Argentina football team.

*Is this past tense?
†DISCLAIMER: I have been wrong before
‡Although there has been relatively little stress since he took over.

Contributor
I don't really do teams - far too insular for that.

However, I am a great supporter of individuals in all walks of life - I'm very fond of out and out racers and get quite dejected when their talent is not shining for some reason (particularly if it is out of their control).

Valued Member
When I first got into F1 in the early 1980s my favourite driver was Alain Prost, and I suppose in a way he still is really! Of course, naturally I formed a bond with his McLaren team too, but after Senna went there and the atmosphere soured I went off them a bit.

Today I can honestly say I don't support any team or driver particularly. I always like to see underdogs doing well, and if I had a choice my favoured option would be a Williams win. Similarly with drivers there are some who I admire and respect more than others.

But as long as there's been a good race and preferably a lot of battling I don't mind who ends up on the podium.

I'm English and a national of Great Britain &c so for things like the Six Nations or Ashes I do like to see the English win but at the end of the day, again maybe the English coming out again, I like to see the best win in the end and, of course, that changes at every event.

GordonMurray said:
When I first got into F1 in the early 1980s
Click to expand

You do surprise me!

Valued Member
Brogan, I had this vision of GordonMurray being a DSJ type figure - always there, always got something informative to say. 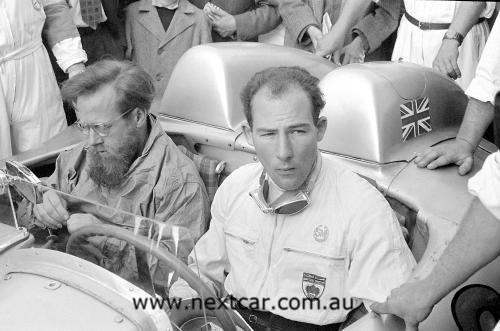 Just going back to the topic, I'm always surprised to see people at Grand Prix wearing replica shirts for Renault or McLaren or Williams and I've always wondered why. You also see people proudly waving a flag with a 3 pointed star (or similar) and that has confused me further - unless Mercedes pay them to do it?

As I mentioned in my original posting this wasn't perhaps the best forum to pose this question as most peolpe are quite level headed. Maybe I'll try it in another place given that passions run higher...