2018 sees the much talked about Charles Leclerc make his debut in F1 in the Sauber. Its fair to say there is a good bit of excitement around that. He was born in October 1997 (no really) in Monaco and does race under the Monegasque flag. He was a childhood friend of the late Jules Bianchi. His father Herve Leclerc was also a racing driver, taking part in Formula 3 but unfortunately passed away last year at 54. I'm sure both these connections will make his F1 debut a bit bittersweet as they both should be there.

I first saw Leclerc racing in European F3 and instantly made a joke about Napoleon's brother-in-law and General of the same name. As soon as I made the joke I realised not many people know who that is and therefore the joke is not funny. However because I don't know when to quit I sent a tweet to Will Buxton saying for this reason we should nickname him 'The General'. This tweet was liked by Charles Leclerc himself and therefore not only does that mean it is now his official nickname but also, in true Ted Kravitz style, makes him a close personal friend of mine. To be honest I'm a bit surprised I'm not being flown out to Australia as a VIP.

Leclerc was good to watch in F3 and had an instant unfriendly rivalry with George Russell. When he moved to GP3 I thought he'd be a contender but not win first time out. He proved me wrong and took the title against stiff opposition in Alexander Albon. When he moved into F2 I thought he would probably mix it up with the front runners but wouldn't be in contention in his first year. He proved me wrong and completely wiped the floor with everyone becoming the first person to win both GP3 and F2. So now he comes to F1 you can see why I'm very reluctant to make predictions. Logic says that in a Sauber he should be in the bottom half of the results most of the time but pull off the odd great drive. Logic doesn't always work though and it will be really interesting to see how he does. There is no doubt he has the talent and the skill but there is a lot of expectation on him and he is up against a team mate who no one rates but isn't actual as bad as people think he is. You only have to look at the match up between Ericsson and Wherlein in Quali last year to see that Marcus is no slouch when he is on it. Ericsson is seen as a pay driver (so he should be his backers basically own the team) but lets not forget in his junior formula days he was seen as a big talent.

Leclerc's main problem in the long term in F1 is the big glass ceiling he is about to hit. He is young, trendy and talented right now but there are no top seats available. If one does not become available in the next year or so then the buzz around him wears off and the next bright young thing will steel in and get that seat when it comes around. You only have to talk to Nico Hulkenberg if you want to know more. As he is backed by Ferrari many see him as a made replacement for Kimi but, if he is as good as we think, I can't for the life of me see Vettel approving him coming to the team. Maybe thats his tactic - try and appear mediocre at Sauber so Vettel will have him as number 2 and then turn it on big time.

I'm really excited to see how he does and I really hope that Sauber is more on the pace so he can mix it up some.
Click to expand

Contributor
Leclerc is an awesome driver, and I don't think we've seen all he's got to offer yet. He's an amazing young man I reckon.

Welcome to the forum Sreekumar A

Contributor
Once Lewis Hamilton has retired Leclerc could well be the next dominant driver.If that also means that he stops Verstappen from being World champion then that will also be and added bonus.

Contributor
I am a Leclerc fan and have been for a while but I must put forward a note of warning. One swallow does not make a summer. I said on Sunday that the heartbreaking way Leclerc lost his victory reminded me very much of Juan Pablo Montoya being denied a well earned race win through no fault of his own in his 2nd GP for Williams. Now when that happened we had the same talk now about how he was going to dominate the sport for the next few years and comparison to greats followed. Just look at what he's done before F1 as well came the cry. However JPM's greatness never materialised and he became a bit too fond of doughnuts.

I hope the same does not happen to Leclerc because I am a fan but I'm reluctant to get too carried away. I once got carried away about a certain Jean Alesi who was cruelly denied a victory in the Tyrell in one of his first Grand Prix........hang on! That's the same story! My god's its like history repeats itself or something!

A bold claim that Paul Fearnley intends to stand by it appears. Predictions aside, the article is a fun reminder of the sheer number of times young Charles pain in Bahrain has repeated itself over the years.

What I like about LeClerc is he just so mature about the situation and the way he has conducted himself which will win him over at Ferrari.

His confidence in telling the team this time he was faster than Vettel and overtook him and proved it with class.

He is definitely not an Alesi or a Montoya - the main issue with both of them was their fiery temper and making ill advised career moves. Alesi let his heart rule his head but then other times the luck seriously went against him when he was leading races set for the victory

If you are the No2 and want to be the No1 you have to prove it, a touch of deafness or a radio fault and no comment afterwards goes a long way to No1 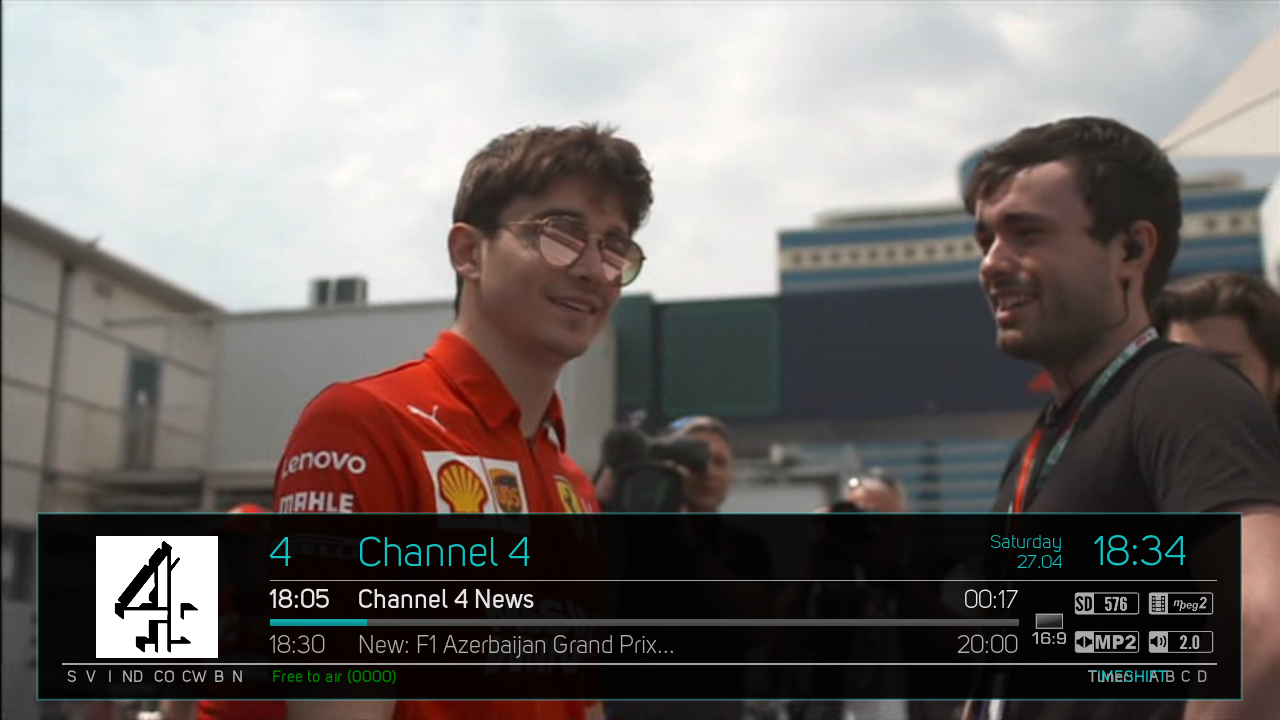 Contributor
Naive in the extreme at Monaco. Did he really expect the other drivers to jump out of his way?

He was hot headed after his team screwed his qualifying. That was not Leclerc's fault, but his reaction gave him no chance of making the best of the situation. He could have been 6th by playing it smart.

Leclerc needs to calm down. To be fair, he needs the sort of treatment Lewis got today. Lewis was also got headed about the choice of tyres but his team gave him what he needed to get to win: track position and a soothing calm voice.

Contributor
I can see why he did it; if he did not finish in the points there was no point in his weekend but we have seen this before at Monaco and it always ends nastily by wrecking someone else's weekend.

Contributor
His race went down the pan at the end of Q1.Was surprised though that he seemed to lose his head with the way he was trying to overtake at rascasse every lap.Maybe the pressure of driving for Ferrari is getting to him slightly.