Valued Member
Just a quick mention for somewhere I always promised to go but had never got around to, until yesterday.

The museum is an eclectic selection of old and not-so-old cars, motorcycles, bicycles and aircraft, reflecting the varied history of the site. In many cases, although the individual items hold interest, the collections don't necessarily hang together brilliantly well, one suspects because the museum are too polite to turn donated machines away. This gives the place an appropriately eccentric air, in parts.

The collections are housed in original buildings on the site. The old paddock buildings house the cars, mainly road and racing transport of the 1900-1940 period, including the famous aero-engined 'Babs', the 27-litre monster that makes one reassess the concept of bravery when told that it took the land speed record at 170mph in 1927. More modern Grand Prix cars include a Cooper T43, McLaren MP4-6 and MP4-13 and a Jordan EJ11. There is also a large collection of Raleigh cycles of various vintages, alongside a clutch of Sir Clive Sinclair's infamous C5s.

The collection of aircraft is extensive and includes wartime machinery that was built on the site (it housed Vickers and Hawker factories), as well as passenger planes, including a Concorde that comes with a guided tour (at a £4 supplement).

One also has the opportunity to venture on what remains of the Members Banking, a poignant experience given how little of it remains and the toll that the weather has taken on the surface. The sheer steepness of the banking is extraordinary, particularly when you have seen the museum's footage of cars racing right along the high line.

I would regard the entry fee of £10 to be on the limit of what might be considered reasonable, but on a sunny day (which it definitely wasn't yesterday!) it represents a great day out with something for young and old alike.

Agreed I keep meaning to go there as it is not far away.

It does rankly a lot everytime I have to go that way and drive*through* the banked track where for some unfathonable reason permission was given to create an access road for the large Tesco that is now on the edge of the site...

Contributor
I went there last year, and got a short ride on the banking in a convertible, great feeling the wind in my hair whilst gradually falling out of a car with no seatbelts. I would upload some pictures if I knew how...

Contributor
I simply cannot understand why that site was not preserved indefinitely.

Contributor
I now see a sneaky "Upload File" button below the text box. Here are the snaps, low quality, but you get the idea. 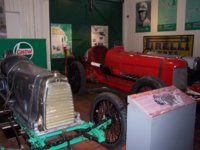 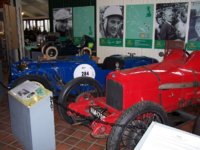 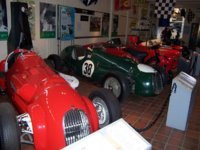 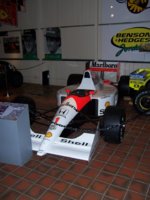 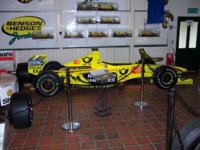 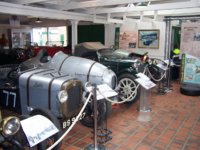 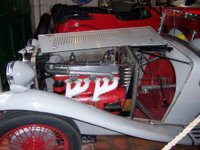 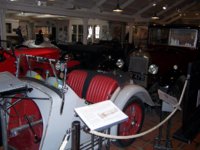 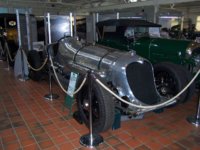 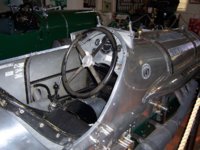 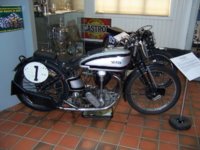 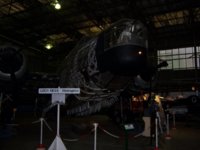 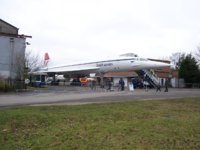 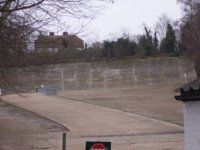 Staff Member
I can't remember if I've ever been before, I recall going to somewhere like this when I was a young boy.

Thanks for the thread anyway, and the pic's.
The new software is great for uploading and showing images such as this.

Valued Member
Thanks for the pictures! Unfortunately the Napier-Railton (enormous silver car) wasn't out on display yesterday.

I'm happy to be corrected on this, but I understand that after the wartime bombing, factories were dispersed across the site, including on the finishing straight and on the banking itself, and a road was cut through one section of banking for access.

After the end of the conflict the circuit was in no fit state for racing to resume, and the club was dissolved and the land sold to Vickers, who further extended the runway through the Byfleet Banking to allow their V-bomber (can't remember the name) to land. With that much damage done, and with it in private hands, presumably nobody felt it was a great problem to smash up the remaining bits for piecemeal redevelopment?

Galahad said:
to allow their V-bomber (can't remember the name) to land.
Click to expand

That would be the Vulcan.
An absolutely glorious aircraft and if you'd ever seen it go vertical with full afterburners, it's a sight you'd never forget.

Contributor
Thanks Galahad. I can understand the sequence now, it was current at the time of disposal, not history. It is a shame us Brits rarely realise the importance of something until we knock it down. Now of course that is different, I have Tudor barns with corrugated 1980s emergency gale repairs. I tried to restore the barns...... the corrugated steel is listed, yet here is the birthplace of all things fast and glorious and we cut and chop it up and let the earth slowly swallow it up.

The V-bombers? another evocative series of machines that had been and gone before i was around.

That would be the Vulcan.
An absolutely glorious aircraft and if you'd ever seen it go vertical with full afterburners, it's a sight you'd never forget.
Click to expand

Don't wish to correct a former member of our brave flyboys but wasn't the Vulcan built by AVRO? I think the Vickers entry in to the V force was the Valiant?

You are right though, The Vulcan is an absolute stunner of an aircraft.

Contributor
Your braver than I, I didn't like to say

since i wasn't sure if they were involved in both of those craft... I know the later Victor was an entirely different company.

Supporter
Been a while since I last went to Brooklands, but you are right, it is definitely worth a visit. I particularly love the incongruity of the Barbara Cartland (yes, that one...) room in the club house. It does need a warm day for a visit though, as much of the interesting bits and bobs are outside.

Climbing the test hill on foot is hard enough, I can only imagine how tough it was for creaky, pre-War specials, with dodgy, cable-operated drum brakes! By the way Galahad, when you were there did you notice whether they have made any steps toward restoring the old Members Restaurant at the top of the hill?

Staff Member
I just assumed G had made a mistake and meant Avro...

Valued Member
Drat, CaT beat me to it

Excellent pics there, when the nephew is a bit older I think that's a day out I'd he'd enjoy

Speshal said:
Excellent pics there, when the nephew is a bit older I think that's a day out I'd he'd enjoy
Click to expand

I've already told Maya she's going to enjoy it, whether she likes it or not

Pyrope said:
Climbing the test hill on foot is hard enough, I can only imagine how tough it was for creaky, pre-War specials, with dodgy, cable-operated drum brakes! By the way Galahad, when you were there did you notice whether they have made any steps toward restoring the old Members Restaurant at the top of the hill?
Click to expand

I have to confess, we didn't brave the Test Hill due to torrential rain and icy gale! I can confirm the Members Restaurant isn't open to the public - I have no idea what stage they've got to with it though.

Contributor
Is the old building at the top of the test hill the Members restaurant? Also the I think the car was an MGA - mid 60s - (not that sure though), and it made both gradients of the hill fairly well, even accelerating. Still felt like I was falling out of the back seat though..

Supporter
Yes, that's the one. Nobody ever accused the old BMC B-series of being lacking in torque!