Contributor
"They think it's all over, it is now!"

Outplayed in every respect despite Root saying they played well but not for long enough.

The batsmen as ever were suicidal, they are capable of scoring 50% more per man than they do. Root suffered from the English disease, e.g. was made captain. What happened with the bowlers I do not know apart from they were bowling the wrong line and length fo Aussie pitches.

No doubt they will win a 20/20 match and claim it a successful tour, ignoring the real game.

Staff Member
Premium Contributor
You can't help but point the finger at the senior players in the squad and say they did not perform. The biggest question then is, if not those players, who else could have been picked?

One thing is for sure, its time for Cook to exit the test stage.

Contributor
Our batsmen clearly aren't being persuaded to play more guardedly, and our bowlers on the whole didn't produce the goods. If batsmen were incentivised to stay in, and not necessarily score runs, that would be a start. For example £1000 for every fifty balls you face per innings. I know that's a but crude, but something's needed. Our bowlers are either toothless or not quick enough for Aussie pitches.
Last edited: 20 December 2017

Valued Member
To be fair, i thought it was a fantastic display of rubbish cricket.

Valued Member
Shame no one gets to watch it as it's on BT Sport which, apparently, is dieing on its feet since they stopped giving free access to their broadband customers.

Contributor
Still covering themselves in glory, although to be fair a draw is marginally better.

Contributor
I was wrong, they have won the one day series so that is an absolutely fandango.

It's like saying "We were last in the F1 season but we won the kart series."

Contributor
And now we have gained a bronze in the three way soap box derby.

Fortunately there is at least one sane person in cricket.

Contributor
I don’t know if British cricket gets any funding, but if they do, they shouldn’t. They frequently cover themselves in shame both on and off the pitch. I’d rather see any money they get being redirected towards the upkeep of school playing fields.

Contributor
I agree Titch that some cricketers of a certain mould seem to have a habit of making headlines for the wrong reasons. but as an avid cricketer for my local team I can vouch for the ECB's generosity (English Cricket Board). To pay for our new outdoor nets, that are situated in the grounds of the local state school who also have full use of them, the ECB chipped in £12,000 of the £50K+ required.

The fact that our club has a thriving and active youth teams programme was a big reason they helped.
Last edited: 20 February 2018

Contributor
Well it’s certainly good that the local school gets to use the nets. It’s even better that they have a school field, so many schools have sold their fields because they need extra cash.
vintly Do/have you ever watched “Outside Edge” it’s about a disfunctional village cricket team, and it’s a very funny observation of people.

Contributor
Heh no Titch I haven't seen it before, I'll check it out thanks

Contributor
Two years on and it still applies. I'm afraid that I am grateful to Sky for making me unable to watch it.

the irony the 3rd test is the Participation Test "as we look at inclusion in cricket at a number of levels" is like F1 looking at overtaking & adding more downforce. or cutting budgets & making things more expensive. because they looking everything at why the figures are down

when as the cricket world cup final & 2005 ashes proved 1 thing. all you need for inclusion is free to air tv 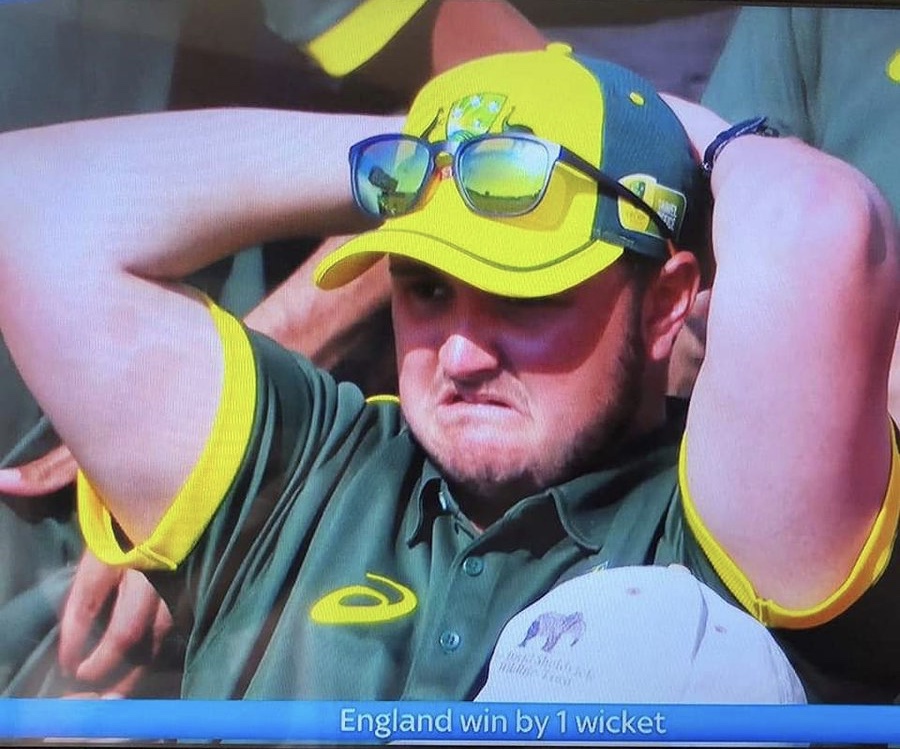 Contributor
Well I have only seen the news and how Ben Stokes saved the match. As a person who is pretty disinterested in cricket, I was very impressed, I imagine cricket fans ( UK ) are euphoric. Spectacular stuff.

Valued Member
Bloody FANTASTIC!. I both love and hate cricket, the end of close, tense matches just shred my nerves.

unbelievable, outstanding, incredible chuck any superlative you want. for a test that had 1981 where he england finished so many times mainly at 67 all out, then needing 77 for final wicket & 05 with the tense nervy finish where it couldve gone all way & ben stokes that knock will go in legend like KPs 158 butcher 173 & botham 149. it was of the highest quality under the most extreme pressure. but without having a downer if the ashes were on channel 4 like 2005 & not sky sports. i wouldve said ben stokes wouldve been an absoulte nailed on certainty for sports personality of the year

dont ask me why as its probally just delusional sporting belief, that we all have where you think you always have a chance no matter who. because rationally you never thought england could go from 67 to there highest chase in test history do something that hasnt been done since 1889. get under 70 in 1st innings, win the test (thanks nasser) but i thought a england victory was possible & predicted this morning on football forum i am on 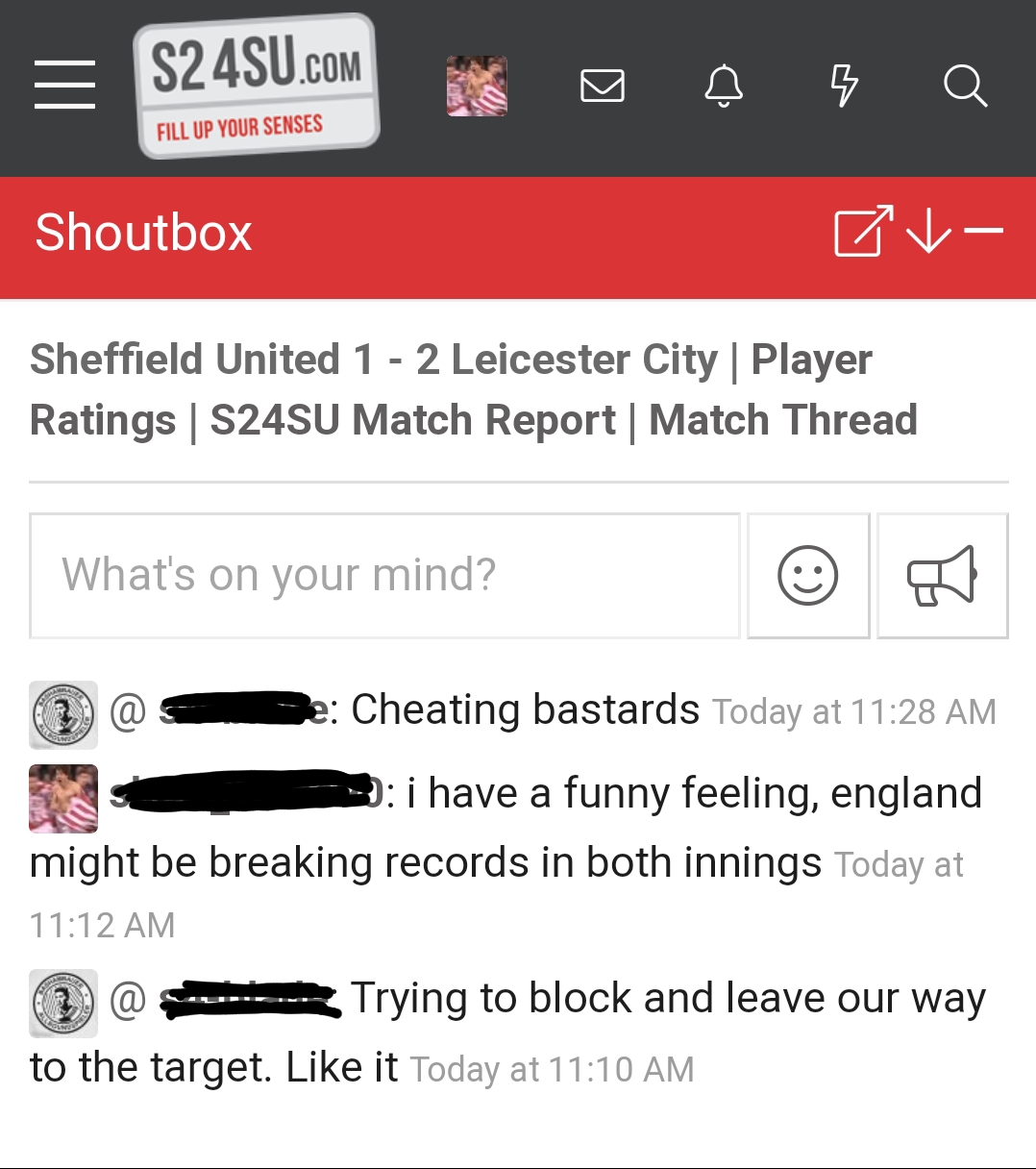