After a drawn-out summer break, where the drivers & their WAGs will have turned themselves orange, Adrian Newey et al will have flouted the factory shutdown rule, and Fernando Alonso will have groomed his frankly excellent beard/moustache combo, Formula 1 returns to the majestic, wonderful, brilliant, exciting, thrilling, fantastic Spa-Francorchamps circuit in Belgium for the Belgian Grand Prix. The longest circuit on the calendar (7.004 km, if you're interested) is packed full of character, from the tight La Source at the beginning of the lap, the (unfortunately) flat-out Eau Rouge, the double-apexed Pouhon corner and the terrifying Blachimont, all set in the middle of the forest with its own micro-climate. There was doubt a couple of years ago about the race's place on the calendar, but thankfully these have been resolved and the Belgian GP is guaranteed a spot on the calendar until at least 2015. We should hope that the teams pressure Bernie into keeping the race on the calendar, as this is a circuit that always produces a good/controversial/exciting race.
More than any other race, the Belgian Grand Prix has been hugely affected by the weather (the circuit can even be wet at one end and dry at the other), most memorably during the chaotic 1998 race where Jordan got their first (and only) 1-2, or the last-lap deluge in 2008 which featured the memorable battle between Hamilton and Raikkonen, and that stewards decision (but please try and refrain from arguing about it - the horse has been well and truly flogged).
Set-up wise, Spa is traditionally a lower-downforce circuit, although Red Bull have used a higher-downforce approach to be fast in sector 2; this has paid dividends - Vettel won here in 2011. Of course, with such a temperamental climate, any whiff of rain on race day will make the race a lottery. With the Lotii, Mercs and Red Bulls seemingly looking fast, they are the cars who you would bet your Brogans (courtesy of cider_and_toast ), for the race and with the Fewwwawi's (courtesy of Jonathan Ross) going backwards. But anything can happen in Formula 1, and it usually does.

In terms of the championship, Vettel is winning, but with the consistent Lotus Raikkonen and the seemingly tyre-issue free Mercedes, we could be in for an exciting race & exciting end to the season (well, apart from in Korea & India

Spa and Monza are the last two legs of the European season, before a series of flyaway races that make up the final leg of the 2013 season and, as we saw last year, every point counts!!!

Valued Member
I can't wait, though we have got quite a long wait. I wonder what Bernie has planned to keep us all interested this time.

A Mercedes win with a Vettel retirement would set the championship up nicely. And I'd quite like another wet race this season too.

Premium Contributor
I'm off to this race, can't wait! I'd love a Hamilton win... I can dream!

Contributor
Are you walking, no-FIAt-please ? If not, you might get there a bit early.

Any thought by Bernie to remove Spa off the F1 calendar in 2015, should be met with a barrage of e-mails from fans world wide showing their outrage, that melts down the FIA website...

Valued Member
And he should bring back the French GP too...

Contributor
I couldn't possibly be as petty as to be critical of the P,Q,R Discussion threads, they are hard work to plan and write and the authors have all provided us with insight and a great intro to every event.
Besides, you haven't corrected it all, yet.

Contributor
I love the summer F1 break, I think it should be much longer, maybe six weeks or more, it gives me chance to play with my conkers, I've soaked them in vinegar and I'm working on a 167er at the moment....

Contributor
Don't try putting then in the Microwave Mephistopheles. Someone told me that made them harder but they just blow up. Vinegar is good. I had a 22er when I was younger once.

weird Conker fact: put a conker in a room and a spider will not go in there!

As for Spa. Lewis vs Kimi for most of the race please but then a deluge of rain that resulted in an odd winner like Massa, Hulkenberg, Button or Grosjean.

Contributor
Yeah, Massa... who then gets hit with a retrospective 25 second time penalty for going off the track while overtaking (even though he handed the place back), thereby reinstating Hamilton as the winner...

Contributor
That didn't take long, did it?

Contributor
Don't know what you're talking about.

Valued Member
A Button would be weird RasputinLives

no-FIAt-please said:
I'm off to this race, can't wait! I'd love a Hamilton win... I can dream! 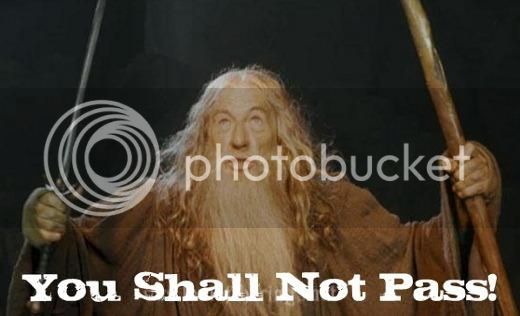 I do hope Hamilton finishes the race this year, cause the last 3 years Spa hasn't been very fortunate for him.
Last edited: 3 August 2013

Premium Contributor
I thought 2010 was pretty good for Hamilton...

Didn't he crash into Sato?

FB said:
A Button would be weird RasputinLives
Click to expand

Wow, yeah, didn't know how the hell that i thought of Sato.