Contributor
Hi everyone, here is the Tyre Analysis for Singapore.Through judging fuel level and reference fast laps a benchmark time is made, the seconds away from it it shown on the x axis. As tyres wear the benchmark becomes harder to achieve. And we can see the tyre wear on the graph. A big thank you goes out the Sushifiesta and Jez101 who created the excellent spreadsheet (the link to it is at the bottom). I think thats all so shall we begin? 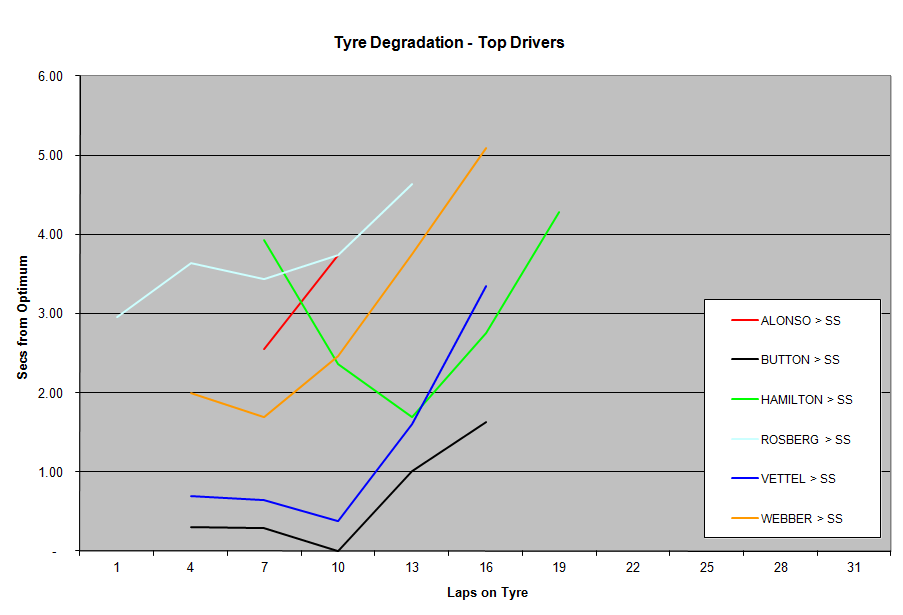 This first graph shows the super soft tyres wearing out very quickly. Surprisingly Hamilton managed to make his tyres last the longest before they started to fall away, whilst Button was able to keep the wear to a minimum, and could have stayed on his tyres for longer had Vettel not needed to pit. Although most of Alonso’s lap’s had to be thrown away, we can see how he is struggling by lap 7, like Webber, and pitting earlier meant he only stayed ahead temporarily, and Webber winning that battle was inevitable. Constantly accelerating from slow first gear corners took their toll on the rear tyres. 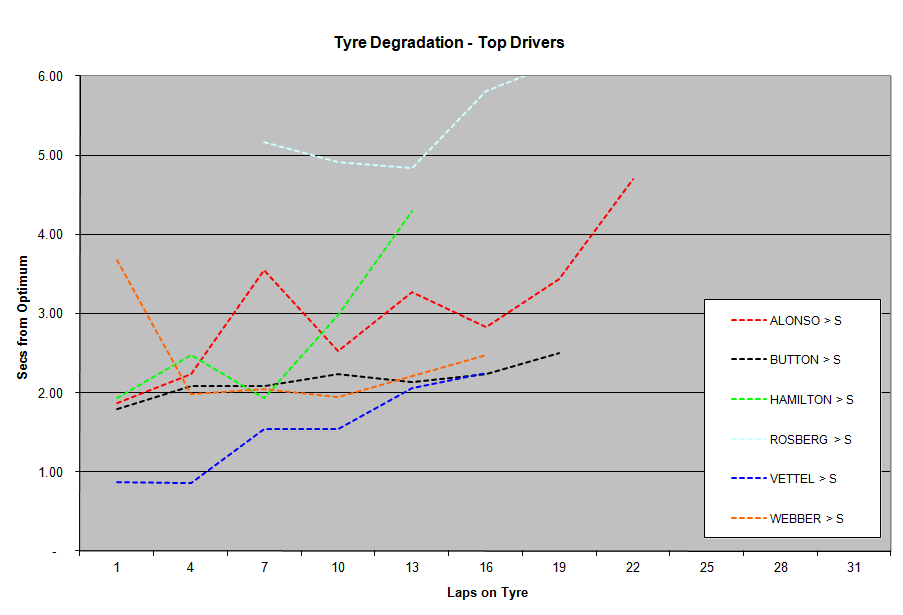 Alonso spent 3 of his 4 stints on the Prime tyre, affecting total race time, but you can see how over 22 laps he only lost 2 seconds, after 16 it was only 1 second. Button and Webber kept the soft tyre at a very steady pace, with Vettel not doing too bad either. Oddly Hamilton seems to wear very earlyon in the stint; he spent one of his Soft tyre stints fighting the midfield after pitting for a new wing and serving a drive-through which may explain the wear pattern. 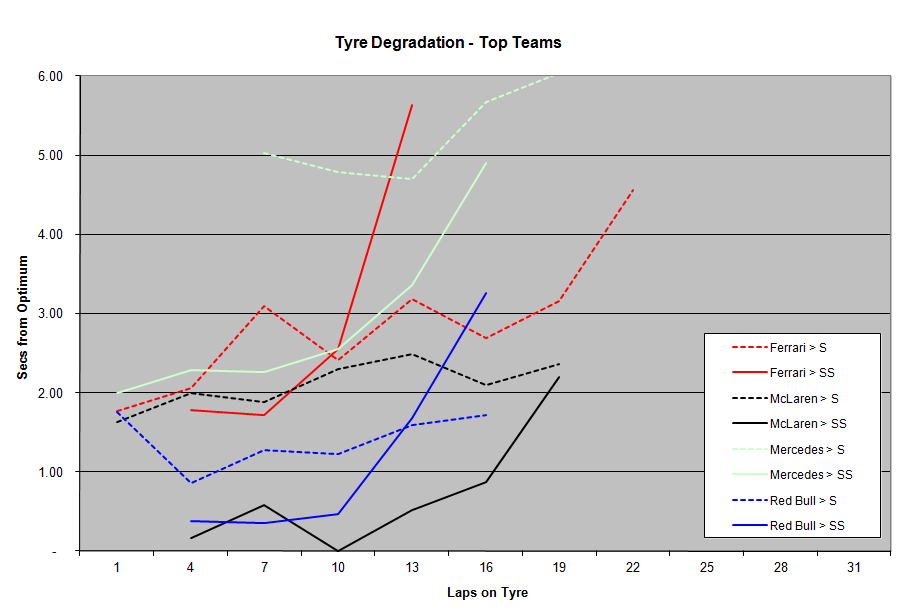 The teams show similar stories to the individual drivers. Ferrari had a nightmare with the Super-Soft tyre, dropping of the cliff very aggressively. Unusual as their problem so far this year was struggling to warm the tyres up. McLaren seemed to fair much better against their Austrian rivals, keeping the degradation at bay, whilst Vettel and Webber started to slide around.
RBR, McLaren and Ferrari all kept their soft tyres healthy for 19 laps, Ferrari staying out longer due to their earlier issues on the Super-Soft. 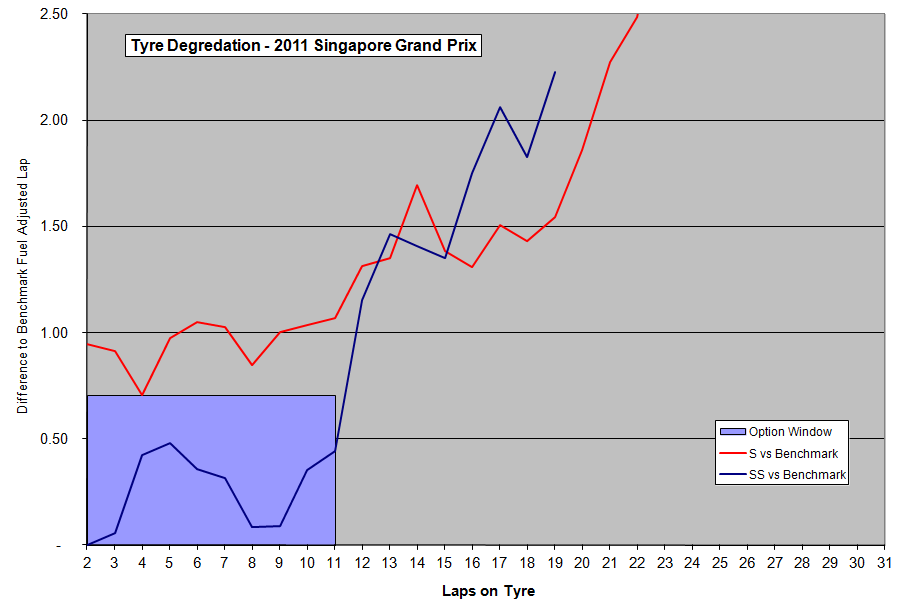 One last graph for you, it shows how rubbish the Super-Soft was around the floodlit circuit. The normal philosophy of holding off putting on the Prime until the last stint did not apply this time around.

Thanks for staying though that, the full behemoth of a spreadsheet can be found here if you still crave data: https://docs.google.com/leaf?id=0Bw...ZjU3OS00YTU4LWJjYzgtOWQ4NGFkOTUwZDFh&hl=en_GB

Any thoughts on what the result would have been if either Button or Vettel had opted to go to the end rather than making the final stop?

Contributor
This would have required 31 laps on the Soft tyre, albeit 3 under the safety car. Jenson was on used softs that presumably got him through qualifing 1. Only Ferrari stayed out long enough to start to experience wear, and McLaren and RBR pit thier drivers not long before Ferrari began to wear, so I think that they saw tell-tale signs on the telemetry that can't be seen on the graphs.

In short, if Vettel stayed out he would holding up Button to the line, and If Button did he would be falling back towards Webber and maybe Alonso.

Makes for great reading and really throws some light on how the various teams and drivers use their tyres.