Contributor
According to Autosport, Porsche, as expected, will be fielding a factory team in LeMans racing this coming season. I am, of course, thrilled ,as I have been a fan of Porsches since the 60s, the era of the 908s and 917s (which first appeared in 1969 but became dominant in the 70s) and such great drivers as Jo Siffert, Pedro Rodriguez, Vic Elford and Brian Redman.

It will be fascinating to see how they fare relative to corporate sibling Audi's effort, made even more so by the absence of Joest from the Porsche team, where he oversaw so many of their dominant efforts.

I can hardly wait!

Contributor
The problem I have with Le Mans is the complete lack of TV coverage, I'd like to watch it but for some ****ing reason I'm not allowed too.

Why is it that a sports channel cannot dedicate one weekend for free so that I can tune in whenever I want, to catch up on the race I pay my subscription to sky so they should ****ing do it, the bastards..

I don't understand the South Africa reference though, Mephistopheles

Contributor
Porsche had said they would be back in 2014 glad they have decided to return a year earlier. Peugeot were missed last year good to have another great manufacturer back in the game. 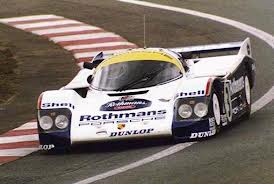 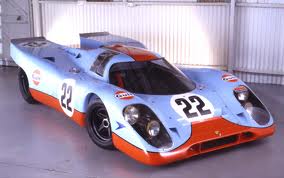 Valued Member
Think I must have watched at least 20 of the 24 hours on Europsort HD Mephistopheles. Think you have to pay extra to receive it though.
M

Contributor
No chaps, Eurosport is free with the standard Sky package.
M

Contributor
I've got the standard package with F1 added and I don't have Eurosport...

Contributor
Tried 410 Alpine world cup is on at the moment, and it says "Call your broadcaster to upgrade your subscription to receive this channel."

One of the best ways to watch LM is on one of the team imternet channels. I usually watch the entire Le Mans series on www.auditv as my main feed and (when it's on) Eurosport coverage of the Le Mans 24hrs on the telly.
M

Contributor
I have the HD package but I'll give it a try.... Brogan

This is exciting news to say the least. I'm also hoping that Toyota is able to field a more reliable car this year to give Audi more of a challenge, although the results at Le Mans were not entirely their fault. I'm still an Audi fan but it's no fun to have the race be decided so quickly.

Valued Member
Based on the World Championship races in the second half of this season, Toyota don't have too much to worry about with Audi. As you say, reliability and racecraft is all they need.
M

Contributor
I think I need the entertainment-extra package to get Eurosport...

Galahad, you are correct there. I felt going in to Le Mans last year that Toyota was a very capable competitor for Audi. Last year proved again that the best team from the drivers and engineers on down to the lowest members make the difference. Peugeot proved that Audi doesn't always have the fastest car and Toyota showed that as well. I'm excited for next year to see how much Porsche is allowed to push Audi.

The Circuits of F1 Marathon