Here's the first of of a series not-entirely serious threads entirely devoted myth de-bunking which hopefully catch on.

There's something that I always found slightly puzzling. Alonso's eyebrows have somehow throughout the years become the stuff of legend.

I'm not quite sure how or why that ever got started?... While they are slightlier bushier than average, they are nothing out of the ordinary, and they have been plenty in motor sport with bushier eyebrows than his.

And no, he never had just the just the one. He's very clearly has two clearly-defined eyebrows.

Here he is, doing a Vettel:

Every now and then comes alonga bandwagon that everybody unquestionably starts jumping on but this one went viral and thus more puzzling... so I'm asking here, where didthe myth of the Alonso Eyebrows ever start?
Last edited: 16 December 2014

In any case they certainly pale into insignificance compared to Nigel Mansell's.

Here he is, pictured yesterday evening sporting his three eyebrows all at once: 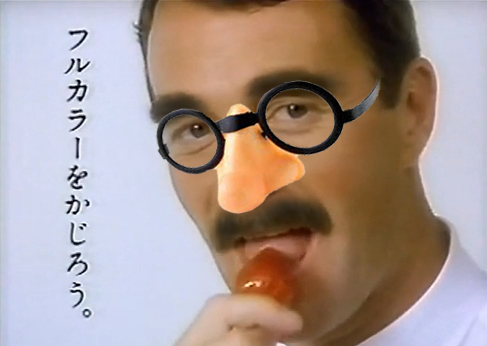 That's the way Spaniards look like I guess, let's compare with PDLR

I think I should have posted this thread on the drunk thread.

It sort of seemed funny at the time...

Contributor
Alonso's eyebrows are the reason he is such a fantastic car development genius.

This is a total myth his car development skills are no better and no worse than any other driver...
M

Contributor
Myth If I went out on the piss with Alonso he would be missing one eyebrow in the morning..

No this is in fact true, he would also have his genitalia shaved clean and a traffic cone up his arse.

People charge good money for that kind of treatment. You could make a living out of that Meph.

Contributor
So if Alonso's eyebrows give him the speed Gonzalez is super fast.

I'm still drunk so words are not easy to think of. Meh it's my birthday and I don't care. Where am I?

Contributor
You're in February F1Yorkshire.

Staff Member
Premium Contributor
Is it true that according to reports from his hair stylist, Alonso is his best customer when it comes to giving feedback on style, shape and cut. So much so that the barber in question is now able to cut hair an incredible six snips quicker?
M

Contributor
Nicky Clark said he is the best he has ever known, in that department...