McLaren to switch to Honda engines

Staff Member
According to Dimi Papadopoulos (https://twitter.com/f1enigma), Honda have an engine for 2014 and McLaren will be making a decision in the next few days whether to go with Honda or Mercedes - they currently have no engine contract after this year.

Contributor
Mclaren please choose Honda. And can we have the Malrboro colours back… and Prost and Senna whilst we are at it. Thanks. 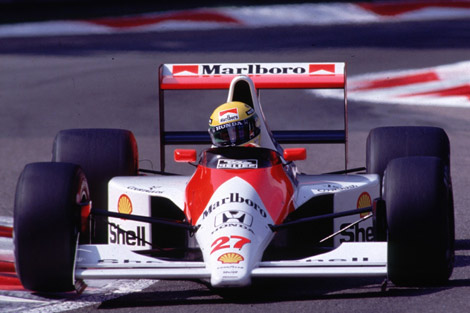 Apparently it is happening in 2015

Staff Member
Premium Contributor
It would seem fortunate that McLaren have an option for renewal in 2014 because if they showed an intent to sign for Honda in 2015 then I would expect Merc would tell them to find some one else for 14 as you wouldn't want to give a top 4 team a whole season to look at your new engine (bearing in mind the engine regs changes) before they switch to what will surely be a huge rival.

If Honda are ready to go from 2014 it would be interesting to see them develop the engine with a smaller team and Marussia would seem perfect for the job since they already have an existing technical agreement with McLaren. It would be a win win all round. Marussia would get their hands on a good engine deal but have to suffer the teething consequences. Honda would get an expectation-less year of development, McLaren would get a full season with the Merc engine before switching to a hopefully by then, sorted Honda engine.

If Honda does reenter the sport, will they be required to supply other teams besides Mclaren, if Woking signs on?

Contributor
No because Marussia are the only team to have a Cosworth engine and there doesn't seem to be any ruling over that for them. However, I would imagine that with Mclaren helping them out then Marussia will switch to Honda engines too

Contributor
The last thing that McLaren need to change is their engine supplier!

Too many other tweaks and processes could bring what they are seeking without turning their back on excellence.

Greenlantern101 said:
Mclaren please choose Honda. And can we have the Malrboro colours back… and Prost and Senna whilst we are at it. Thanks.
Click to expand


Ach... how times have changed... I fear that depending on the country you race in you will get either the traditional red and white livery... to photo's of cancer ridden organs...

Them V6 1.5t Honda's had the bestest fuel economy v power output back in the day... I think the 2014 rule changes impact rumour mill is only just kicking into gear... excellent....

Premium Contributor
Hmmm... other than monetary reasons, why switch? Mercedes have had great reliability in recent years, currently have the best KERS system/most powerful engine and there's no reason to think that they will have a bad V6 engine. Not to mention McLaren and Mercedes have a long heritage together now, coming up on 20 years.

Despite what Mercedes say the only engine supplier I;ve seen treat teams with equal status were Renault .

Mercedes have been humiliated the last 3 years being beaten by their partner despite being the factory team . There is nothing more embarrassing for a car manufacturer to see an engine partner beat the factory team..that is why Merc signed Hamilton

Valued Member
Having their own engine supplier will allow much better integration with the rest of the car. Merc's focus will be on their own team and rightly so. From next year the homologation rules will be lifted, I believe - so Mercedes will have no obligation to supply all their customers with the latest engine spec (contractual terms permitting).

This makes a lot of sense for all parties - I'm only surprised it wasn't arranged to start from next year.

Valued Member
I have posted before about Honda, and the development they put into the KERS which never was for 2009, a significant proportion of the budget for the Brawn car was invested in this area, yet not used. The efficiency of the system was much better than the Mercedes system, so I would suggest that an ERS system would be right up their street, and also align with the road car tech.

I think it would be good for both parties, although I remain sceptical.

ZakspeedYakspeed said:
...Them V6 1.5t Honda's had the bestest fuel economy v power output back in the day....
Click to expand

Methinks Maca have read the tea leaves and foresee the new formula Formula 1 dilapidating into a fuel economy contest, and are hedging their bets.

Contributor
The Pits wouldn't there KERS or 'ERS' system be outdated by now?

Contributor
Hmm- who was it who took the last race win with a Honda engine?...

Contributor
I think Merc is more of a proven quantity than Honda at the moment. After all, Honda didn't exactly overwhelm as their own team, did they?

Contributor
Aye, Honda didn't supply any other team apart from their 'B' team Super Aguri either last time they were in.

But I guess it's turbos this time, something they are known for since the last time there were turbos around in F1.

I't necessarily translate to success though.

Valued Member
The ERS and the KERS motors will be similar. The technology and research will still be valid, and the motor was quoted as being significantly more efficient than the Mercedes unit was quoted at just last season.

And I agree, Honda were not great as their own team, but they spent several millions on research, and the car was ok, which kind of showed that whilst they weren't great at management, there was little wrong with the tech.

Premium Contributor
The Pits How do you know this much about the Honda system?

Poll Ferrari and McLaren: Who will get to the top first?
3 4