Lewis Hamilton to walk away at the end of 2020?

Irrespective of what Hamilton does or where Vettel goes how many Aston Martin teams are there and which ones will still exist, there's Red Bull Aston Martin, then next year Aston Martin with or without Racing Point name attached, also with Toto and Mercedes with Aston Martin interests, Aston Martin may well appear to have three teams on the grid, either by owning or sponsoring.

Staff Member
Premium Contributor
In an interview after the race Hamilton spoke very positively about the things he'd still like to do in F1.

Interestingly, while he spoke very positively about his future in the sport there wasn't a great deal of talk about contract time scales or even a mention of sitting down with the team.

I'd still say it's 99.9 percent certain he will be behind the wheel of a Merc next season.

Premium Contributor
Does Botas has his job as long as Hamilton has his his job?

Staff Member
Premium Contributor
I think it's safe to say, if Mercedes had come under much greater pressure from Red Bull and Ferrari (or A. N. Other team) Bottas would have been out on his ear next season.

As it is, he's been the perfect number two. Bringing the car home in the high points and picking up the odd win to help his team comfortably secure the Constructors title.

Valued Member
He looked every inch a number two yesterday.

of course that was a very bad race from Bottas with the 4? spins. but also i dont think he ever got higher than 13th. but its why i feel that mercedes dominance is a myth. because you look at bottas in the same car, struggling a lap down, 6 secs slower a lap. ive said before the last race where Hamilton saw the chequered flag outside of the points was spain 2013. Bottas has already done this twice this season,

hamilton consistency, "overachieving" & Mercedes abilty to take maximum they could out of a race in vast majority of races. has made them look better than they are. if you had ocon & bottas in 2017,18,19 im unsure if they win the drivers title if they did it wouldve been very tight. whereas you have Irvine/Barrichello 2002 & R Schumacher/Barrichello 2004. then they wouldve won it easily as it was that much further ahead of everyone

Valued Member
The driver who spun more than 4 times, and never got higher than 13th is second in the drivers championship, and Turkey was a very different challenge to normal.

The Mercedes is clearly the dominant car. The respective drives at the weekend to me underline Hamilton's ability and dominance, that even when conditions are probably as unfavourable to the car as Sunday was, he can still put in a performance like that, and motivate himself to do it race after race, year after year.

I think The Pits really hits the nail on the head.

Hamilton is in the dominant car. However, even when the car is not the best package, he's managing to haul it into contention.

However, the fact that (until this weekend) the Mercedes has locked out the front row at almost every event shows just how dominant that car is. Added to that, the fact that the car is exceptionally light on its tyres (this is aided by the DAS system - so they can run a less aggressive set up overall, with the DAS system able to build heat in the (front) tyres initially).

The Mercedes is utterly dominant as a package - and I suspect that we're only seeing a fraction of what it is actually capable of in races (the drivers don't need to push it too hard)...

PS - The only reason Bottas had preiously finished out of the points this year was Great Britain, where his tyre exploded 3 laps from home - which didn't just affect the Mercedes cars.

He had failed to finish at the Eifel GP (reliability)

The Pits The Artist..... but if it was that easy why bottas not challenging on Sunday & why is bottas only 27pts ahead of Max. despite verstappen retiring from more GPs. are you sure the car is light on its tyre or is it hamilton. because a few times recently bottas has really struggled on the hardest tyre

Hamilton is the best driver but in 1 of best cars. its just he makes the difference to dominant. & just seeing the 6 titles in 7 years. does a disservice to the races in between

Valued Member
6 titles in 7 years for the driver, 7 in 7 for the team. Personally, the level of the car in no way diminishes the achievements of the individual. Would Bottas be a race winner in any other team? I seriously doubt it. I dont think he is as good as Rosberg, but better than Kovalainen.

I think the only season where the dominance was challenged recently was 2018, where Ferrari were there or thereabouts. That was a season where Lewis again proved himself.

As I have said, Lewis keeps pulling it out of the bag time and time again, but in this day and age, I think it gets harder to pull off shock results in the modern era, but what you do need to do is not make mistakes, and remain focussed, and be quicker and cannier than your opposition, and have a team which is pulling in the same direction. This season, no one else has been able to mount any realistic challenge, the combination of Lewis and Mercedes has been too far ahead. What this does prove, is that a dominant car is not the only requirement to win a WDC.

i agree with much in that. disagree 2018 was the only sticky patch because 2017 i think vettel led the title race by halfway & 2019 if it wasn't for poor strategic calls & few personal mistakes leclerc could easy had 8-10 wins last season. but your right the whole package is brilliant i remember saying last season in japan. if mercedes were 1-2 on the grid it would be unthinkable that they would only finish 3rd. wereas ferrari did that in Russia & Japan. then later on in Mexico

Bottas is still a good driver. because youve got to good & fortunate to be in F1. then youve got to impress enough to stand out & have openings at the right time. but in midfield if you have 1 great race in every 3. youll be talked up & in mix. in a front running car you got to be on it in every race even though bottas has been arguably Hamilton toughest qualifying opponent. points are collected on a Sunday. just doesn't have the pace & i agree far better than kovalaein but i look at the grid i think you put him as teammate to any of current top 6 in constructors. i think he comes out worse

as few champions have proven you can win a title with a dominant car with machinery taking much of the credit. but to beat a teammate & the field by the margin. shows quality. i hope he stays til 2022. because i love to see him fighting like Schumacher v alonso. i title battle with next generation verstappen & leclerc

Premium Contributor
There were several cars damaged on Sunday.

One was Bottas during the start session, I'm not sure who that was down ti.

Another was Stroll in the tyre change session, his was down to Stroll so that was fair enough.

“I feel like I’m only just getting started, it’s really weird,” said Hamilton. “I feel physically in great shape and mentally, this year’s been I know for so many people out there, this year’s been the hardest year probably for millions of people, and I know things always look great here and on the big stage but it’s no different for us athletes. This has been a challenge that I didn’t know how to get through. But with the help of great people around me, the help of my team, through the help of Team LH (his fans), I managed to keep my head above water and stay focused. I’m hopeful for a better year next year and I would love to stay.

He's not going anywhere, and he's planning on having an even better year next year!

P1 said:
I’m hopeful for a better year next year and I would love to stay
Click to expand

Playing Devils advocate here but "I would love to stay" means he is negotiating a deal but nothing is absolutely guaranteed. I expect a lot of it may be around Hamilton becoming more involved in corporate social responsibility issues. Maybe his new contract is going to be tied to greater freedom to promote some of the issues raised in his post Turkey interviews.

Like I said a few posts back, I firmly expect Hamilton to be on the grid in a Merc next season however the contractual discussions seem to have a way to run yet. 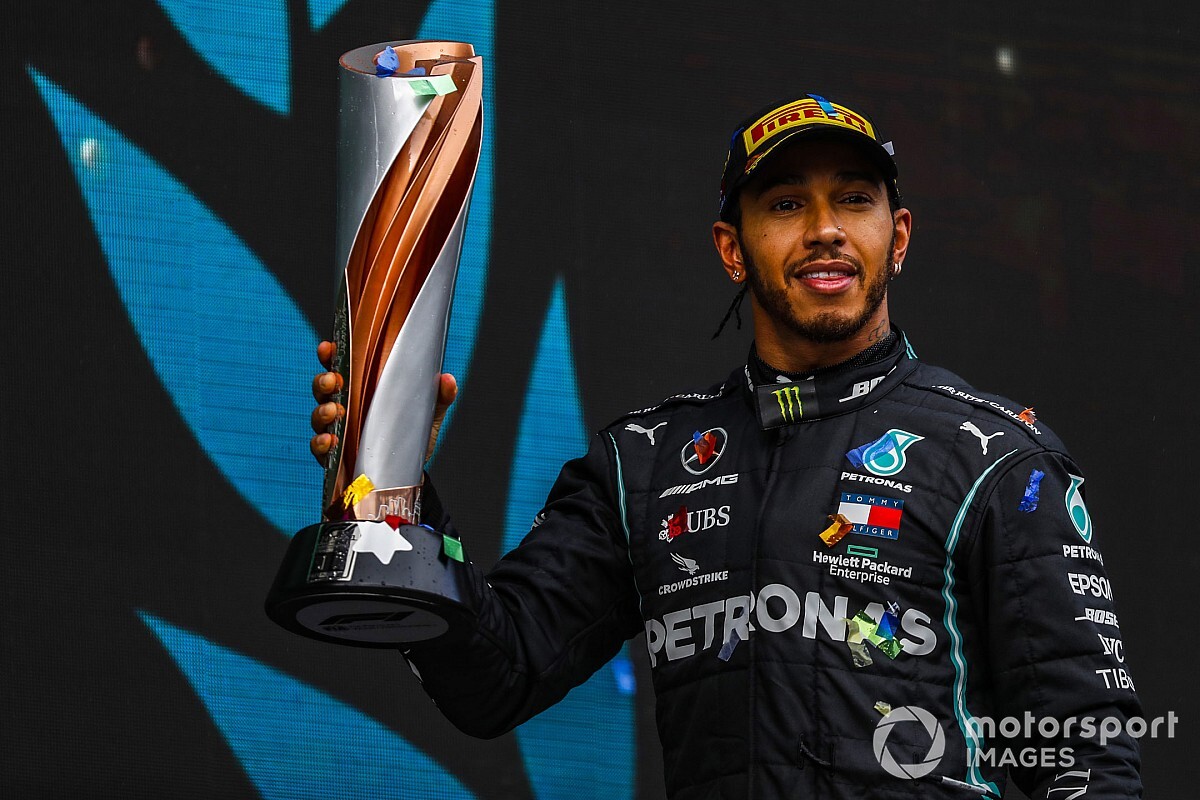 Lewis Hamilton's charge to a seventh Formula 1 championship proves his success is down to driving talent and not the best car, says his former tech boss Paddy Lowe.