Contributor
What is Extreme E? I keep hearing it being mentioned so I did some reading up and found out. It's a racing series which will use electric SUVs (specifically the Sparks Odyssey SUV) in extreme areas of the world. Apparently this is all to raise awareness of climate change but that seems to contradict itself when they are tearing round Antarctica and rain forests etc. However it does seem to be quite a unique set up for a series.

The idea is that there will be 8 teams each running one car but with two drivers - one male and one female. The weekend will consist of 5 races with 4 cars racing at a time. 2 qualifying races, 2 semi finals and a final. Each race will have 2 laps with one lap driven by one driver and the second by the other. Both will be onboard for both laps so I'm assuming they'll be a Starsky and Hutch roll over the bonnet change over at the end of lap one.

The unique bit about the series will be where they are racing. Season one seems to have been divided up into Crystal Maze like zones.

7 of the 8 teams have been announced and include Chip Ganassi Racing, Andretti, HWA, Abt and Teechetah. The other two being the previously unheard of (by me) Veloce Racing (based in the UK) and QEV Technologies (based in Spain).

The only drivers officially announced are, the previously unheard of by me, American pairing of Kyle LeDuc and Sara Price for Chip Ganassi. There is a list of drivers that has been released by Extreme E that the other teams will chose from. It includes the likes of Lucas Di Grassi, Sam Bird, Daniel Abt, Billy Monger, Jamie Chadwick, Katherine Legge, Sacha Prost, Bruno Senna, Antonio Felix Da Costa and Simeona De Silvistro.

This is obviously coming from the same people that have brought you Formula E and, as I expressed before, there 'highlighting climate change' message doesn't seem to fit with big SUVs churning up mountains in Nepal but the whole thing does sound interesting. Apparently the BBC will be showing full coverage but then they say that about other things as well. There is also a documentary being made on the prep for it. Apparently the first episode aired on CH4 in June but I must have missed it.

The whole thing doesn't start until January so this thread is a bit early but does it peek anyone's interest? Or will it just bomb and be written off as an experiment?

Very green and ecological, looking at the venues it would seem the whole circus will be powered by diesel generators, can't see many where they will have solar charging facilities, this really is the ultimate in trying to produce a green propaganda marketing exercise that fails at the plug socket. 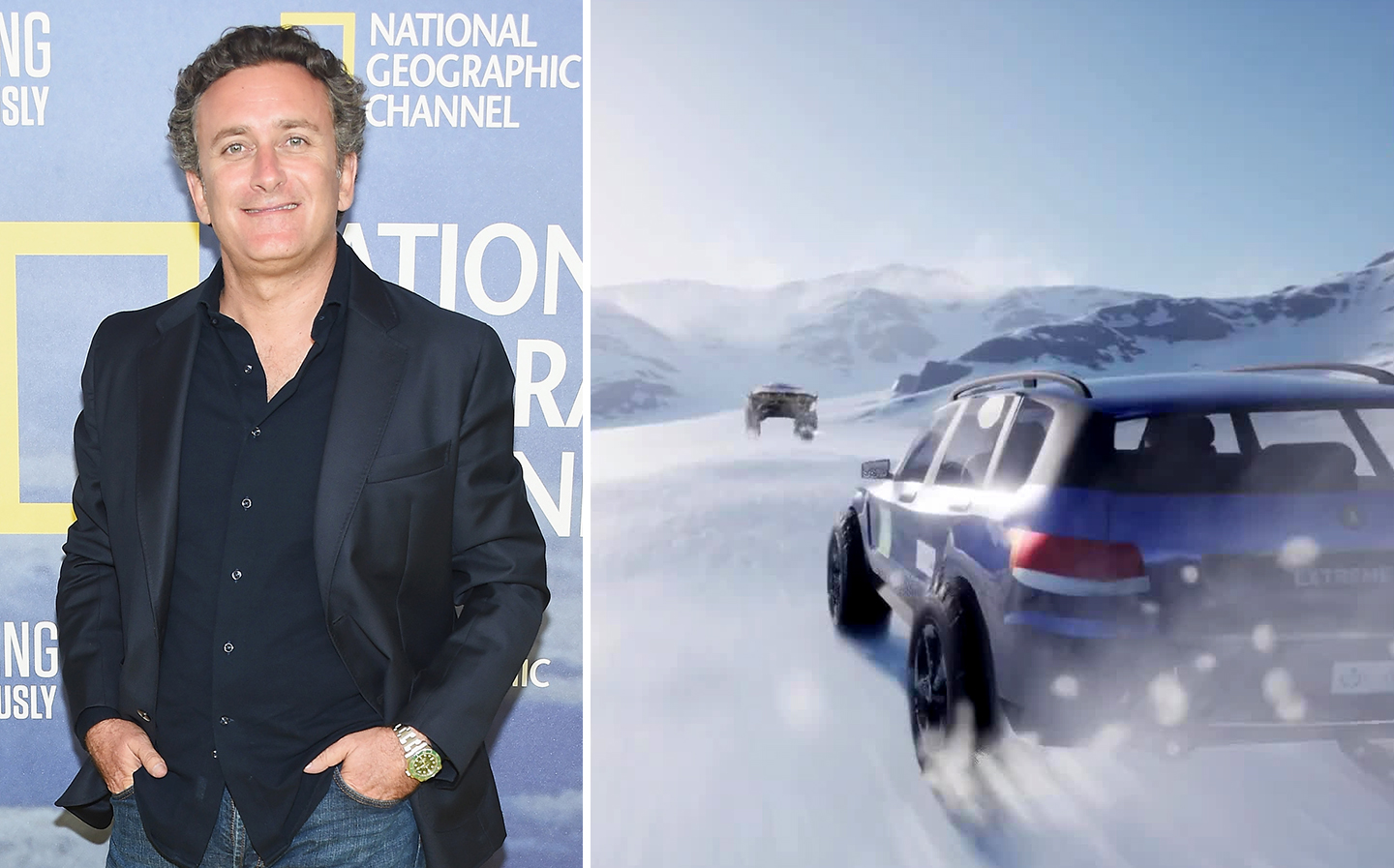 Extreme E: the off-road racing series on an eco trip

Alejandro Agag, the man behind Formula E, has a new electric racing series in the works. But this time, he's going off-road with a mission to highlight climate change. Will Dron asks how a bunch of 4x4s tearing around at-risk environments is at all "eco".

Valued Member
Isn't/wasn't there a plan for an electric rally cross series? 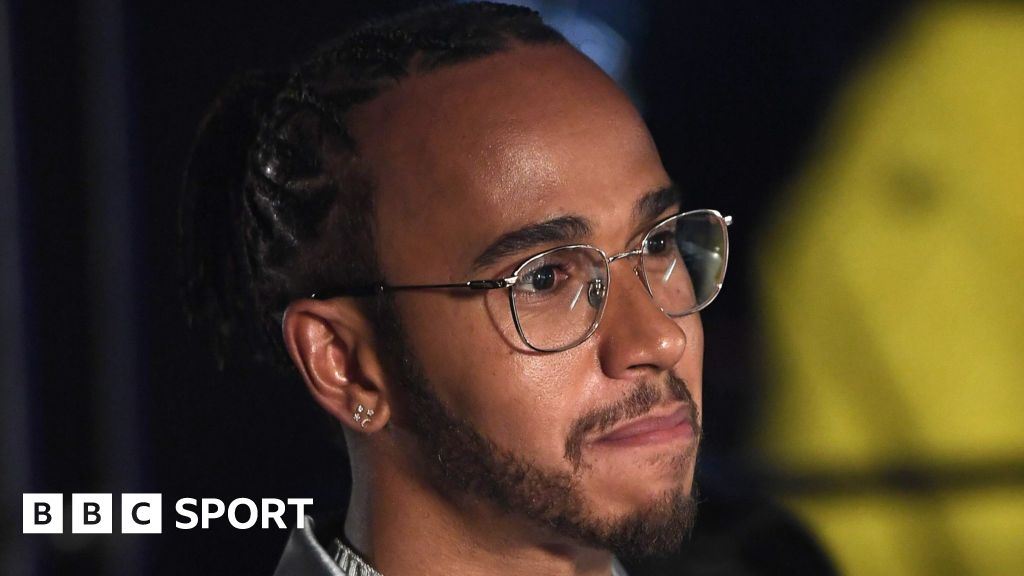 Very interested to see how he goes with this. Kind of goes with this environmental ethos and also his first time dipping his toe into the water on life outside F1. Can't imagine Liberty Media are happy their prized cow is elsewhere. Bernie would never have stood for it.

Very interested to see how he goes with this. Kind of goes with this environmental ethos and also his first time dipping his toe into the water on life outside F1. Can't imagine Liberty Media are happy their prized cow is elsewhere. Bernie would never have stood for it.
Click to expand

I've not been able to get any clarity as to whether Hamilton will actually race any of Extreme E - or will simply be a team-owner?

The nearest I can think to this was when Alonso owned a Tour-de-France team...

Contributor
I read it as team owner. Pretty certain given his talk of diversity his drivers will end up being Billy Monger and Jamie Chadwick but we'll see

Whichever it is it's a great PR coup for the series and starts to link him in with Formula E as well given Formula Extreme is it's twin series.

Contributor
Did anyone watch the Saudi event?

Personally I enjoyed the quali/time trial element. The racing was not great great due to the dust kicked up. If you were not in the lead by the first/second gate you were at a huge disadvantage due to the huge amount of dust and sand being kicked up.

From the organisers point of view probably the wrong inaugural event (it might put people off tuning in for the next event), but I expect the racing to be closer on other venues when visibility might be better.

If you have the BBC iPlayer it is all on there, not sure about other countries.
Last edited: 4 April 2021

The racing was absolutely terrible. I was really disappointed that the racing was effectively determined by who was first through the first gate, as after that, the dust was so terrible, you couldn’t get anywhere near close enough to overtake. Completely wrong place for a head to head race!

Staff Member
Premium Contributor
Just watched it so I'll try and give a balanced opinion.

What an absolute steaming pile of shite.

One of the poorest excuses for racing I think I've ever seen.

Hilariously started by saying the "E" was all about the Environment, Entertainment and Equality.

Firstly, the race was held in Saudi Arabia, a country that doesn't appear near the top or even middle of many people's lists when it comes to equality.

Secondly, people don't tune into Motorsport series to have environmental issues rammed down your throat for 20 minutes before we see any racing. Taking a race series into five different venues that face environmental issues, to raise awareness, is as daft as Gordon Ramsey opening a pop up restaurant in 5 of the most famine ravaged places on Earth to highlight global poverty.

Finally, Entertainment? The coverage was absolutely abysmal. The race or what laughably passed for one, featured one car taking the lead In turn 1 while the two behind were so blinded by dust they couldn't do anything about it. The coverage seemed to assume that people had been watching via other channels to the other bits as there were no driver profiles, no interviews with drivers before the race or much technical info at all. The whole thing was just "look how environmentally friendly we are, now let's run around for 10 minutes"

There was the very bizarre moment where we suddenly cut to a tent that was supposed to be some sort of control centre. There was no explanation for this and then we cut to the cars on the grid.

Of course according to all involved it was "awesome" "brilliant" "fantastic"

I'd rather watch 4 reruns of the 2005 US Grand Prix than watch that crap again.

Valued Member
I watched one of the qualifying sessions, struck me as an excuse for the mega rich to arse about in fast cars in far flung places. Didn't bother with it after that.

after a busy easter sunday. just watching it now. cant talk about the racing yet. but my god i have so much confusion on this. 1st of all why are many different tv companies showing this & thats just in the uk. its on BBC, ITV, Sky sports, Eurosport & BT. also why are sky only ones showing the semi final & "crazy" race. the other 4 only showing the "final". which is strange its like showing just 100m final in Olympics

then they explained how the races would work & how you win races. i was so confused by it. i think it would be easier to explain how the current F1 power units work. im not even going into gridplay farce 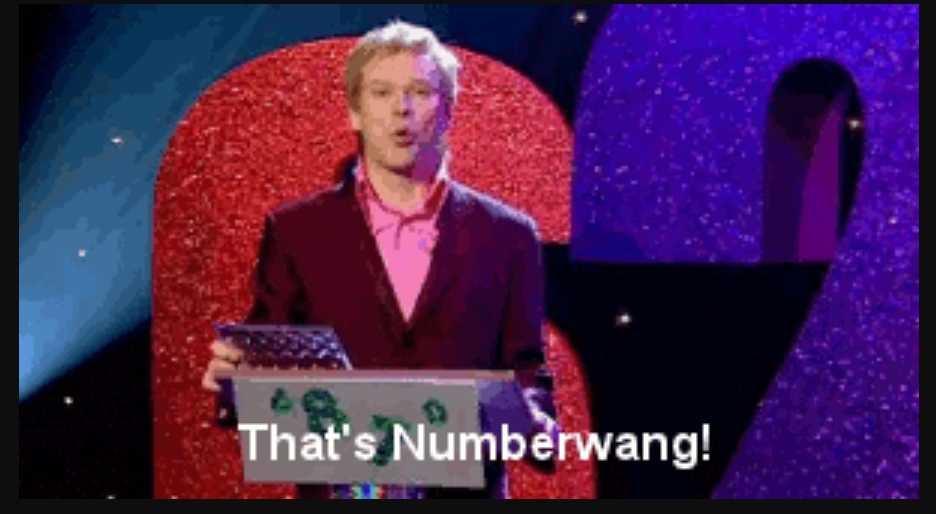 so you have 2 part qualifying (which gets you points) & that puts you in your own races. top 3 go into semi final, middle 3 go into the "crazy" race. never at any point did they say what made it crazy & then bottom 3 weekend is over as they are racing in rallying equivalent of the 3rd/4th playoff. utterly pointless race for 7th. then top 2 of 1st & winner of "crazy" race goes into the final
Last edited: 4 April 2021

just watched the semi final & then deleted both. fast forwarded the richard attenborough documentary, & never saw the "crazy" race so the craziness will forever be a mystery. Extreme E must be the most boring thing ive ever watched. which is saying something. as ive watched some horrific F1 over the years mainly from Barcelona

i had to watch the full rerun of the 2020 abu dhabi GP. just for some excitement. they can keep that

ah just reading through the comments on here. i feel alot better about my comments. as i worried id gone full bottas on it. but im glad im not the only 1


RasputinLives said:
Or will it just bomb and be written off as an experiment?
Click to expand

FB said:
struck me as an excuse for the mega rich to arse about in fast cars in far flung places
Click to expand

Contributor
I used to enjoy watching rally, and I am looking forward to different terrains with drivers from different disciplines there is an F1 champion, motor cross champions, rally champions and Liaia Sanz (dakar) has moved from two wheels to four. Cars are identical so (bar technical problems) it is only the driver making the difference.

It is only 5 races, so I'm willing to give it a chance. I do agree the is a lot of repetitive eco-message in the broadcast so much that I muted the desk top and streamed something else on my laptop until the cars lined up.

Unfortunately, it seems the next one is on sand again; Lac Rose in Senegal. I am looking forward to some dirt tracks.
Last edited: 5 April 2021

And hopefully, they’ll stop giving stupid penalties for people speeding in the “pit lane” - not least when the penalties were caused by faulty software, provided by the organisers.

If this, entire, series disappears before the second round, it won’t be too soon!

There’ve been much better racing series (A1, GP masters) that have disappeared just as quickly (although GP masters had a similarly chaotic final event!)