We can only hope that Silverstone is closer in the action to Baku than to Austria, which is probably in the running for one of the dullest races this year.
The weather may well come to the rescue at Silverstone, it is often, windy, wet and frequently cold. It's also very flat and used to be very fast until the powers that be decided that fast wasn't really what F1 is about. So starting at Woodcote in 1975 started to make changes to slow the track down. In 1990-91 the tracks transformation from super fast to technical was pretty much complete, although they still tinker and tweak it from time to time. Now they may well be taking a break from 2019 until .....? But we shall know by the time the race is run next week-end.
They say that they can't afford to host the race anymore, and when you look at the other races round the world many are government backed, or at least backed by very rich oil countries, it becomes obvious that to keep pace is not easy, Silverstone does not get Government backing. Who does?
There is a suggestion that Liberty Media buy Silverstone, but that is only a suggestion. There is also a suggestion that the British GP should be run around the Docklands area of London, that might be fun. But it should all be clear soon.
As to the racing this weekend, well if it's wet, the driving conditions will be trickier, which is always good. If it's dry it could well be another Austria. Whatever the conditions, it will favour the Mercedes and the Ferrari, well the Ferrari driven by Vettel anyway, if Raikkonen can be bothered it would favour his Ferrari as well. Hamilton needs a win and I'm sure he would be happy if Vettel's car stuttered to a halt mid race. Meanwhile Bottas just goes quietly about the business of being Bottas and collecting a useful hoard of points.
The Red Bulls are getting better, but it would be brilliant if Max Verstappens car held together for a race. Danni R is doing a good job of point collecting, but two Red Bulls stealing points would be better for the championship. The rest of the field are all very close, and that includes the Williams which I was hoping would be closer to the top teams than the mid field this year, but Lance Stroll is developing which can only be a good thing.
As for McLaren, well what can you say ?
For those of you going to Silverstone I hope it's a fabulous race weekend, for those of you camping at Silverstone I hope the rain holds off.
But for the sake of an interesting race, I hope we get lots of "showers" on Sunday afternoon.
Click to expand

More than 344000 spectators over the 4 days at Silverstone.
It's great.
I hope that the circuit will remain in the calendar and after 2019 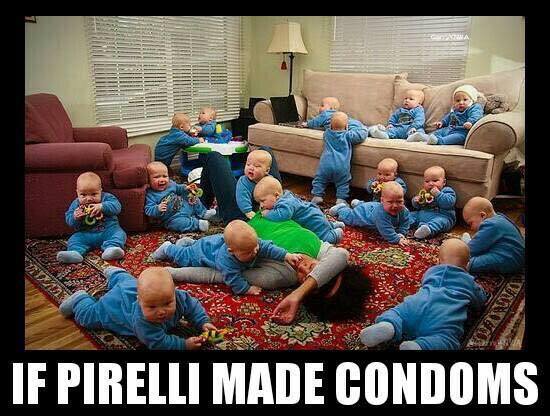 During the trophy presentations over here in the states on NBCSN. Jackie Stewart who was handing out the constructors trophy to Lewis's race engineer Bono, and then shook his hand. Bottas who finished in second place, also received a congratulatory handshake, but when it came to the race winner Hamilton. The camera cutaway, while leaving me to wonder if he had shaken his hand, and offered him any congratulations. The reason why I have this question, because of the way that Stewart again as a trophy presenter at the 2017 Australian GP, during the podium celebration. He then completely ignored Hamilton who came in second to Vettel, and shook hands with all the other trophy recipients, all except Lewis.

Valued Member
That is very odd. Could only find this video of the podium at Silverstone and they did a close up of the Merc engineer as JYS went down the podium so I can neither confirm nor deny whether he shook hands with Lewis. FF to about 2:40

Although the image is taken from this article which I don't think will have done much for relations between the two men.

Contributor
Stewart seems to have a big problem with Lewis and has been critical of him many, many times. Could it be jealousy or resentment because Lewis has smashed all the UK Formula 1 records held by Jackie or is it just because Lewis is the anti-Jackie?

Valued Member
Yes, apart from the World Championship one although Stewart was quite a long way behind Fangio and Jim Clark didn't win more than 3 because he died stupidly young.

JYS has as many opinions as Jacques Villeneuve, unfortunately. My favourite exchange was one between him and Bernie when he criticised Ecclestone for making so much money out of F1. Bernie replied "At least I pay my taxes in the UK".

Staff Member
Premium Contributor
JYS has been a walking billboard since 1973.

There's an amusing passage in Johnny Herbert's biography on JYS insisting that drivers attend a coaching session with him at a race track (can't remember which one) so that JYS could show his drivers how they should be driving. Apparently, the apathy towards doing this was a major factor in Jan Magnusson's spell with the team coming to an end.

Only numbers: comparision LH vs NM vs JS

FB said:
JYS has as many opinions as Jacques Villeneuve, unfortunately. My favourite exchange was one between him and Bernie when he criticised Ecclestone for making so much money out of F1. Bernie replied "At least I pay my taxes in the UK".
Click to expand

FB....Good old Bernie....Always has a smart ass answer to a question, when he cares to respond....

I do believe that Jackie Stewart after handing Bottas his trophy for finishing second, decided then to completely ignore Lewis the race winner of the British GP. As Stewart did to him at the earlier 2017 Australian GP, as my post # 82 clearly show. FF 2:28
A rather appalling display, by one considered to be an elder statesman of the sport, especially at the British GP.

Contributor
Elder statesman he may be but he has always had the ability to act a bit of dick at times. Why agree to do a podium presentation knowing you will probably have to refuse a handshake with someone you Don't like? If you felt that strongly about it you'd say no to the podium presentation.

Unless of course you wanted to make sure people knew you refused to shake hands. Get a bit of publicity. Would be great if you had a new as campaign you want to promote. Oh wait! Look at that!
Last edited: 18 July 2017

I am a bit confused by JYS stance towards Lewis at the moment. Records are meant to be broken but he seems to be critical of Hamilton of late but that is because Lewis wants to win.

Couple of things about JYS, he is highly dyslexic, and like many with that condition he has a single aim irrespective of how one gets there, his campaign for safer conditions for GP drivers, how to overtake ( no outside on corners), the fitting of Armco to all tracks to stop running off, killed his team mate when a joint gave way. That incident prompted the start of his decision to retire, whether for self preservation or that he realised that his campaign had led to Cevert's death, who knows, he certainly achieved his third title under a follow my leader era and JYS was the leader and politically made sure he was. Clark's death along with Hill's serious injuries allowed him to achieve 3 titles instead of possible only one if he was lucky, luck is a major factor to a WDC whether by choosing the right team at the right time, mechanical failure or having the wrong team mate, LH in recommending JB to join him at McLaren was a major factor in missing out of one title, JB sticking with Honda was another for his only single title.
Should he have a problem with Lewis it is certainly down to his condition and it must have plainly played on his mind to exclude any rational thought as to how it is perceived by the fans or general public, though what it was who knows, but Lewis never mentions him as either a role model or one of his hero's perhaps that rankles as JYS is very self centred.
Last edited: 19 July 2017

Staff Member
Premium Contributor
JYS had already made the decision to retire before the death of his team mate. Cevert's death occurred in what would have been his final GP anyway.

Contributor
Lewis probably doesn't mention JYS as a role model or a hero because he was born a ridiculously long time after he retired and probably never saw him race. To be honest Lewis would have been barely old enough to remember seeing his own hero Senna racing so the fact he has not referenced Stewart as a hero growing up is no surprise!

This seem ridiculous to me. Danny Ric made 15 overtakes - that's 3 times more than anyone else - most of them edge of your pants dive bombs.

Could this be more to do with who he overtook? Me thinks so.

Staff Member
Premium Contributor
A bit like when Sato in the Super Aguri won overtake of the season when he passed Alonso in Canada a few years back.

Valued Member
The greatest move ever

Who, in your opinion, is the more self-centered: JYS or LH?