Fenderman said:
@sushifiesta's comment begs a question for our statisticians. How close would the championship have been under a "drop scores" system like that used in 1989?
Click to expand

Ask and you shall receive! Unfortunately (perhaps) the answer is that very little changes at all! So for those of you that are interested but don't know what's going on, in the past F1 used a dropped scores system in which only a certain number of races count towards your points total in the WDC. Most frequently in the years before it was dropped, 11 out of 16 (around 80%) races in the season were counted. What I've done is calculate the points and positions that each driver would have had this year if 30% (6 races), 40% (8 races), 50% (10 races) etc. of the races counted all the way up to the actual WDC result (100% races counted).

Plot of Position vs. Number of Races Counted (I did my best to make it possible to read!!): 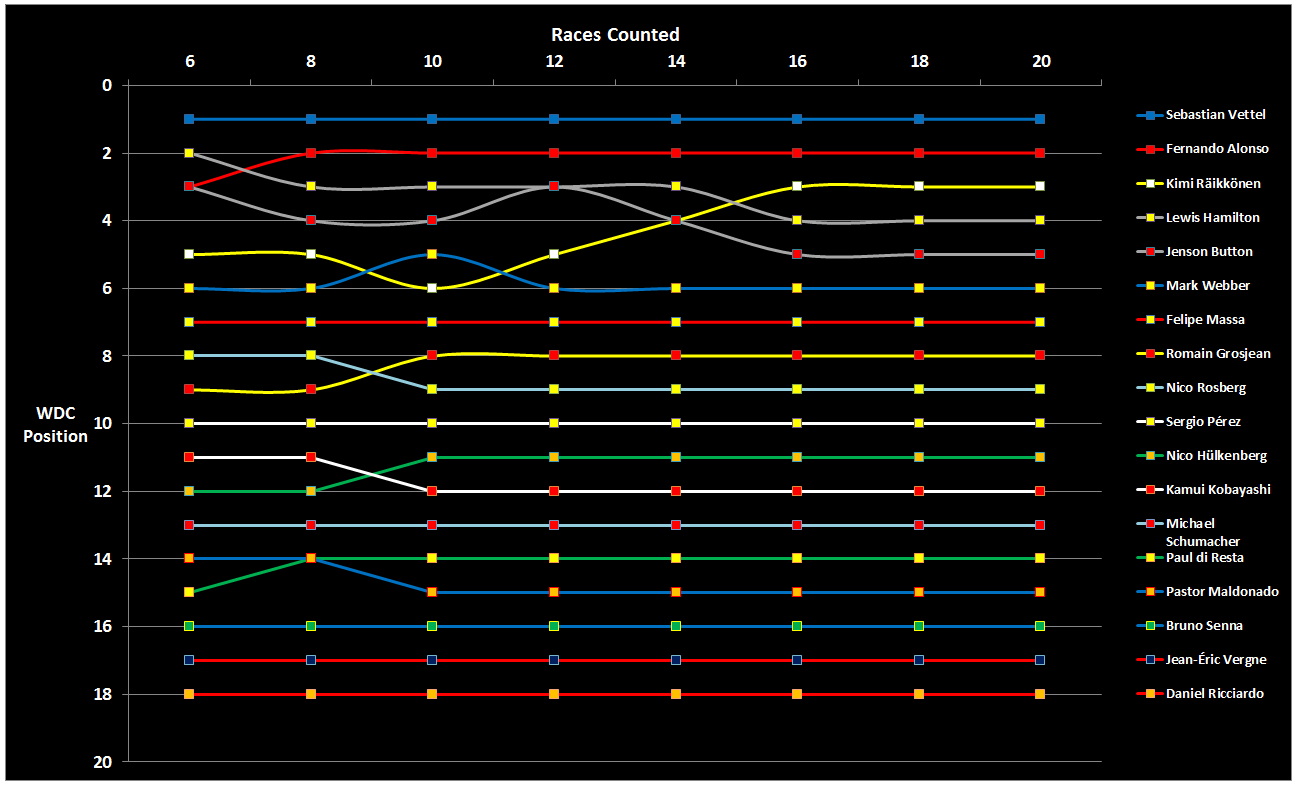 Table of Positions and Points:

Unless a ridiculous amount of races are dropped, pretty much nothing changes. In fact, if we take a realistic dropped scores system in which 4 races are dropped (20%, 16 races count) the final standings are exactly the same!

Supporter
They used to split the season in two halves. You dropped your 4 (or so) worst scores in the first half and then the same for the second half. That's the method I'd be interested in. Please do not feel obligated to work that out though Sushi.

I don't think it will make much difference but I probably could work it out without too much difficulty having already done the above. I'll try and do it at some point over the next few days but I might forget.

And on second thought, get on that right away!

Contributor
Ok I'm on the same page, I'll try to do it at some point soon. I didn't realise it used to work that way, I'll be very surprised if it makes anything other than a marginal difference though. The 10 races counted column is the most relevant one for that system as things stand.

I have Heinz Prullers' Grand Prix Story of 1979, with Jones complaining about the rule, after his 3 wins in a row, but he was out of competition already, because he only scored 4 points in the first half. It was a really silly system that originated earlier in F1, when they didn't have that many races.

I think the idea behind it was to make higher scores more important.

Valued Member
hahahaha.... sushifiesta ... there I was at lunch time today running simulations based on the last 5 scoring sysytems (back to 1980) and Bernie's Go for Gold olympic dream sequence of Gold / Silver / Bronze... and I happen upon this post...

Contributor
KekeTheKing I haven't had the time to check it fully but I'm 99% sure there aren't errors and here are the results. To clarify, the races counted axis is now the total races counted with half of those races coming from the first half and the rest from the second half of the season. 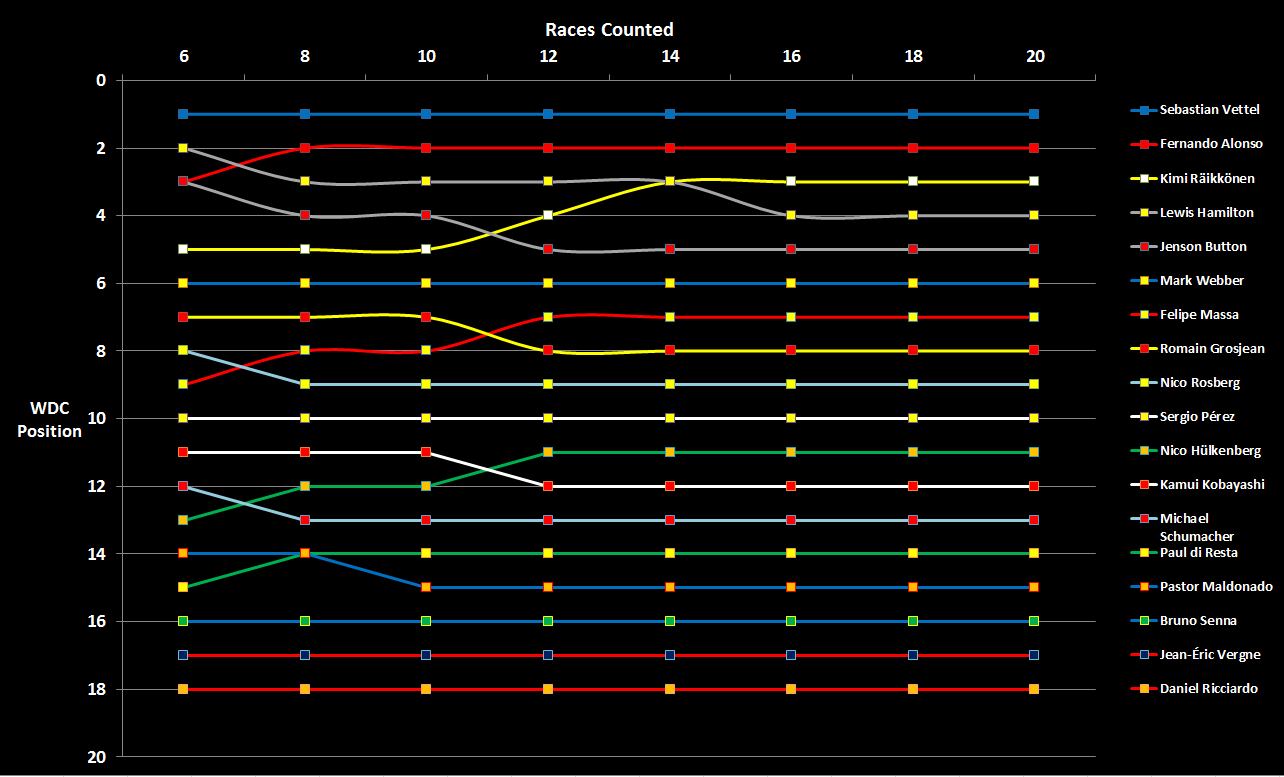 I haven't had the time to analyse it properly either but to my eye not much changes as I thought would be the case.

I'm also going to go and make a new article now with championship tables for both the first and second halves of the season because I think that's an interesting by-product of working this out.