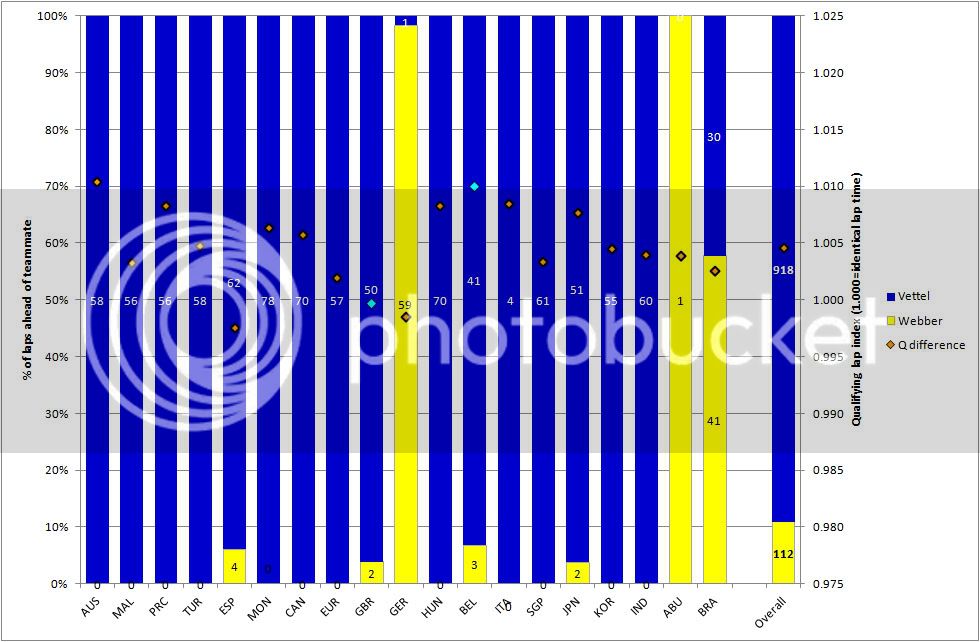 
No prizes for guessing how this comparison was going to look. Mark was only able to outqualify Sebastian three times - at Catalunya, Silverstone and the Nurburgring - and only in the third case was he able to maintain that advantage in the race. Vettel's lap two retirement at Abu Dhabi, plus his gearbox malady in Interlagos, give the final races an illusion of competitiveness.

The difference with 2010 is striking, when Webber qualified ahead seven times, with the average qualifying difference between the two around the 1.0010 mark (compared to 1.0046 this season). If the 24-year-old double world champion ever has a more dominant season than 2011 he will have done staggeringly well.

Valued Member
Other than Germany and the gift of Brazil, Webber was ahead for all of 12 laps. I've had to delete a staggeringly low amount of races to arrive at that figure!

Why did Nico beat Lewis at the end of the season?
2