Like many team owners and principals Frank Williams started life as a driver and mechanic. Realising his ability as a driver wouldn't allow him to reach the levels he hoped Williams set up Frank Williams Racing Cars and in 1969 entered a Brabham chassis for Piers Courage. Through to 1976 Williams entered customer cars from other manufacturers before settings up Williams Grand Prix Engineering in 1977 with Patrick Head.

In 1977 Williams GPE entered a March 761 for Patrick Neve. In 1978 Patrick Head designed his first Williams car, the FW06, driven by Australian Alan Jones The car scored it's first points at the South African Grand Prix and Jones took Williams first podium at Long Beach, finishing 2nd behind Carlos Reutemann in a Ferrari.

In 1979 the FW07 chassis debuted and Williams had grown into a 2 car team with Clay Regazzoni joining Alan Jones. Regazzoni scored Williams first Grand Prix victory at Silverstone and Jones took another 4 victories that season. Continuing with the FW07(in A and B spec) in 1980 Jones, now partnered by Carlos Reutemann, won 6 races (5 for Jones and 1 for Reutemann) with Jones winning the drivers title and Williams the Constructors Championship.

With the FW07 in C & D spec Williams won 4 more races and again took the Constructors Championship in 1981 but missed out on the Drivers Title. Continuing with Cosworth power in 1982 Williams moved onto the FW08, a car originally designed as 6 wheeler, and Keke Rosberg joined Carlos Reutemann. Reutemann retired 2 races into the season and Mario Andretti stood in for a single race before Derek Daly permanently replaced Reutemann. Rosberg only managed a single win at the Swiss Grand Prix 1982 but it was enough for him to win the Drivers Championship.

Having driven for Frank Williams back in 1974 and 1975 Jacques Laffite partnered Keke Rosberg in 1983. Rosberg won the Monaco Grand Prix with Cosworth power and by the end of the season Williams had moved to Honda turbo power and the FW09 chassis. 1984 continued the pattern of 1 win per season for Rosberg and the Williams team with Keke taking first place in Dallas.

Nigel Mansell joined Williams in 1985 and the team, still with Honda turbo engines, won 4 Grand Prix. Piquet replaced Rosberg for 1986 and between them Mansell and Piquet won 9 of the 16 races and Williams the Constructors Championship. 1987 saw another 9 victories for the team and another victory in the Constructors Championship as well as Piquet winning the Drivers Title

The departure of Honda as engine supplier and Piquet as a driver in 1989 saw Williams move temporarily to Judd engines and Mansell, now partnered by Riccardo Patrese, had a very lean season with their highest finish only 4th.

Williams secured Renault V10 power for 1989 and the next 9 season proved to be Williams most successful. They won 63 Grands Prix, 5 Constructors Championship (1992, 93, 94, 96 & 97) and 4 Drivers Titles (Mansell 92, Prost 93, Hill 96 and Villeneuve 97). Other winners for Williams in this period of dominance included Riccardo Patrese, Thierry Boutsen, Heinz Harald Frentzen and David Coulthard. This period was also touched by tragedy when Ayrton Senna lost his life in a Williams car at the San Marino Grand Prix at Imola in 1994

The withdrawal of Renault from F1 in 1998 moved Williams into another barren spell as the cars were powered by ageing Renault engines produced by Mecachrome (98) and Supetec (99).

Williams changed to BMW V10 engines in 2000 and returned to the winners circle in 2001 with Ralf Schumacher and Juan Pablo Montoya at the wheel. The partnership with BMW continued until 2006 with Williams winning 10 Grands Prix and were runners up in the Constructors Championship in 2002 and 2003. Ralph Schumacher drove for Williams for 6 season and was partnered by Alex Zanardi, Jenson Button (debuting in F1 in 2000) and Montoya with Mark Gene and Antonio Pizzonia making occasional appearances as stand in drivers. BMW's final season with Williams saw Mark Webber and Nick Heidfeld taking podiums but able to not challenge for wins.

A season of Cosworth power in 2006, with Mark Webber joined by F1 new boy Nico Rosberg, proved very unsuccessful and in 2007 Williams became customers of Toyota. As one of the few truly independent teams still competing in F1 Williams struggled to compete with the factory supported teams and were probably best categorised as "the best of the rest". Webber left at the end of 2007 and Rosberg, initially partnered by Alex Wurz and then by Toyota "works" driver Kazuki Nakajima, managed a highest finish of 2nd in Singapore 2008 with Williams finishing 4th, 8th and 7th in the Constructors Championship whilst using Toyota power.

In 2009 Williams sold a minority share in the company to an Austrian investment company led by Toto Wolff.

In 2010 Williams returned to Cosworth engines and signed up Rubens Barrichello and Nico Hulkenberg to drive for them. Hulkenberg took a surprising pole in changeable weather conditions in Brazil to give Williams their first such grid position since Nick Heidfeld in 2005. Although regular points finishers Williams weren't challenging for wins and finished the season 6th in Constructors Championship.

2011 sees Rubens Barrichello retain his seat at Williams with GP2 Champion Pastor Maldonado alongside him. They will continue with Cosworth engine power.
Click to expand

Main concern is the impact on the engineering team who design the car. Who leaves and who joins will be interesting to see

Valued Member
I mean, Flav won, what, seven world championships? If Roberts does better than that I'll eat my hat.

But yes, identifying, attracting and keeping talent will be crucial.

Force India showed what could be achieved with a limited budget but a decent all round package.

Williams must recruit to build a decent all round car first.

That quote about Flav he knows

about F1. He has destroyed a lot of drivers careers and he would not know how to manage Williams through the tough period

Premium Contributor
I have a picture in my head of the new owners at Williams standing around in the garage looking at the cars and wondering what the hell to do next.

Titch said:
I have a picture in my head of the new owners at Williams standing around in the garage looking at the cars and wondering what the hell to do next.
Click to expand

Valued Member
You have to assume that any company who have probably spent a vast amount to buy the Williams team have a plan as to how to make it work and although the people at the top may have changed those who run the team day to day are still there.

cider_and_toast said:
Driving talent can wait a little, it's engineering talent that they really need.

Force India showed what could be achieved with a limited budget but a decent all round package.

Williams must recruit to build a decent all round car first.
Click to expand

well as ive said Williams must look back & think what if. as they had 1 of the worst aero chassis on the grid. its a hangover they only just getting over now. but engine saved them big time

FB said:
You have to assume
Click to expand

You know what they say about assume ...

I read an interesting article the other day. Apparently the Andrea Moda car wasn't bad; Roberto Moreno reckoned that with AGS's management and Andrea Moda's car, there'd have been a race-winner! Can't see it myself...

Staff Member
Premium Contributor
The Andrea Moda S921 car was a 2 year old shelved design by Simtek for a BMW works F1 car and was a gigantic heap of junk. Powered by outdated Judd GV engines which were themselves based on the last era DFVs they had no chance.

The design was revised twice to eventually become the Simtek 941 and was used by that team in 1994. Unsurprisingly that car was still a heap of junk but at least with the customer Ford HB engine they mostly qualified and finished even if it was miles out of the points.

One of F1's biggest miracles was Moreno qualifying that Andrea Moda for the 1992 Monaco GP.

Valued Member
So I have been trying to find out who owns BCE Limited, based in Bermuda, who now own 75% of Williams, but you have to have access to the Bermudan equivalent of Companies House and they won't let me in. If any of you are more devious than me please do some digging. I know who BCE limited suggest, but really? 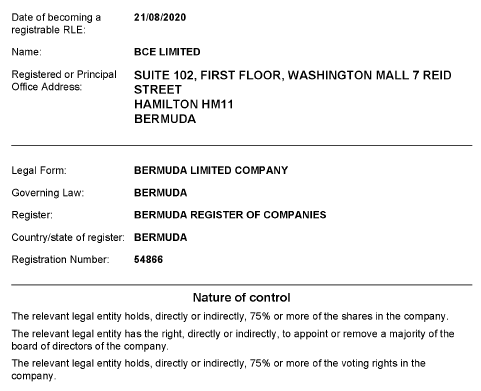 Contributor
I think the whole idea of setting up a business in Bermuda is that no one can get in to see who owns it. Same as when they set it up in Guernsey.

Premium Contributor
I can’t see anything that connects BCE to Williams, I can only find Dorillton Investment and Versa.

Premium Contributor
I love a good mystery, the sale of Williams to Dorilton was done by a Dorilton subsidiary BCE limited, part of the Dorilton group. All I could find out about them is that they are thought to be a single highly sourced family.
So the plot does indeed thicken.
The two CEO’s of Dorilton are two of the three board members of Williams, and they are both ex Rothschild bankers. So I guess the man who will be on the spot will be Pipa Middleton’s husband, ex racing driver of Manor ? Racing.

I hope that he makes full use of his royal connections to raise some sponsorship...

Perhaps they may race under Royal Appointment if he is still there when his sister in law becomes Queen.

I hope that he makes full use of his royal connections to raise some sponsorship...


He won’t need to, the other two board members as I said are ex Rothchilds bankers. Who knows maybe BCE is a cover for a Rothschild, one who’s always wanted a racing team .

Valued Member
John Booth, ex-of Manor, is rumoured to be being considered for the team principal job.