Where now for Nick Heidfeld?

Staff Member
With the news that Michael Schumacher will be driving for Mercedes in 2010, where does that leave Nick Heidfeld?

Many people assumed that he would be taking the 2nd seat alongside Nico Rosberg, making it an all German team.

Realistically ther are only 2 seats left now which leaves him very few options; Renault and Sauber.

It's an odd situation for a driver of Heidfeld's ability to be in, bearing in mind much lesser drivers have already secured deals.
I suppose it's a chain of events which has resulted in this situation and Nick keeps getting pipped to the post so to speak.

I guess he'll remain with the Sauber team, which is a shame as it's probably the start of his career downturn. I think Nick is one of those drivers (see also Brundle, M; Alesi, J ['95 Canadian win notwithstanding]) who in a few years time will sit back and wonder why it never happened for him.

Valued Member
I should think he'll go to Sauber (again).

The BMW wasn't that far off the Brawn by the end of the season, I wouldn't be surprised if the Sauber is a competitive proposition next year. No shortage of motivation to beat Schumacher, eh?

Was he holding out for this drive? If so perhaps that explains the early announcememt... they said they would announce in the new year. Clearly they have done Nick a favour (wittingly or otherwise) and he can now commit to a deal with Sauber, who I feel sure will have him since he is a known quantity and that is what they need right now.

GordonMurray said:
I should think he'll go to Sauber (again).

The BMW wasn't that far off the Brawn by the end of the season, I wouldn't be surprised if the Sauber is a competitive proposition next year. No shortage of motivation to beat Schumacher, eh?
Click to expand

the knives are sharpened in the german camp, GM. we might have a real battle on our hands if schumacher will take up the mercedes. it does add an interesting dimension to the GP's.

i thought nick was a bit flattish last season. the real guts and glory attitude was missing at times

I guess he'll remain with the Sauber team, which is a shame as it's probably the start of his career downturn. I think Nick is one of those drivers (see also Brundle, M; Alesi, J ['95 Canadian win notwithstanding]) who in a few years time will sit back and wonder why it never happened for him.
Click to expand

Valued Member
I can't imagine why, if you were a new team, you would not get a grade A opportunist points-grabber like Nick Heidfeld for your team. Lets not forget that he outscored Kubica last year! Sauber and Heidfeld have worked well together before, USF1 or Campos should be jumping at the chance and I imagine he'd fit the Renault bill as well (Heidfeld/Kubica has been a great combination for BMW!).

I've heard a lot of "he's past it" talk about NH, but he's only ever been beaten over a whole season once (by Kubica in 08) and that's included season wins over Raikkonen, Massa and Kubica. I like him!
F

Yet in German Formula Ford, German F3 he was competitive usually finishing 1st, 2nd or 3rd.

Ok, he may still need to peak or get a lucky break in a really competitive car, but after 10 stabs at the cherry not exactly convincing.

Not every driver on the grid is the next Schumacher, but he's only been beaten twice by team-mates, and he's a points poacher. So many points he's got have been by keeping his head when everyone else is losing theirs. That is what USF1 and Campos will need, and there's no-one better at that job. He's the kind of driver you'd want winning you a WCC; he won't threaten your top guy but he will bring home the bacon.

Statistics can show anything, fedup.
F

They can indeed. I did give him credit for his successes in lower formulas. I just think he has never crossed that fine line between being one of the also rans or one of the greats. He's a far better driver than I could ever be and being in F1 you could say he's probably one of the best drivers in the world.

However... regarding stats I've used them to show he's not been too successful.

You've also used them to show he hasn't been that successful, but then he's had useless drives. So at least we both agree.

We only see stats and press release's and final results. We don't really see what goes on behind the scenes. I'm sure if a team boss thought he could be one of the greats then he would have had his dream drive. I know that not every driver is the next schumacher, but after ten seasons I'm sure we would have discovered if he was. Comparing NH to Kovi in 2009 does not count, Kovi was probably one of the most unsuccessful on the grid this year.

So if he doesn't win the WCC in 2010, it doesn't matter he's great, it's the car thats a dog and as long as the No.1 driver brings home a loaf of bread then they can have a bacon buttie. Schumacher greatness was car setup and development, NH with 4 seasons at BMW and very limited car progression, I could argue that this is not NH forte so probably not really what newbies USF1 and Campos need.

Anyway TBY, stats can say what they want, these are just our opinions, if at the end of 2010 you're right then I will acknowledge it with a big

and admit I was wrong.

Hope you had a good Crimbo and best wishes

Did santa bring you a telly bigger than Bro's cos I just got a new jumper again ?

Valued Member
In answer to the specfic question asked can I suggest Heidfeld makes way for a younger, hungrier driver and sod off to DTM. I come back to my age old winge about drivers hanging about for too long when they are obvioulsy not going to get a top drive but can't bring themselves to walk away.

I suppose the drivers who have been hanging about for some time all now look at Button last season and think "that could be me" but, let's face it, that was an exceptional result and one which I think is very unlikely to be repeated (especially as no team will have $300 million from Honda to build a car)

The latest rumour has Ferrari putting pressure on Sauber to take Fisichella so that would only leave Renault as the last remaining half decent seat.

Valued Member
I can't see any logic in taking Fisichella (or de la Rosa, who is also linked) over Heidfeld, unless it's a money issue.

Presumably Ferrari would be paying Fisi's wages. Would they cut the price of the engines too? Not much, I wouldn't have thought. Keeping Fisi race-fresh "just in case" must be quite a long way down Domenicali's list of priorities?

Staff Member
Now that Pedro de la Rosa has been given a drive at Sauber, that basically just leaves Renault for Nick H. 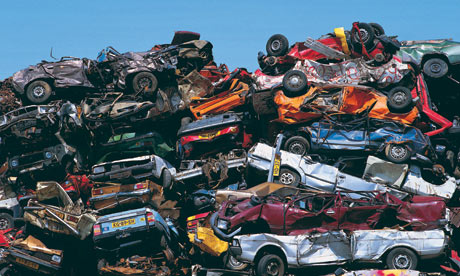 Staff Member
Premium Contributor
I wonder by signing as test/reserve driver at Merc, Nick is hedgeing his bets on a return to racing in the event Schuey dosn't cut the mustard. It's a gamble to think that but then it worked for Hakkinen in 1993 after he left Lotus for a test driver roll with Mclaren because he was insurance against Senna not resigining and it also worked for Mark Blundell who found himself in a Mclaren race seat after Mansell's aborted come back.

So maybe Nick has got one eye on the future and is willing to gamble that Schuey may not be in the car all year or perhaps may not race again next year.

It's risky but it could work.

Staff Member
I suppose that's one way of looking at it.

Quite frankly I'm astounded that Nick couldn't get a drive considering some of the drivers that have been re-signed for this season.

Valued Member
Now formally confirmed Heidfeld will be taking over from Schumacher when the car isn't fast enough, on the premise that Schumies neck is too weak to cope with the stresses of F1 official test driver for Mercedes Grand Prix.

Brogan said:
I suppose that's one way of looking at it.

Quite frankly I'm astounded that Nick couldn't get a drive considering some of the drivers that have been re-signed for this season.
Click to expand

comes down to sponsorship money, really. How much fan you bring to the team personally or who will sponsor a team on the basis of who is driving for them, Santander and alonso.

Staff Member
Autosport are running a story that Nick Heidfeld may replace Pedro de la Rosa at Sauber from the Singapore GP onwards.

Nothing confirmed yet but I can see this being a definite possibility.