Contributor
Strap yourself in for 30 questions.

Kimi Raikkonen
2. What instrument did Damon Hill Play back in the days of the Jordan Team Rock Band.

3. Name all 3 podium finishers in Hungary this year for 1 point. 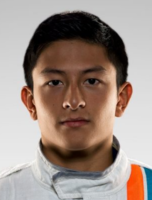 Rio Haryanto
5. What year did F1 last have refuelling?

Glock and Trulli
9. Juan Manuel Fangio won 5 F1 WDC world championships. But how many years was he active for in F1?

17
15. How many times did Nigel Mansell win the British Grand Prix?

Lotus
17. What 3 year period did we race at Phoenix in the US of A

Just the 1, 2006 champion
20. What shampoo brand did Jenson Button advertise?

Head and Shoulders
21. Crashgate in 2008 gave Alonso his first win that year after Nelson Piquet Junior admitted he had crashed under team orders. What year were the revelations made?

2009 after Piquet was fired 2/3rds the way through the season
22. Who replaced Nelson Piquet Jnr at Renault

Romain Grosjean
23. How old is Bernie?

Bahrain
29. Has motor racing ever been in the olympics?

Yes. Motor racing at the 1900 Summer Olympics - Wikipedia, the free encyclopedia
30. Final question. What is a ‘Mash Tun’

A very large tank used to stir and break down the barley in whisky making. Mmmm whisky. Mashing - Wikipedia, the free encyclopedia
Marks out of 30?
Last edited: 17 August 2016

18 but with better luck could've been been 23 near miases

Also, the answer to 25 is wrong

Valued Member
Meh, I worked out 11 scoring positions so gave up at that point.


was it so long ago?