Contributor
Well... not sure where to start! What I will say is that all the questions raised on the other thread where I asked for questions, were raised and almost answered. I think it's best if you get the time to listen to it here...
http://www.jamesallenonf1.com/category/f1-news/

MTC is pretty special, lots of the previous years cars out there so it was pretty nice getting to see the 2008 and 1988 WDC winning cars (peeved that you weren't allowed to take photo's but I sneaked some of the drivers, Ayrton's MP4-4 and Kamui posed for me). 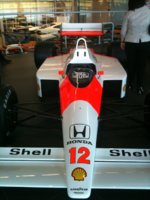 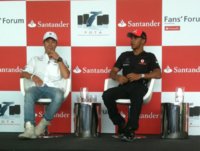 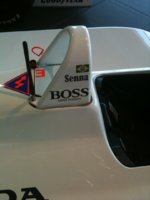 It was opened by a fairly short but proud speech by Ron Dennis who bigged up Martin Whitmarsh massively!

The Team Principal section was definitely the best - very commercial based and not massively new but they were detailed in why they prefer F1 to stay free to air, how they want all radio feeds to be made available... Brawn was very good when they were talking about exclusivity and said driver attitudes need to change and this needs to be addressed before they get to F1, in terms of thinking that they are above the fans - quite amusing then after they all agreed that Hamilton was the only one that didn't stay out for chats and autographs! Good question about crowning the WDC in public view and it sounded like the FIA affair is dull as ditchwater - I think it may be something that they will take on board though. Highlight was after the 'green' question around tyre usage when it was directed to Ross who was then informed that he should answer as he was using a lot of tyres up.

The technical section, hmm they were not as good at understanding our views but James Allison was particularly good and didn't beat around the bush adding a lot of humour in. Paul Monaghan I thought was fairly arrogant and didn't really want to be there and Paddy Lowe I don't really think answered the questions very well - what I can say is that they are all completely behind DRS and think it will improve once the tracks are understood more - sorry Sly!

The drivers section, again I think you should really listen to it, it was really good although fairly short. The difference between Kamui and Lewis is hilarious especially when asked how it feels to pull off a really great overtaking move - please listen out for Lewis' comments on Eddie Jordan, very funny.

So that's the main forum, between the sessions all (apart from Lewis) stayed back to chat to fans and after the session was over there were sandwiches etc and the vast majority of panelists stayed to talk.

I asked Martin Whitmarsh after he signed a few bits if Ross was signing to which he said "I think so but do you really want him to sign your cap?" No Martin No. Ross signed my pass along with Koby and Bob Fearnley. I had a little chat with Paddy and enquired as to Lewis' whereabouts especially after the whole exclusivity discussion - he said he had to go back to work and that he's on the simulator, to which I replied, "that's ok, can you take me to it I've always wanted to look", Paddy said ok I'll get that sorted in a minute for you

Suffice to say I didn't make it any further than the sandwich stand. But my god PL has really big eyebrows, I was fixated!

Ahh then I joined in a conversation with David Croft, we talked about the Monisha feature, Villeneuve's commentary and how crofty was trying to get him to be more brutal about Schumacher. I asked him why he's not on TV and he did say he'd like to if it came up but thinks Legard was given too bad a press - All I said was "well he increased your ratings". He joked that I was a Narain fan to which we discussed his brilliant defensive moves last weekend. Sadly he thinks I'm screwed and won't get F1 in Kenya

But of course I had to talk about CTA and said the owner said we have a David Croft but he's never posted so can you tell me if it's you or not? He said yes it's him, he had to join as certain pages needed him to be a member. I asked if he used it just for the overtaking data and he said he likes to have a look at what's being discussed, but yes I can definitely tell the site owner that it is him under his name!

So yes really good event and very worthwhile going to. All the panelists were so open and I'd love to see more of James Allison and Bob Fearnly, I particularly enjoyed listening to them.

Contributor
Almost forgot (I'm forgetting most of the day to be honest!) As I was leaving I was given a huge hardback McLaren - The Cars book (by William Taylor). I was talking to the girl that gave it to me and said you're so lucky to work here and she said, yeah it's pretty amazing! The

. Very lovely staff though, she told me what she did and how she got into it.

Hamberg said:
she told me what she did and how she got into it.
Click to expand

Contributor
Ooerr! It sounded above board - but that puts a different spin on the women in F1 question 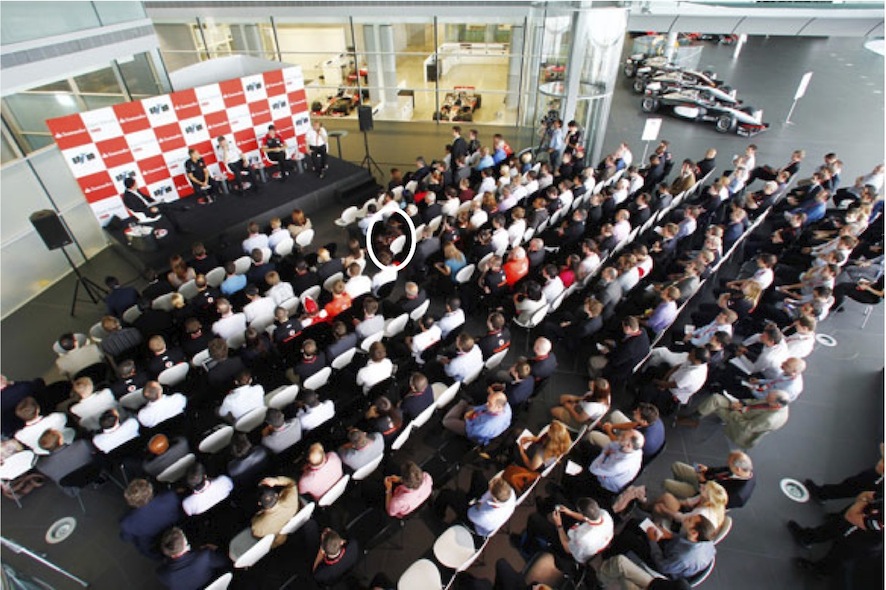 Hamberg said:
The technical section, hmm they were not as good at understanding our views but James Allison was particularly good and didn't beat around the bush adding a lot of humour in. Paul Monaghan I thought was fairly arrogant and didn't really want to be there and Paddy Lowe I don't really think answered the questions very well - what I can say is that they are all completely behind DRS and think it will improve once the tracks are understood more - sorry Sly!
Click to expand

Thanks for telling us what happened, seems like you had a good time, wish I was there

I see they put you up near the front too huh?

Contributor
Cheers all, I read it back and my sentence construction needs some editing but I'll edit tomorrow

As for my seating I claimed that spot using some caps and a cookie as a place saver!

Nice summary Hamberg - I'm not surprised the tech people were a little aloof. As a technical person myself, it's easy to get stuck into your own little world of specialism and miss the bigger view sometimes - I think it has something to do with the amount of work you have to do to become a technical specialist! We're not like "normal" people, you see...

Contributor
I found this comment from Martin Whitmarsh very interesting.Could it be that that F1 will still be free to air and also as "pay per view" with additional services allowing more information ie constant on demand radio, telemetery etc.?

http://news.bbc.co.uk/sport2/hi/formula_one/13978228.stm
"All of the Fota teams believe in free-to-air," Whitmarsh said. "There will be parts of the market where there will be some differentiated service offered, but F1 teams are creating brand exposure and all the names we have on our cars require us to have a large audience.
"Our current contract requires it remains on free-to-air and the teams are going to safeguard our interests and those of the fans in this regard.
"But it isn't as simple as we must stay free-to-air and we must stay away from pay per view.
"We have to really embrace that media is really multi-faceted. We have to make sure there is a mass free entry to be able to see grands prix. But there's an awful lot of people who want a lot more information than you're going to get on free-to-air."
Click to expand

sportsman said:
I found this comment from Martin Whitmarsh very interesting.Could it be that that F1 will still be free to air and also as "pay per view" with additional services allowing more information ie constant on demand radio, telemetery etc.?
Click to expand

Yeah, that'd be the obvious way to go!

Contributor
Wow - sounds like an amzing day H! thanks for the low down.

And Crofty is among us!

Nice to know we have a commentator and Journalist on here

Anyone know if we have anymore Commentators or Jorno's on CTA?

hammydigrassi said:
Blimey David Croft is on this website!

Nice to know we have a commentator and Journalist on here

Anyone know if we have anymore Commentators or Jorno's on CTA?
Click to expand

Oh i'm intrigued now, can you name them or are we you keeping it a secret?

Valued Member
I tell your their names if I can post you email address here? So, basically, no

Valued Member
Sorry hammy but we don't disclose other members informations on public threads, they would have to make themselves known first, we keep their privacy top secret, think of secret identities and such like