Like many others, I found the late tire stop by Sainz to be rather curious. It seemed that by calling him in, Ferrari was perhaps giving up what at that time seemed a sure 3rd place and placed Sainz in a situation where (barring any troubles for the top 4) the best he could hope for was a 5th place finish. Binotto’s post race explanation was that the stop was necessary because Sainz’ tires would have lost their effectiveness over the closing laps—either by losing so much performance that he would have been repassed by Checo and GR or otherwise not be able to cover his 5 sec. penalty, or perhaps by a tire failing. They thus reasoned that since Sainz would fall back to 5th place anyway, by stopping they would at least eliminate the potential for a costly tire failure (or perhaps benefit from a late safety car). Sainz apparently felt that the tires were OK for the duration and that he could finish in 3rd. We’ll never know who was right so I guess I’ll have to give Binotto the benefit of the doubt (especially recalling the occasions last season when, while running a long stint, the tires felt OK to the driver but then, without warning, a tire failed—though, of course, this year’s tires are different).

Allowing for the uncertainty, my main criticism of Ferrari is as follows. If they were certain that the tires wouldn’t make it competitively to the end and thus knew that they had to make one more stop, then they should have pitted Sainz earlier, allowing him sufficient laps to capitalize on their car’s superior pace and probably nab 3rd place.

Has anyone heard anything from Pirelli about whether or not they agree with Ferrari’s tire assessment?

Staff Member
It took the fastest lap point away from Verstappen.
W

Brogan said:
It took the fastest lap point away from Verstappen.
Click to expand

It certainly did, though I think had Ferrari pitted Sainz 5 or 6 laps earlier he still would have taken fastest lap and might have captured that final podium spot also.

I don't think Sainz would have gained 5 seconds to gap Perez and Russell..whether intentional or not they took away fastest lap from Verstappen

it was a very strange one it would be very Ferrari to throw away 15pts to get the fastest lap & 4 pt bigger gap to red bull verstappen said post race that the elongated pitlane did mean more babysitting of the tyres. but alot of ferraris ideas didnt make sense, why was he on the mediums & not the hards. why did he pit so close to the end

so he was needed to make a 2nd stp because most drivers were struggling to make stretch them to the end in the heat. & it was tyre life issue, but typical ferrari way to tell to pit as he was overtaking Perez you wonder if ferrari pitwall were watching the race

i know he has to toe the line. but ferrari only get brought up more because theyve made self destruction into an art form these last 5 years at least 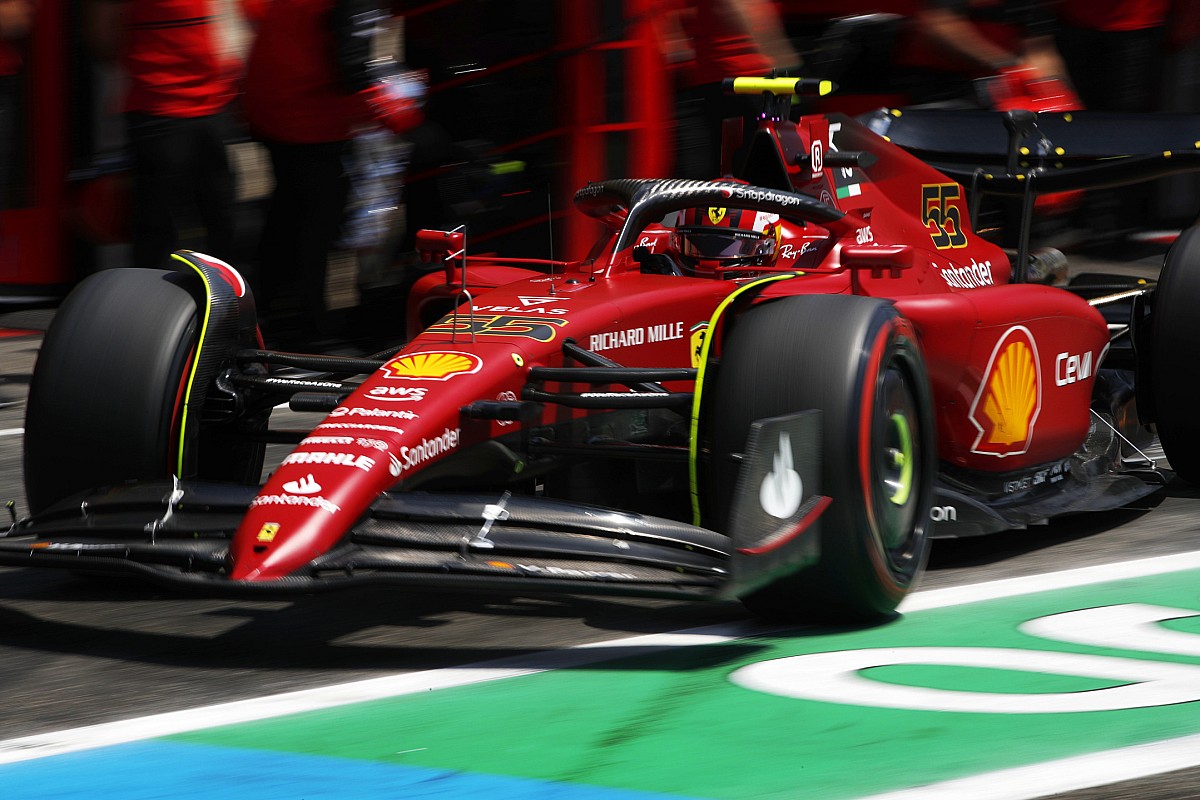