Staff Member
Premium Contributor
There has long been an exchange of drivers back and forth across the pond between Formula 1 and the Indy racing series. As we know, for a while in the 50's the Indy 500 was classified as a part of the Formula 1 world championship which has given stat compilers a headache ever since.

In terms of car building however, by the mid 80's if you wanted to start yourself an Indy car team you had only two real options, a Lola or a March chassis equipped with a Cosworth built varient of the DFV or a Buick engine. It was into this arena that two of F1's biggest teams threw their hats but for various reasons the projects were pulled leaving a couple of curious "what ifs" in their wake. 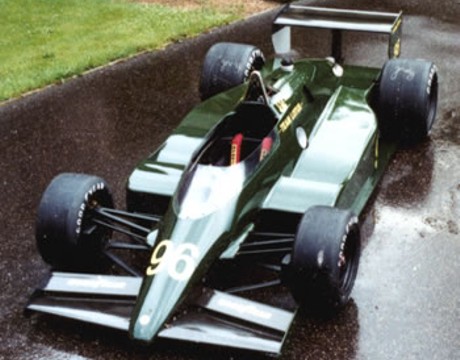 Gerard Ducarouge designed the Lotus 96T based on the chassis of the current 1984 Lotus 95T. Lotus had been approached by Ron Winkelmann who had managed Jochen Rindt's formula 2 campaign in the 60s before relocating to America. Winkelmann was convinced that a works team entering the Indy Car series would have a great chance of taking the title. There are numerous reasons that have been put forward in the following years as to why the plug was pulled on the project including the percieved fear of the Indy establishment to the arrival of a full works team (especially as Lotus still had a reputation as being the British team with the little car that took the title away from the Americans for the first time, in the 60's). Other reasons have included the series organisors worry over the safety of the all Carbon / Kevlar chassis. In the end though, the main reason why the project stalled is that Ron Winkelmann simply could not raise enough money from US backers to support a foreign team and there was little interest from British companies in supporting an Indy Car effort. So through lack of funding the project didn't get off the ground. The legacy that the car left behind for Lotus however was the use of an aluminium foil honeycomb between the Carbon / Kevlar layers to give added strength to the chassis in place of the Nomex paper foil. The aluminium foil was as light as the Nomex paper foil but added a large increase in the stiffness and strength of the chassis and would be a feature on nearly all subsequent Lotus cars. 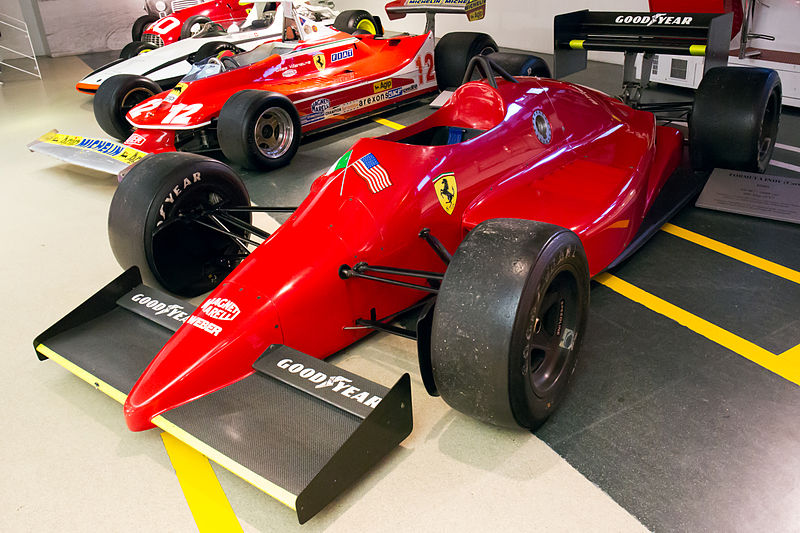 A couple of years after Lotus, in one of the last of Enzo Ferrari's decisions before he passed away, Ferrari constructed a fully developed Indy Car typed the 637. Bobby Rahal who had been using a March chassis approached Ferrari with a view to running a team with Ferrari built cars. Rahal's March chassis was shipped over to Italy for testing by Rahal and Michele Alboreto and Ferrari subsequently dismantled the car to find out exactly how the design worked. From this session, Gustav Brunner then designed the Ferrari 637 which Alboreto again tested at the Fiorano test track. There are no clear reasons as to why this project stalled but the most widely held one is that John Barnard on arriving at his new job as technical director made the decision to cancel the project so that the team would not divert resources between two racing series. It is also believed that Enzo Ferrari used the project to threaten that the team would quit F1 at a time when the Scudaria were suffering from a lack of funds. In the end, Ferrari extracted a promise from FISA, not to ban V12 engines (at the time of the transition from turbo's to normally aspirated cars, it was understood that the V8 engine would be set as standard) and presumably some additional funding for the team in return for Ferrari remaining in F1. The car itself was handed over to Alfa Romeo who at the time were considering their own Indy project. While the car was never used competitively, Alfa did use it to run their own engine that subsequently ran in the Indy series in the back of the March chassis.

Both of these projects were perhaps the last serious attempts by F1 manufacturers to run duel projects in different series and I wonder how they would have done had they actually ran? Its a shame that in today's F1 there is even less chance of cross motorsport involvement by F1 teams.

Supporter
This was the "heyday" of CART and there were some great drivers in that series throughout the 80's - early 90's. I suppose the success of these projects would have been dependent on who they got to pilot the machines. A Rahal-Alboreto pairing would have formidable. Did it ever get to the stage where Lotus were lining up drivers?

Contributor
Is Ron Winkelmann the bastard child of Richie Cunningham and The Fonz?
Didn't know about the Ferrari Indy Barnard politics, great thread.

Staff Member
Premium Contributor
KekeTheKing, as far as I know, there were no drivers allocated to the project. I'm not sure if the car even had its day on the test track or if the project hit the skids by the time the car was completed but never officially ran.

I'm sure for most British motorsport fans, the Indy series was given a huge boost by Mansall joining it for the 1993 series. I know I started watching it then, not because I was a huge Mansall fan but it seemed interesting and different to F1. I knew who Emmo and Mario etc were and it was a case of watching them. One of the best races I have ever seen was Mark Blundell's come back to win at Portland in 97 for Pac West.

I know the split to CART and IRL did as much damage to overseas viewing as it did to domestic support because suddenly Eurosport lost the rights to show the Indy 500 which stayed with IRL and ended up on Sky.

I remember watching the champ cars on the then fairly new terrestrial Channel 5. They used to broadcast a lot of the races unedited very late at night or in the early hours so a bit of a pain to catch. It was worth it though. The cars looked quite like 1980's F1 cars, with their turbos and ground effect, and the races had a 1980's atmosphere. The road circuits in particular, like Road America (Elkhart Lake), Mid-Ohio, Laguna Seca, etc. were way behind the European circuits in many ways but that gave them so much character. No huge gravel traps (well apart from all the sand at Laguna) and not even a lot of tyres up against the armco's.

Personally, I think it was the wrong series that survived the split.

One of the best looking race cars ever built: 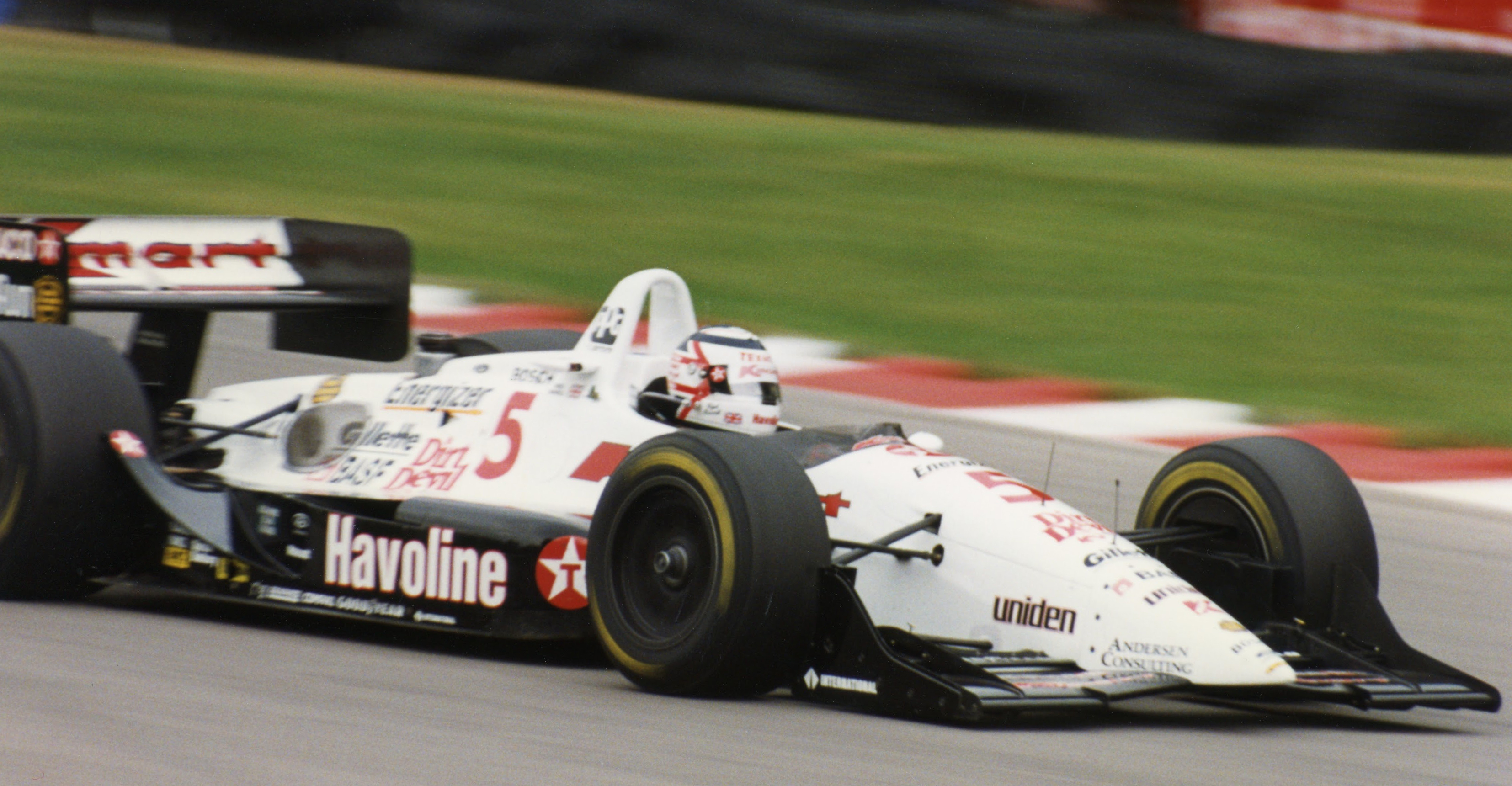 Edit: Shows how out of touch I am with motorsport over the water. Champ Cars World Series seems to still exist. Either that or it got relaunched whilst I wasn't looking. They're in Montreal at the end of the month. I'll have to find a feed on the net!

Contributor
I used to watch ChampCar on Eurosport on Sunday evenings in the early noughties, so I could boo that monolithic cretin Paul Tracy and cheer on Justin Wilson. The interminable full-course cautions could get frustrating, and the scrolling running order graphic was rubbish, but I used to love it. Aah - those were the days! I could spend an entire Sunday watching F1, ETCC and ChampCar, not mention MotoGp and WSBK on the other weekends. Martin Haven and Carlton Kirby became my voices of the summer, and it was probably back then that my love of Alfas began, watching the 156s regularly thrashing the BMWs in ETCC (before the dreary non-event that WTCC became). Sadly the missus would have conniptions if I tried to do that now - probably just as well there isn't as much motorsport broadcast on Eurosport these days...

Fenderman said:
Edit: Shows how out of touch I am with motorsport over the water. Champ Cars World Series seems to still exist. Either that or it got relaunched whilst I wasn't looking. They're in Montreal at the end of the month.
Click to expand


I'm assuming you stumbled onto http://champcar-ws.com/home. Incredibly, that whole thing is completely fictitious. The guy that runs the site (and the entire series in his head) currently lies 2nd in the standings with 84 points behind Ricardo Zonta with 87. His wife lies 6th on 50 points. Greg Mansell is 16th on 0 points

Here's another of his websites,

You're greeted with a nice "report" about his remarkable win at last Sunday's "race" in Zolder.

Staff Member
Premium Contributor
Is it just me or is that guy not playing with a full deck ???

Note to self: Stop surfing the web after midnight when I should be

Contributor
Which game does he he play?