His time is up fifty odd years later than it was forecast.

Contributor
Stephen Hawking has died at the age of 76, he was diagnosed with a rare form of motor neurone disease when he was 22 years old. Considering how much he put into our knowledge of time it was rather apt that he shpuld have stretched it out for so long.

Contributor
One of the truly great intellects of our time (and, quite possibly, of all time). An exceptional and inspirational human being. He will be greatly missed.

Weirdly this was the 1st thing i heard as i woke up to the 7am news on radio x & dom off chris moyles show. Woke up to "stephen hawking has died" i thought then things can only get better today. But on topic nothing i can say can do justice to Stephen Hawking. Because what a man, the advances & understanding in science that he progressed was amazing. Inspiration to millions, then great sense of humour being on many tv shows like Simpsons & Big Bang Theory. I just think what a privilege it was to be alive at same time as him like living in time of einstein & newton 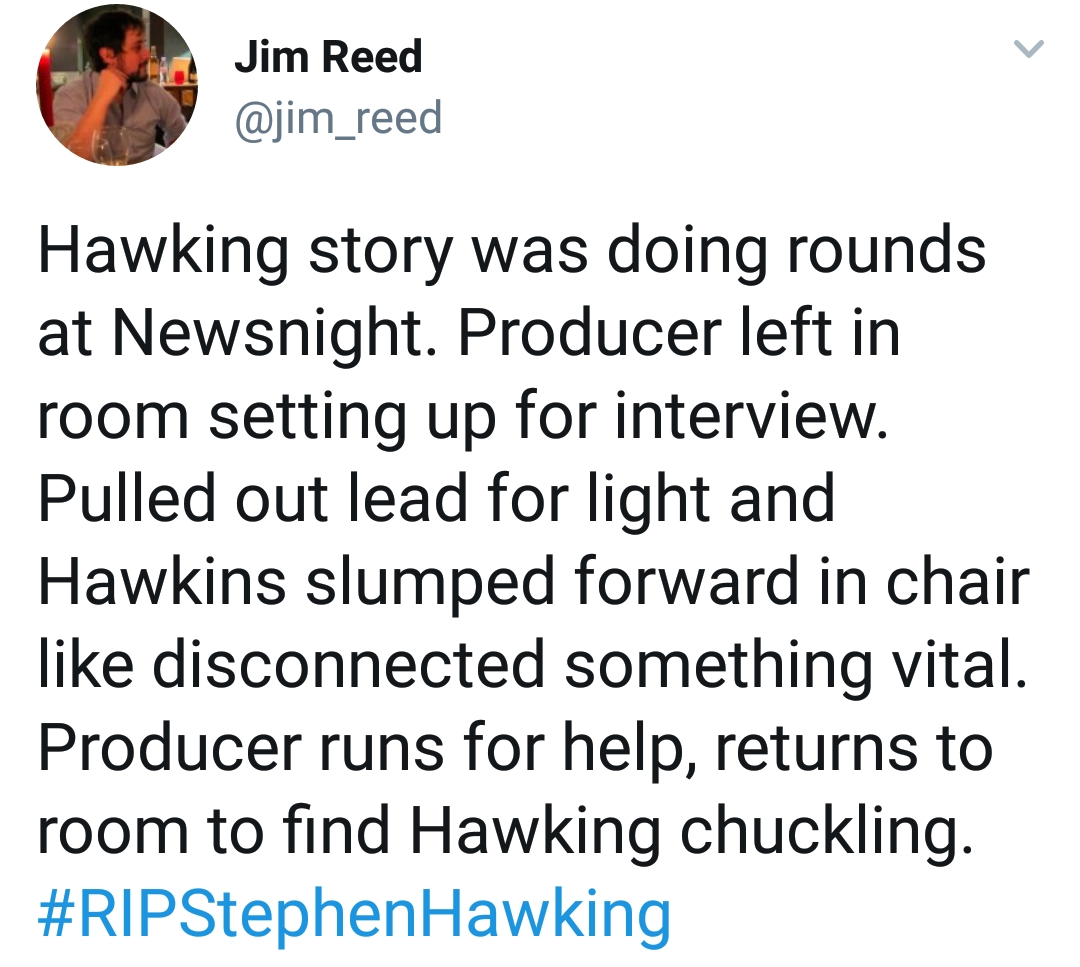 Contributor
There are many several Stephen Hawking memes doing the rounds today.
I think he'd laugh as heartily as everybody else at them.
As I don't want to offend anybody who disagrees I shant post any except to say that the rebooting one is particularly funny.

Staff Member
Premium Contributor
I had barely had time to absorb the loss of Stephen Hawking when I found out Jim Bowen had shuffled off as well.

March has not been going well.

Contributor
Was that an attempt at bathos, cider_and_toast ?

Contributor
My favourite bit of Jim Bowen on Bullseye:

Bill Boddy said:
Was that an attempt at bathos, cider_and_toast ?

Having just read the definition then quite possibly, yes.

gethinceri for me hawking more self deprecating than anyone & wouldve found most funny. Actually i remember Adam hills during Paralympics saying that they say thing far more "offensive" in jest that we ever do

He said this himself 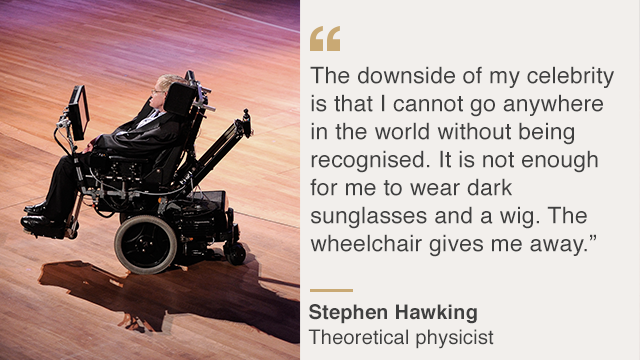 Contributor
One thing Hawking said that I agree with 100%, but a lot of scientists disagree with, was that we should NOT actively try to communicate with any alien race we might detect, as there is no reason to assume that, were they to come here, their intent would be benign.

I suggest those scientists watch a "Twilight Zone" episode called "To serve man". They might change their minds.

BTW, any of you that haven't seen it should make a point of doing so!!!

Contributor
As well as a lot of scientists who disagree, there are a good many who agree.

siffert_fan said:
One thing Hawking said that I agree with 100%, but a lot of scientists disagree with, was that we should NOT actively try to communicate with any alien race we might detect, as there is no reason to assume that, were they to come here, their intent would be benign.
Click to expand

Well, if they’re like us they’ll be benign at first and then we’ll find ourselves living in reservations...

Contributor
Physicist Stephen Hawking to be buried near Isaac Newton

Contributor
Not in a black hole then.