All I've done is called 5 the middle and you can vote a race way above average or way below average.

im happy to do this instead of the pole because i never know what to say in the poll. because i dont want to sway people so try to be neutral

Contributor
Good thing: a tense race which could have gone either way, a bad thing: the Honda engine will not get better over the season, the Mercedes engine will.

- I actually watched it. I didn't start watching it and switch off like was happening last year. Maybe it will draw me back in.

- Quote from Martin Brundle "The new safety car is a Merc powered Aston Martin and has a sponsor on it. So I fully expect to see more real safety cars than virtual this year" - it may have been sarcasm but he is right.

Bad
I finished off watching it yesterday on catch up and did not realise how drivers were going off at turn 4 and using all 4 wheels rallying that corner the messages got changed from you can use it / you can't use it which ultimately cost Verstappen the win... the inconsistency around it was not great

... I think they should make that corner wider for next year's race because its clear some drivers had all 4 wheels off line on the exit

- Caught out by Mazepin's spin in Q1 and then got a penalty for ignoring flags ..followed by the crash into Ocon and blamed him for changing lines

A rookie would like an absolute novice but this was not Stroll Snr was expecting this having signed him and endorsed
Last edited: 2 April 2021

The race director can at his discretion allow drivers to go outside the track limits but the sporting regulations relating to overtaking whilst off the circuit still apply.

The race director can at his discretion allow drivers to go outside the track limits but the sporting regulations relating to overtaking whilst off the circuit still apply.
Click to expand

Staff Member
Premium Contributor
The penalty for going wide should be measured by the effect on the car. It shouldn't need discretion or video reviews and the like.

Back when, track limits were defined by high kerbs, strips of grass, huge pits of gravel or the occasional wall, drivers respected the limits or faced problems.

It was made even worse in Bahrain by the slightly confusing application of the stewards discretion. I fully agree with Brogan that overtaking outside of the track limits is always going to be rightly penalised. For the rest of the race, at one point Verstappen queried about cars running wide in turn 4 and was told that no one was being told not to and to carry on doing it unless told otherwise. So, when even the drivers are unsure what interpretation to apply and when, it suggests an issue.

There must be some sort of ultra low grip surface that can be used for a a few feet around the edge of these more modern tracks that have huge areas of run off which would be safe to have but prevent this track limits issue being a problem.

Premium Contributor
Some sort of virtual onlookers all standing at the edge of the track would do it.

it is weird one is on track limits are sorted in the race because if your, on your own like hamilton then it seemly has a blind eye turned to. but your only deemed to gained a lasting advantage when overtaking

Contributor
Sensors on the track limits linked to the DRS activation button.
Either it stops you using DRS for the next available activation or (my preferred option) automatically triggers DRS so the driver loses downforce. Yes, I know.

Or a wall. Cheap, effective. Works in Monaco and Montreal.

Contributor
Sensors all round the track limits that sense when all 4 wheels go over. 3 strikes and a stop go penalty.

That would be my solution.

sounds good. because as we know from that race in austria when the kerbs at turn 8 were thought to be breaking the suspension on the cars. they managed to change their line very quickly 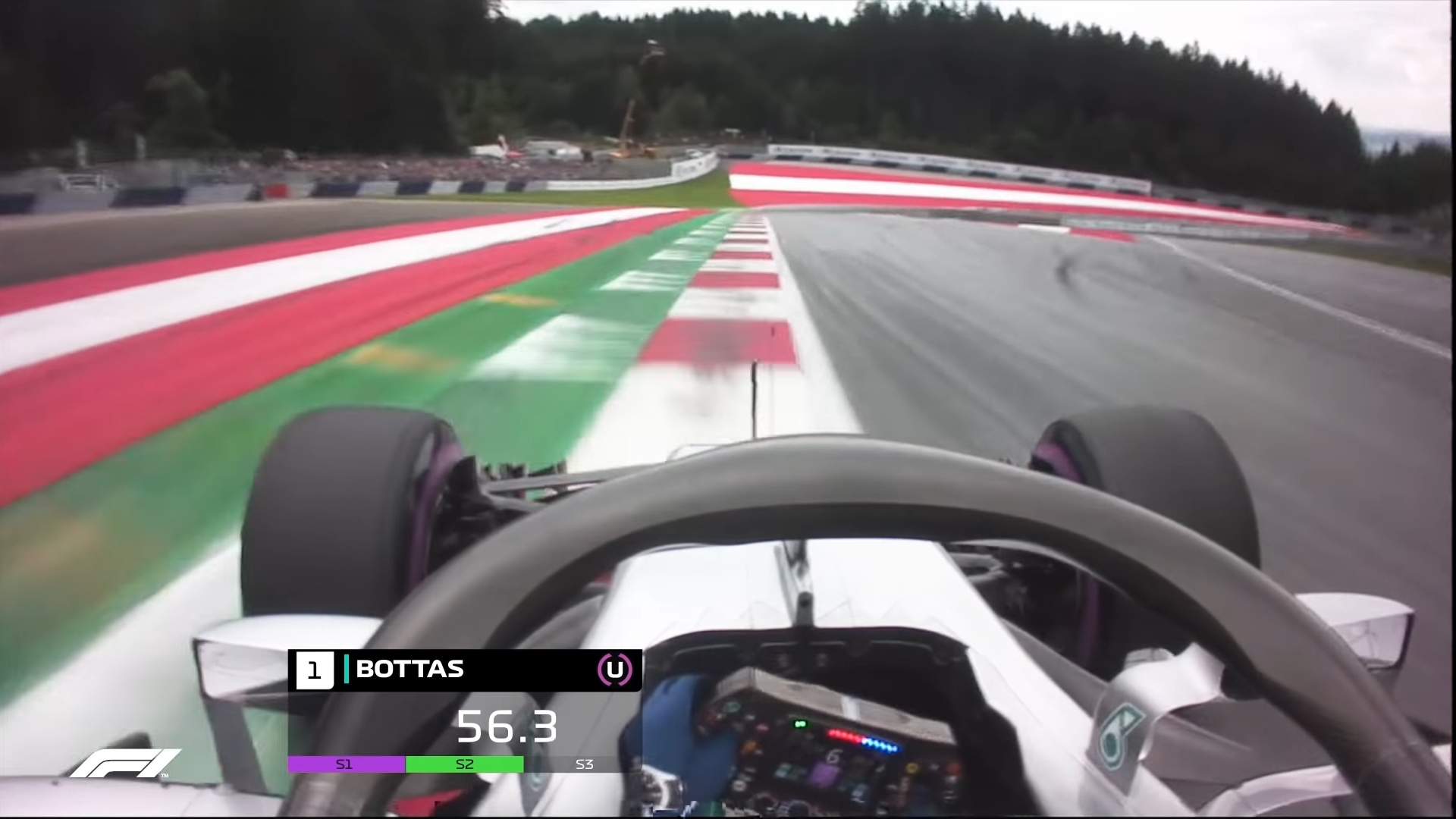