Who is George Russell asked Titch - well he's is 21 year old from Norfolk who the latest Brit on the F1 grid. For once I can actually say I've watched this kid all the way up the ladder.

I first saw Russell in BRDC F4 (thank you ITV4) and he stood out then because in a field full of kids putting everything on the line for a win he was the only one who had the brain to think about the championship race and realise getting a decent haul of points was sometimes more important than chucking it in do or die style for the win. Low and behold he won the title. I next see him in European F3 in a field containing Felix Rosenqvist, Antonio Giovanazzi and Charles LeClerc. He was mostly midfield that year but spent a lot of time wheel banging with LeClerc. Word in the paddock is the two really don't like each other much. Shortly after that he got the ART seat in GP3 and pretty much walked his way to the title.

Which brings us to last year in F2. I'll be honest as much as I rated Russell I thought he was going to be crushed by Lando Norris - he wasn't. Once again he used his tactical brain to consistently get results and dominate the championship. It was very impressive considering the strength of the field. So Russell comes into F1 with back to back titles in GP3 and F2. The only other person to do that is his mate Charles LeClerc. So Russell is a very deserved addition to the grid.

With all the good stuff out the way it's time to focus on the bad news for Russell. As much as he is probably ecstatic to be in F1 his head is probably dropping at the fact that the team he has signed for have some serious problems. Williams have already missed two days of testing and the car is rumoured to be even slower than last years. So it could be a season of being at the back for George which is all good as long as he beats his team mate right? Well unfortunately this is not a good situation for Russell either as his team mate is Robert Kubica. If Russell beats him it'll be put down to the fact that Bobby is not the same driver after his injuries. If he gets beat by him people will ask why he couldn't beat a veteran who suffered almost career ending injuries. It really is a no win situation.

Russell's saving factor might be the fact he is a Merc junior driver. He has to hope that he has a good enough season to make people forget Ocon is on the sidelines. That paired with Bottas having an awful year could see Mercedes decide to take a chance on him in the A team. Personally I don't think Mercedes would ever run two Brits in their car so it might be the best he can hope for is a Racing Point seat becoming open.

im not surprised because bottas attitude this season has made it look he knows his fate & is almost spiting the team. he knew like we all knew watching the changing of the guard with that sakhir pass. his time was limited. by no means is bottas a bad driver & he up against 1 of the top 3 drivers of last 40yrs. on his day he is as good as anyone but that doesnt come enough, he has had 5 years now & they have to promote him. because its use him or lose him. as red bull wouldve had him otherwise

& what has annoyed me over the years is. the gap between what level bottas thinks he is at & what level he is at. he talks & expects treatment as if he is a triple world champion but he is a driver with less wins than verstappen in superior machinery

Contributor
I wonder if he is going to have his tax affairs scrutinised as much as Britain’s 7 time Champion. 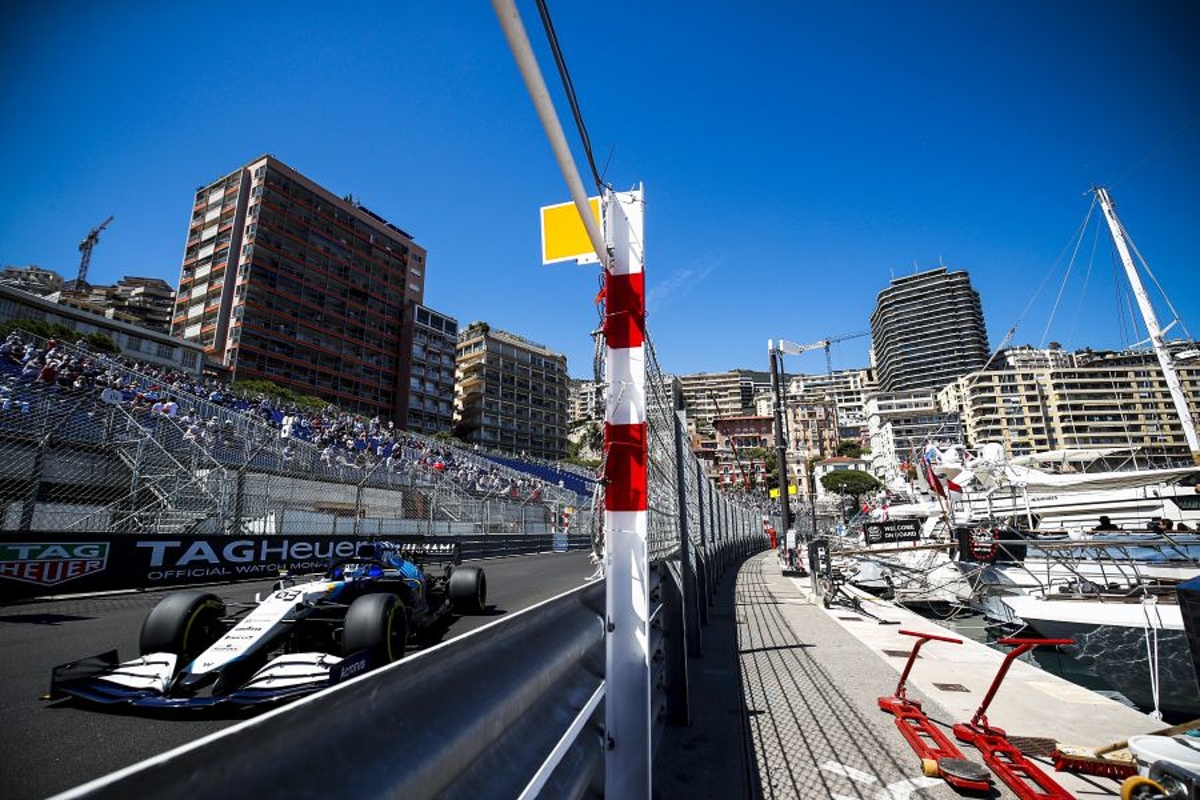 Russell will relocate to the Principality - but not yet

Staff Member
Valued Member
While Hamilton often comes in for undue criticism and harsh media coverage,if memory serves, before he moved abroad he'd made a massive deal about being British and saying he wasn't going to move overseas.

but we all know why russell wont be scrutinised but Hamilton would. as its the new years honours all over again. with the double standards of Jackie Stewart & Lewis Hamilton rearing its head

cider_and_toast said:
While Hamilton often comes in for undue criticism and harsh media coverage,if memory serves, before he moved abroad he'd made a massive deal about being British and saying he wasn't going to move overseas.
Click to expand

Correction, it was Switzerland that Hamilton first moved to claiming in 2007 that it was due to increased media scrutiny not for tax reasons.

And it was a tax move as Hamilton Snr later admitted:

Lewis not to blame for Swiss switch.

Dad accepts responsibility for what he terms his son's 'only PR blunder' of 2007.

cider_and_toast said:
Correction, it was Switzerland that Hamilton first moved to claiming in 2007 that it was due to increased media scrutiny not for tax reasons.

And it was a tax move as Hamilton Snr later admitted:

Lewis not to blame for Swiss switch.

Dad accepts responsibility for what he terms his son's 'only PR blunder' of 2007.

but why is Hamilton get the stick for something that is commonplace in motorsport. im trying to think of British F1 driver who won or challenged for the world title that hasnt moved from England at some point & im struggling

Did Nigel Mansell ever move from England?

The move to the USA doesn't count because he went to race Indy.

Andyoak said:
Did Nigel Mansell ever move from England?
Click to expand 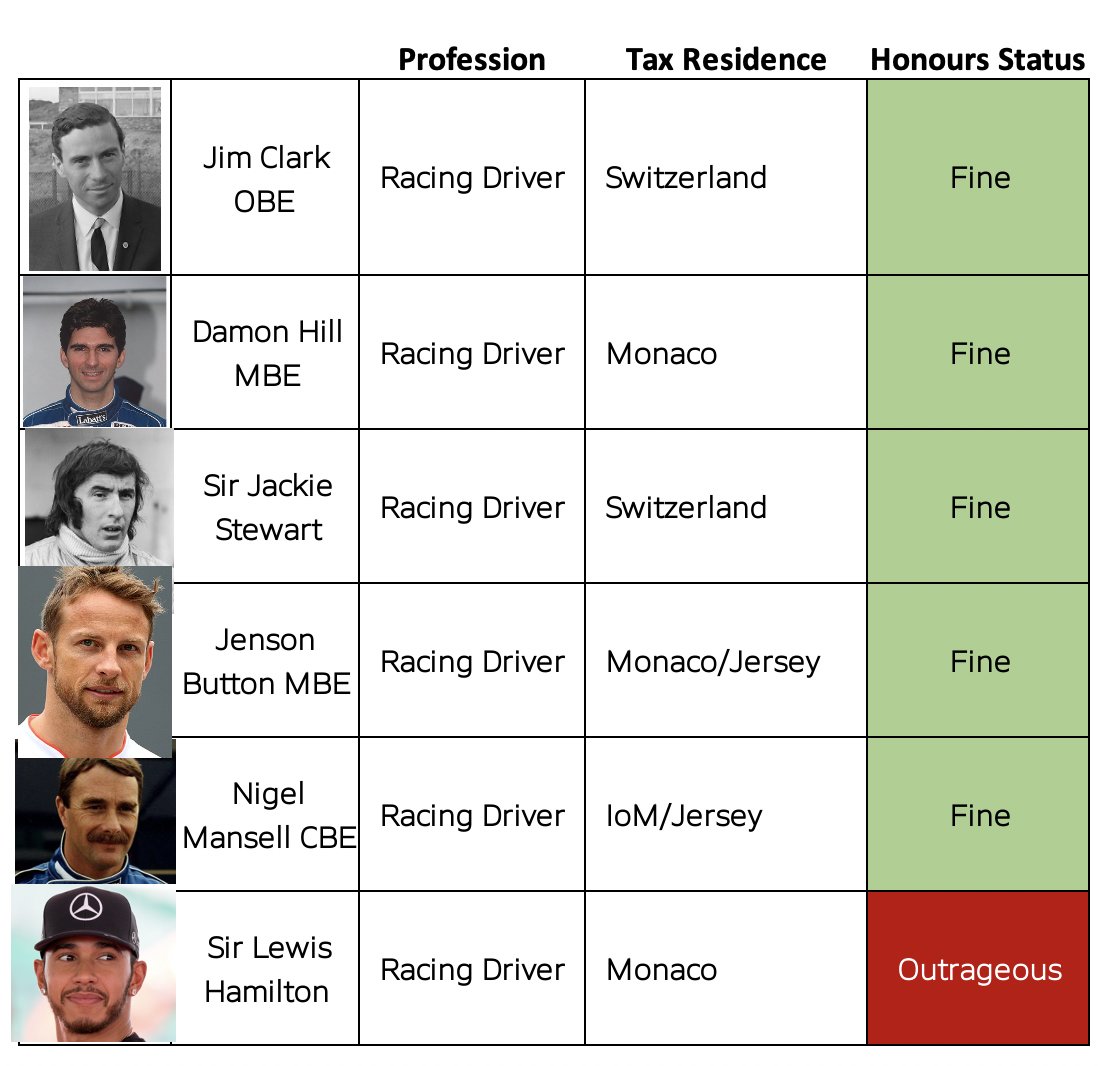 Staff Member
Valued Member
As I said, I seem to remember, the outrage was less to do with moving to avoid tax but the fact he made these claims about press intrusion and not being able to love with the media scrutiny.

He'd only been in F1 For 5 minutes and the vast majority of the stories about him were really positive.

All of the drivers you show in that list made no secret of the fact they were living where they were for tax reasons. I certainly don't recall drivers like Hill and Button holding press conferences to explain why they were moving.

Hamilton was already living out of a rented apartment in Monaco before he moved to Switzerland and no one said anything about that.

George Russell will have his own problems to face when racing alongside one of F1's greatest ever drivers.

Graham Hill lived and died in the UK , and broke, family lost everything, seems there's moral there

Keep your pilots licence up to date?

As I understood it his instrument rating was out of date, not his licence, the QNH setting for the local airfield was in error and indicated he was higher, hence he hit the trees. However he still never went into tax exile.

F1Brits_90 said:
i broke this story on april fools day & you all laughed

No, you made that up.
You imagined the laughter.

gethinceri said:
No, you made that up.
You imagined the laughter.
Click to expand

you imagined i was being serious with my post

Contributor
I cared not a jot.

gethinceri said:
I cared not a jot.
Click to expand

you make a terrible job of showing it, toto wolff seems less bothered about red bull wings in comparison

as much as its nice that the 1 trick pony has found a different thread. i dont know what your problem is with me lately, but its stops here

Contributor
What is a jot ? 🤔

as much as its nice that the 1 trick pony has found a different thread. i dont know what your problem is with me lately, but its stops here
Click to expand

I’m sure I’m being thick, but who or what is the ”1 trick pony And what thread have they found. ?
I’m feeling a bit confused !

Maldonado was a one trick pony, someone or something that is spectacular once and never heard of again