Bernie Ecclestone attempted to qualify for a single World Championship event. He was in a Connaught-Alta, one of a fleet of three entered by himself. He finished qualifying 265.2 seconds off the pace, and his two team-mates failed to qualify as well.

He is, however, the most important single person in Grand Prix history. He took charge of Motor Racing Developments in 1972, from Ron Tauranac. He was the team principal for Nelson Piquet's two drivers' titles, but he'd lost interest by the time Brabham missed the deadline to enter the 1988 World Championship.

Into the governance of the sport he went, and he modernised it, and quickly controlled Formula One. He is now the leader of a billion-dollar industry. He is a divisive figure, but he's not done badly for someone who was four minutes off the pace on a Saturday in Monaco.
Click to expand

Contributor
For all his faults, Bernie makes things happen and there is no better negotiator. I remember reading about Estoril 86 and how that iconic image of Senna, Prost, Mansell and Piquet came about when they were fighting for the championship. At the time it was almost impossible to get one driver let alone four drivers to do a shoot but Bernie made it happen.

Contributor
He did F1 a lot of good in years gone by. Unfortunately he has out-stayed his usefulness and should retire. He has also produced some hot-looking daughters, whose looks must all come from the mother's side of the gene pool.

Contributor
I think that over all he's great. Thanks Bernie, for making the sport what it is - regardless of all the bollocks that keeps us moaning and keeping our favourite sport in the news.

gethinceri said:
I think that over all he's great. Thanks Bernie, for making the sport what it is - regardless of all the ******** that keeps us moaning and keeping our favourite sport in the news.
Click to expand

That's what he does best, keep f1 in the news!

He reminds me of the old sayings "there is no such thing as bad publicity" and "I don't care what you say about me, as long as you spell my name correctly".

I think the alchemy died a little though when he and Max fell out over the notw. They were the perfect team...

Contributor
I think Bernie is much more sane nowadays with Max gone and F1 is making more money than ever I believe. More importantly sponsors have more confidence in the sport. Todt doesn't seem prepared to give him the sort of commercial carte blanche he had when Max was around but however this develops, Bernie's ticker will rest easy. Max was simply causing too much upheaval and it can't have been good for someone who's had a double bypass heart operation. Don't forget Bernie wanted to get rid before whipping boy decided to quit a year later. 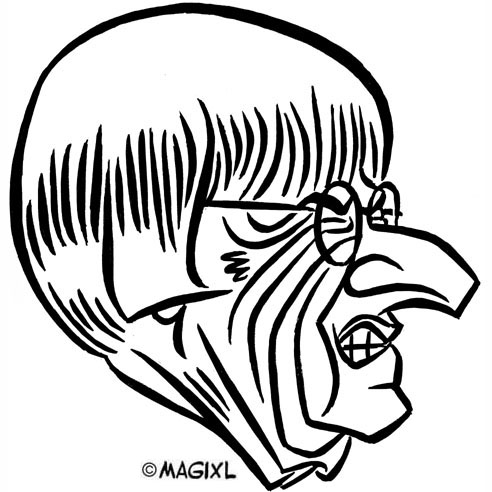 Valued Member
If nothing else Bernie rid F1 of Jean-Marie Balestre and for that he deserves every penny of his billions. Thanks Bernie

FB said:
If nothing else Bernie rid F1 of Jean-Marie Balestre and for that he deserves every penny of his billions. Thanks Bernie

No one deserves billions - not even BE.

Valued Member
No, I know Jen. And you've told me a million times not to exagerate...

FB said:
No, I know Jen. And you've told me a million times not to exagerate...
Click to expand

Have I? I don't recall that FB

If it wasn't for Max then we would have drivers dying over nothing....

Slyboogy said:
If it wasn't for Max then we would have drivers dying over nothing....
Click to expand

Contrary to popular belief Charlie Whiting and Professor Sid Watkins have been the real driving forces behind safety improvements in F1 not Max.

Supporter
Here's a classic interview with Bernie in Singapore 2009 after the Renault race-fixing scheme came to light and was subsequently dealt with by the World Motor Sport Council. At one point Jake and Eddie are literally speechless.

Valued Member
I remember this interview, you can just see the BBC saying "get Paxman out there".

teabagyokel said:
"get Paxman out there".
Click to expand

Had to google Paxman (sorry).

Interestingly, DC ducked out of this interview. They gave him a bit of grief later on after Bernie was gone and he slid back in.

Valued Member
For our international audience, ignore that comment!