Contributor
I obviously have a mediocre mind.

Modern Country that was part of Old Soviet Union

----------------
But a question do people want a new round every week until Abu Dhabi with answers Saturday night (or Sunday night if im busy) with expection of a summer break Germany > Belgium while everyone is on off on their holidays. Or would you want new set of questions Monday after every F1 race

Contributor
I'm easy either way as to the frequency of questions.

Staff Member
Premium Contributor
Frequency of questions is up to you mate. You are the one putting the time in. It's definitely a fun game though.

Staff Member
Premium Contributor
Titch you know you are supposed to try and guess the most popular answer right?

Contributor
Also Helped Shelter was not a top 40 hit for Oasis. They covered it as a B-side but not a single.

I'm just not a smarty pants.

4th round of questions. As decide few weeks ago results up on Sunday of Spanish GP

Something you'd find in a full English Breakfast

An F1 Driver who has won only 1 race

Country that has hosted a stage of Dakar 2009 onwards

F1Brits_90 said:
Thought I give RasputinLives ATL11 Titch a 24hr reminder if case they would like to take part
Click to expand...

I usually like to keep my word but you the saying. Including today been working the last 6 days & with f1, GP2, football playoffs, eurovision. Its been frantic

Staff Member
Premium Contributor
Why in the name of all that's good did I put Paris for a country? what a moron.

Its taken 4 rounds. But Titch in his 2nd try has become our 1st outright winner of the game to take the full 10pts. Although im sure the 3 that didnt make the podium would rather say they finished joint 4th haha

Premium Contributor
Brilliant (but it's her,I'm a she) 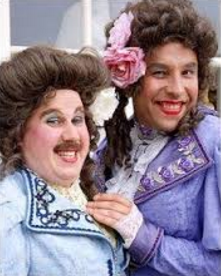 Titch said:
Brilliant (but it's her,I'm a she)
Click to expand...

5th round of questions. I will try my upmost get the results up on Sunday of Monaco GP. But I worry that with the finale of giro d'italia, play off finals, Radio 1 big weekend & Monaco GP. It might be another Monday/Tuesday

Driver that has won the Monaco GP 3+ times

A Property on the Monopoly Board

Team principal of the last Decade