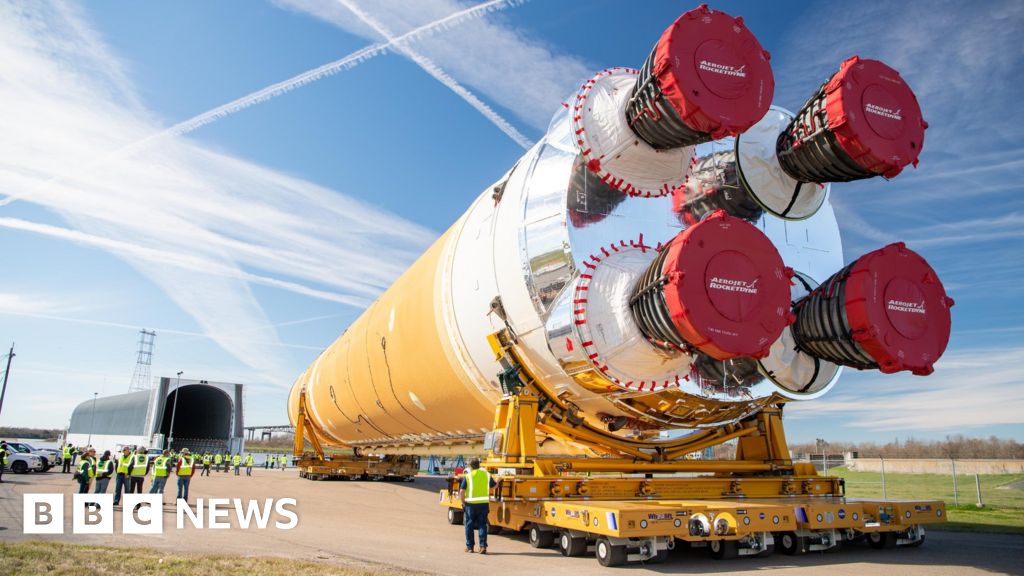 The first core stage for Nasa's "mega-rocket", the SLS, has left its factory in New Orleans.
www.bbc.co.uk

NASA will say its the brand new moon rocket leaving the development facility on it's way to the testing range.

Staff Member
Got to love the juxtaposition of a space craft travelling on a barge at a sedate speed along a river.

We've got a long way to go before we get to this stage ...

Moon Project will not get off the ground