Valued Member
Following the latest defence review the government has decided to consign to the dustbin of RAF history one of the greatest inventions British engineers came up with, the Harrier jump jet. I could bore you for hours about this phenomenal aircraft but, instead, I'll let James May do it.


Somehow I can't imagine other Air Forces around the world will stop flying Harriers, just the country that invented it

FB said:
one of the greatest inventions British engineers came up with
Click to expand

Except for the fact that the guy who thought of the idea was French.

British Engineering made it possible though.

I'm hoping the joint strike fighter that the Americans have designed to replace the Harrier is upto the job.

Valued Member
I thought this was where the Harrier came from... 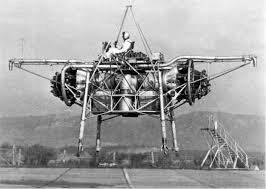 In 1956, a French aircraft designer named Michel Wibault, well-known for his pre-WW II designs, proposed a VTOL aircraft named the "Gyroptere". He was interested in building a combat aircraft that would be able to operate independently of airfields, which were clearly vulnerable to immediate destruction by Soviet nuclear strikes on the event of a general European war.

The Gyroptere was to be fitted with a British Bristol "BE.25 Orion" turboshaft engine, with 8,000 horsepower, fitted the rear fuselage to drive four blower units, two on each side of the aircraft and arranged around the center of gravity. Each blower would be in a moveable snail-shaped casing that could be rotated to provide vertical or horizontal thrust.

Wibault tried to promote the Gyroptere with both the French and American air forces and got nowhere. Finally, he approached the Paris-based "Mutual Weapons Development Program (MWDP)", an American-funded NATO office that promoted technologies useful for European defense. The MWDP's chief, US Air Force Colonel John Driscoll, found the concept interesting, and passed it back to the NATO "Advisory Group For Aeronautical Research & Development (AGARD)" for comment.

AGARD's chairman was Theodore von Karman of the California Institute of Technology, and one of the most prestigious figures in aerospace. Von Karman was very intrigued by the idea. Encouraged, Colonel Driscoll then passed the concept on to Bristol Aero Engines back in the UK.

Bristol's technical director, Sir Stanley Hooker, found Wibault's lash-up clumsy and inefficient, but he liked the basic idea of using a single engine for both vertical lift and forward flight. Other VTOL experiments at the time had separate sets of engines for the two purposes. Hooker assigned a small research team consisting of Gordon Lewis, Pierre Young, and Neville Quinn to investigate the idea.

The research team quickly concluded that Wibault's idea could be greatly improved by using the using the airflow of the engine itself, directed through swivelling exhausts, instead of a set of external blowers.
Click to expand