Contributor
The biggest rover to ever attempt a landing on Mars is due to touch down on the 6th of August at 6.31am. The Rover which is the size of a large car is nuclear powered has a powerful laser to vaporise rocks as well as an onboard chemistry lab specifically designed to search for life.

With two thirds of Mars missions failing, everyone at Nasa will be keeping everything crossed for next Monday morning.

Horizon did a program yesterday about the rover. You can catch it on i player for a short time.
http://www.bbc.co.uk/iplayer/episode/b01llnb2/Horizon_20122013_Mission_to_Mars/

The landing involves an extraordinary sequence to take the speed from 3.6 miles per second, thats 13,000 miles per hour down to zero using an atmospheric heat shield burn, followed by a parachute deployed at super sonic speeds, then rockets fire to slow the rover further, before the amazing rocket powered hovering crane lowers the rover on a cable winch to the surface.

I will be tuning it to Nasa TV for this one.
http://www.nasa.gov/multimedia/nasatv/index.html 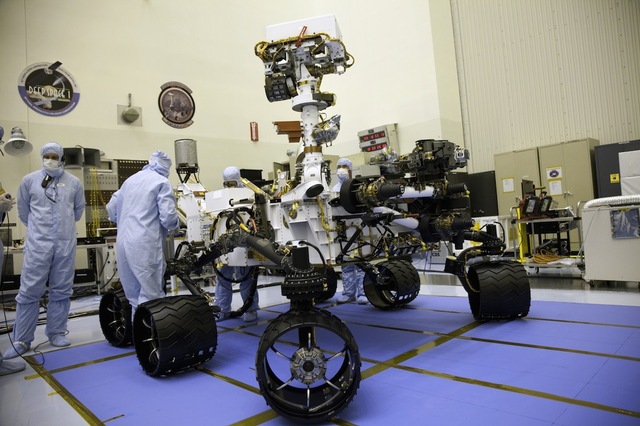 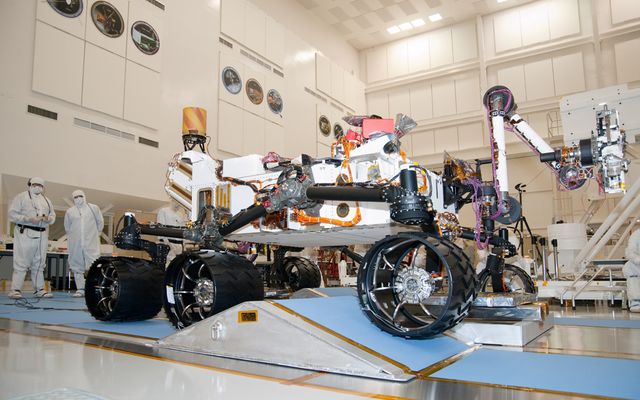 Contributor
Its all smiles at Nasa. The first shots from the rover on the ground.
http://www.nasa.gov/multimedia/nasatv/index.html 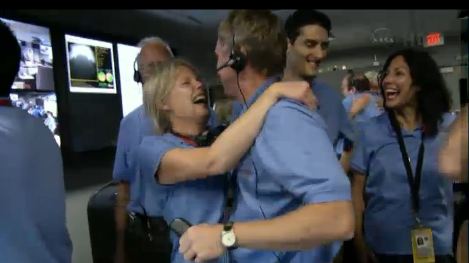 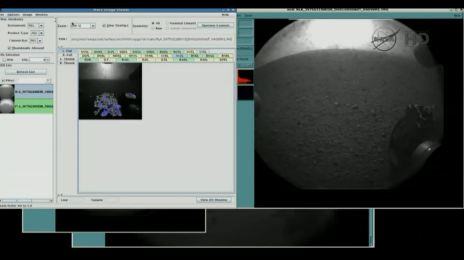 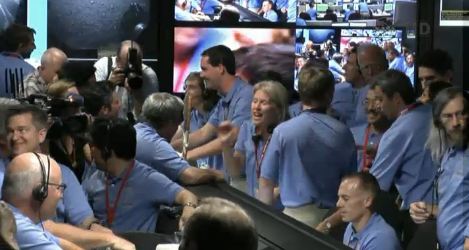 Staff Member
Here's an image taken by a satellite of the rover parachuting down to the surface.

Contributor
EXTREMELY relieved that the landing came off without a hitch, as it was a real nail-biter (by the time we started receiving descent telemetry, the rover was already on the surface).

NASA doesn't know it yet (and won't until Dec.), but this is the last program that I will be working on. Voyager was my first and I have been involved in virtually all interplanetary missions since then including some glorious failures like Mars Observer., as well as great successes such as the first Hubble rescue mission. It is time to retire, and it is always nice to do so on a successful note.

Best of luck to Curiosity and all those missions to come.
Thanks for a great ride, NASA.

Contributor
It really is an astonishing achievement. Sending an automated machine over 350 MILLION miles to land on a patch of a planet just 96 miles across - without a single hitch. Wow.

siffert_fan said:
NASA doesn't know it yet (and won't until Dec.), but this is the last program that I will be working on.
Click to expand

Wow! Had no idea you worked for NASA.
That must have been a great working career.

Which area did you specialise in?

siffert_fan said:
NASA doesn't know it yet (and won't until Dec.), but this is the last program that I will be working on.
Click to expand


Crikey! There's some stories to tell the grandkids (if you have any)!

Contributor
Will there be any video and audio footage of the landing and subsequent exploration? That would be so good.

Brogan said:
Wow! Had no idea you worked for NASA.
That must have been a great working career.

Which area did you specialise in?
Click to expand


Over the decades I have worn many hats. I have designed sensors and various mechanical devices, been a Quality Engineer, a team leader and several more. My latest, and final assignment has been in spacecraft integration which is far more complicated than I ever anticipated.

Fortunately, I have been blessed with working with many of the finest scientific and engineering minds on the planet, which has really been a great privilege... I'll miss it, but I am wearing out, so it is time to relax and enjoy life.

Contributor
Some of the first images from the Rover. 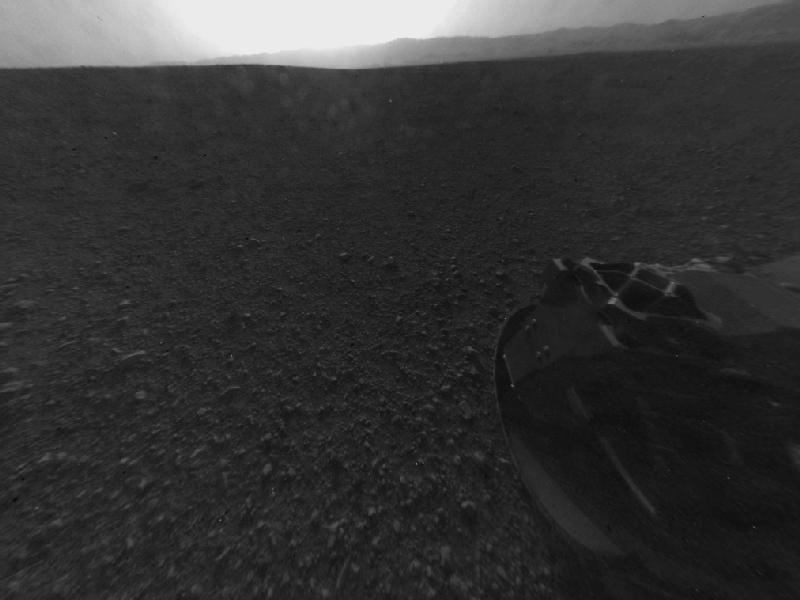 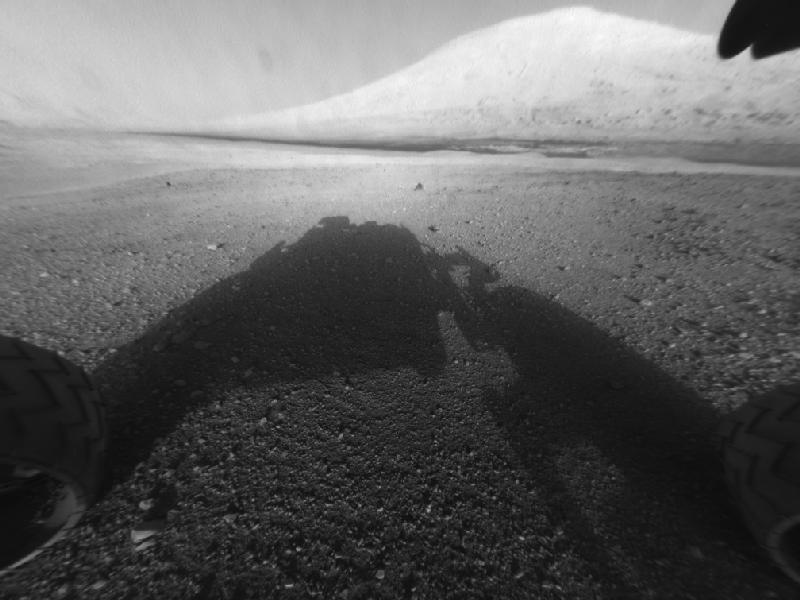 Coloured image looking toward the rim of Gale Crater. 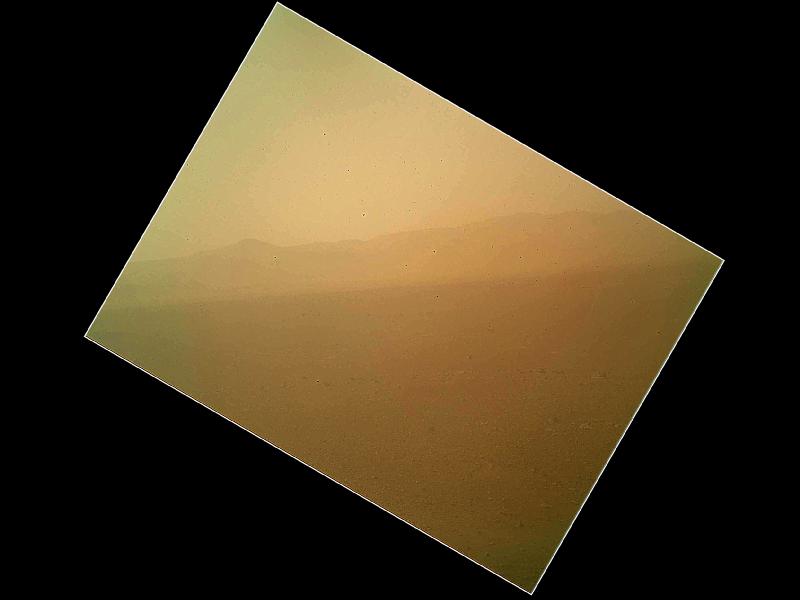 Contributor
Is it named after Pat Sharp?

Contributor
Indeed so, it seems a fascinating place for exploration based on the supposition that it can show a lot of history due to its being an impact crater, one wonders why it's only now that NASA have decided to land here,maybe the tech is only just available and previous missions have been building the equipment and skills necessary to execute the planned tasks. Mind you, that is what space exploration is all about isn't it?
Or maybe they were waiting for James Cameron to finish Prometheus so they could use the sound stage and special effects crews.

Contributor
We were talking about this rover mars mission in our office this morning. One of the associates said, and I quote 'Is it a manned mission'.

think that may of been rather a bigger news story.

Valued Member
Greenlantern101 I hope everyone said yes it was?

Staff Member
Premium Contributor
Can I say siffert_fan I reckon (if you'll pardon the pun) you have had one of the greatest jobs on Earth. I've been obsessed with the space programme and all things Nasa ever since I was 6 and saw STS-1 on T.V. (John Young is one of my all time heros). I just wish that Britain hadn't abandoned our space program in 1970 just as we were starting to get it right.