Lots of threads have alluded to having a discussion about the current world champion so lets get it all off our collective chests (oooeer!)

Lots has been has been written about this young man from his testing debut with BMW Sauber in 2006 aged just 19 - he then progressed to the the toro rosso team for his first full race season in 2008 - the memorable race being his drive in the wet at Fuji where he managed to rear end his future team mate Mark Webber who said ""It's kids isn't it... kids with not enough experience – they do a good job and then they

His maiden win came at the 2008 Italian GP where he qualified up from, the race started under the safety car in the rain and the young German led from start to finish in the Toro Rosso - becoming the youngest winner of a grand prix ever.

Then we enter the era of the Red Bull. In 2009 he joined the Red Bull team, which got off to a torrid start as he managed to crash into Kubika in Australia, a feat he would go on to repeat during the 09 season.

So to the crux of the matter. Is Sebastian Vettel?

the real deal, the baby schumi, the new pretender - a genuine racer? - aka Wunderkind

A very quick driver, who lucked into a very fast car and can bang it on pole and lead from lights to flag and be the quickest pilot of a car, yet can't overtake for toffee? aka WunOrAother 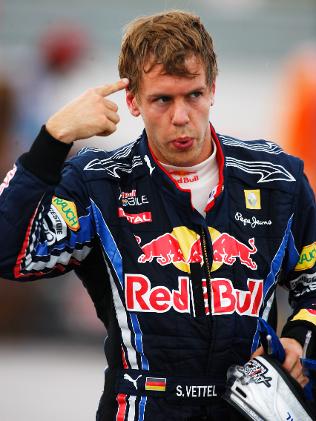 If Ricciardo gets booted I think he may retire, another year or so under achieving in an also ran car may not be his first choice or any choice.

Staff Member
Premium Contributor
Yeah, he'd be better of moving to the WEC.

Dartman said:
If Ricciardo gets booted I think he may retire, another year or so under achieving in an also ran car may not be his first choice or any choice.
Click to expand

Another name suggested to replace Vettel was Mick Schumacher...beat interesting if Laurence does it or not because it would really prove if his son is good enough to be in F1 if he doesn't beat Schumacher