Premium Contributor
Decaying Uranium and other radio active sources are part and parcel of what keeps our planet active. Unlike the moon. So we could dig a very deep hole and fire all our unwanted uranium into the middle of our planet where it could do something useful.
Or we could drop it into some very big holes on the moon.

cider_and_toast, Lets just say I can't tell you even now. but you must have heard of satellites.

Contributor
Are they they ones that hang down from the ceilings of caves, or the ones that grow up?

Premium Contributor
Yes but they have to go up before they come down FB .

Couple of comments. Firstly, she's a bit rusty. Secondly, if you posted a video like this in Russia or China how quickly could you expect a knock on the door and then some years in a gulag with a battery attached to you testicles?

Staff Member
Premium Contributor
That's the usual look for a ship thats been at sea for a while.

Where those two big patches are on the sides is where the lifts move up and down between the hanger and the flight deck. Most of what looks like rust is just surface streaks caused by small patches of bare metal. It looks worse than it is.

A group of sailors will be hanging on to paint stages with brushes on the end of long sticks scrubbing and painting that in not time.

One would have thought that with todays paint technology an surface preparation rust would have been eliminated, rust only appears where the steel has not been properly sealed and treated in build, nuclear submarines externally seem to have eliminated the problem though it still exists or did in some areas internally, perhaps it is due to where it was built

Valued Member
One from the olden days. 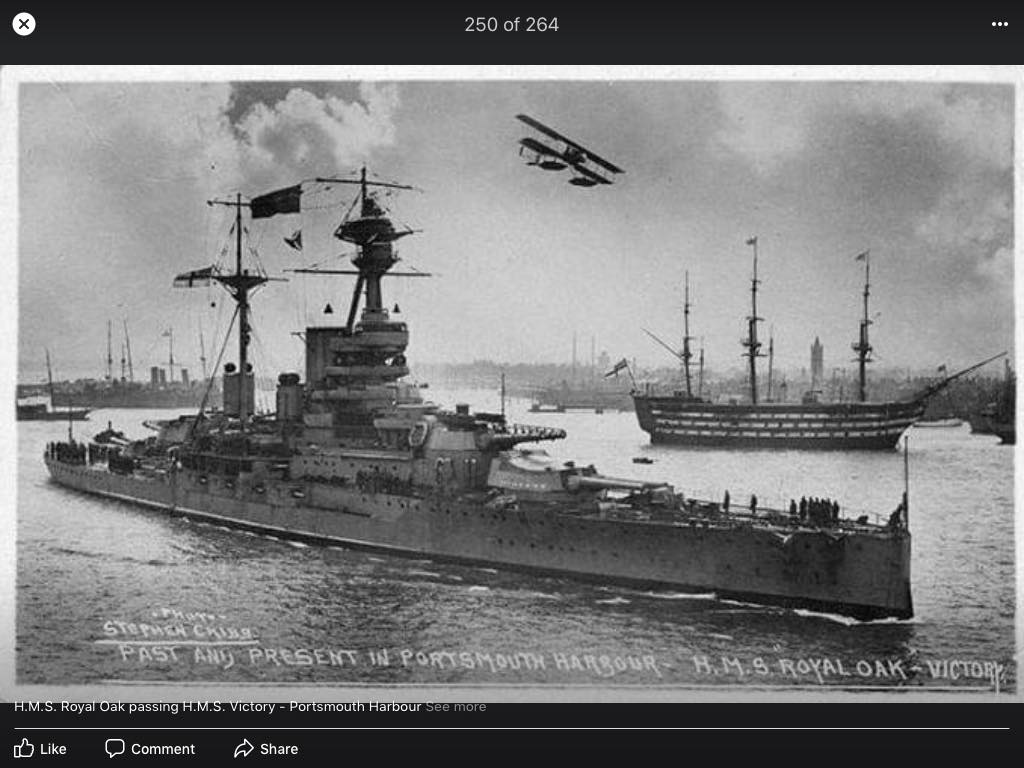 FB said:
One from the olden days.

Sunk by Gunther Prien in Scapa Flow, I believe.

Valued Member
I love that Victory is still afloat in the background. Much more impressive in the water than she is in her dry dock.

Valued Member
HMS Nelson coming in to port in 1936 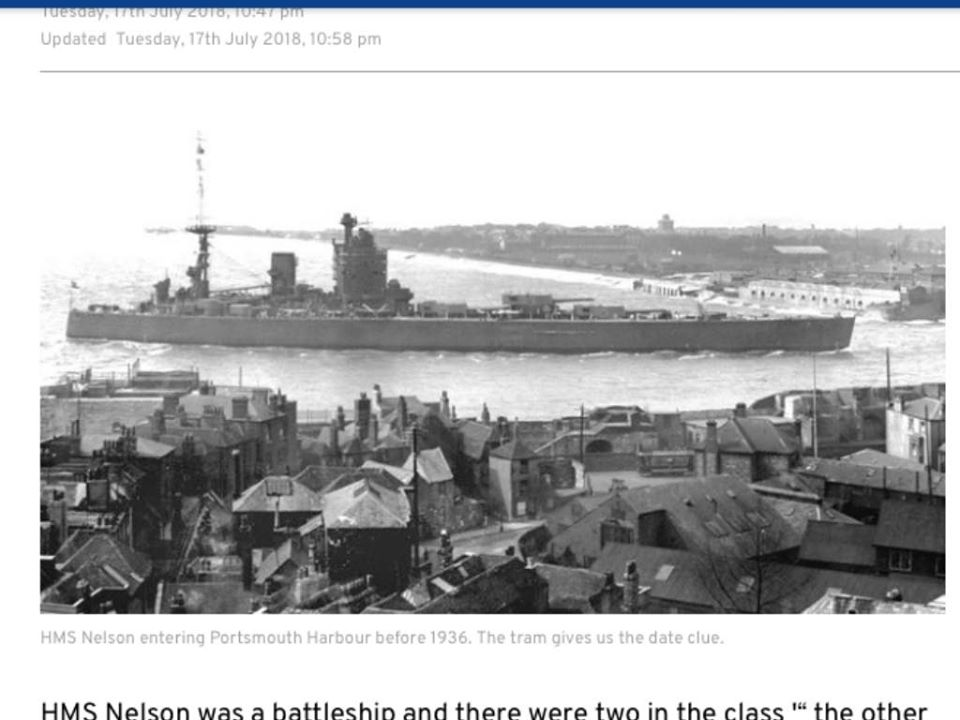