ULTRASOFT WILL HAVE PURPLE MARKINGS NEXT YEAR,
AS CHOSEN BY THE SOCIAL MEDIA COMMUNITY​
Milan, November 4, 2015 – Following an agreement ratified by the FIA World Council, Pirelli will hold a tyre test in Abu Dhabi after the final grand prix of the 2015 season.
The one-day test will take place on Tuesday 1 December from 9am-9pm continuously, dedicated to slick tyre development.

Teams have been asked to run preferably race or reserve drivers, and they will not be allowed to try new parts nor alter the cars during the test. All of the teams involve will field one car each, but participation is voluntary.

Pirelli will define the test programme for each car. The tyres used during this test will not be considered as part of the testing allocation for 2015.

The Italian tyre firm requested the Abu Dhabi session in order to develop a new construction for the 2016 slick tyres as well as test the new Ultrasoft compound, which will form part of the P Zero Formula One range next year.

The Ultrasoft will be distinguished by purple markings on the sidewall. This colour was chosen by fans who were asked to vote for either purple or silver via Pirelli’s social media channels. Purple was a resounding winner, capturing 85% of the votes.
Click to expand 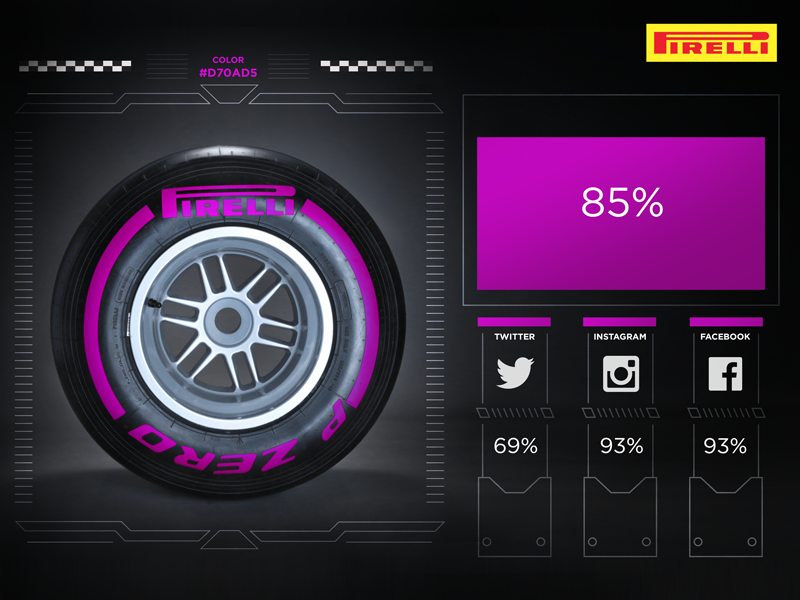 Valued Member
Regal purple tyres for Monaco, then. Fitting, in a way.

With the ultrasofts, if the track gets too hot the less-well powered cars (e.g McLarens) will just stick to the road and not be able to move.

Supporter
Seems like a sensible plan. Let's hope Susie Wolff can put them through their paces!