Didn't know this and don't think I have ever heard it mentioned on TV.

However while treating the family car to some new tyres at a major chain of tyre fitters (I usually use the local garage!) I was asked if I wanted my tyres filled with nitrogen.

Anyway nitrogen tyre inflation is mandatory in the airline industry. The moon buggy used nitrogen in 1969. Formula One has used nitrogen for 20 years.

Benefits include tyre life increased by up to 25%. Improved road holding and handling and fuel economy up by 5%.

Well you learn something everyday!!

Staff Member
I think the main reason they use it in F1 is because the nitrogen remains a lot more consistent then oxygen and hence the pressure remains the same whether the car is under load on a high speed straight or navigating a slow complex of corners.

I had no idea they were using it on road going cars but I suppose it makes sense.
F

Yeah it cost an extra £1 per tyre.

It will take a year to see if the tyres lifespan is increased. Fuel economy, I don't think I'll be able to monitor this, any change in MPG on the computer could just be down to a new set of tyres, rather then the nitrogen.

I should probably get out a bit more!!!

I would think that the fuel savings and decreased wear are dependent upon you having seldom checked your tyre pressures.

Contributor
The magic word is "up to"...

I don't think many people will get anywhere close to the potential savings they quote, however we have used nitrogen on my girlfriend's car for a few years.

Basically the benefit us poor slobs get is that the Nitrogen (I think N2) molecule is travels around being quite large, so you get less seepage through the rubber and valve, therefore your tyre stays more consistently flat on the road. That bit works, we changed because her tyres were going flat really quickly, so found a nitrogen fill, end of problem, they started to behave like normal tyres with a fill required every year or so...

Where F1 and airlines gain is the consistency of pressure under temperature changes, most of the time we'll never see that ourselves.

As with most things, it's hard to live up to the hype, but I would definiltely pay £1 per tyre for nitrogen as it does mean less monitoring, and as a result a better feel to the drive...

Valued Member
Borrowed this from F1 Technical Net which explains an awful lot about tyres gases:

In order to ensure the lowest possible variations in tyre pressure (heat increases the pressure), F1 tyres are filled with a special mixture of gasses.

“Moisture in the air makes setting tyre pressures very difficult,” explains Tetsuro Kobayashi, Bridgestone Motorsport Technical Manager. “If you set the pressure in the pits with a cold tyre, or even one that’s been warmed by a tyre blanket, the pressure will be different when the tyre has been brought right up to full operating temperature. This happens even when we use dried air, but this happens in a more progressive and predictable manner than when there is moisture present. If there was moisture present then there would be different amounts in different tyres depending on when and how they were filled so it would be impossible to predict the pressure change and it would be difficult to engineer the tyres to deliver their maximum performance.”

Whilst Bridgestone uses dried air by default, there are other gases available and teams will often try or make use of these in their pursuit for an advantage. In various series, not only in Formula One, nitrogen, carbon dioxide and other mixtures have been used. The most important consideration for whatever gas is used is stability or a predictable change in density relative to temperature change to enable the optimum tyre pressure to be both attained and maintained. A second factor can also be the reactivity of the gas with rubber, a point where oxygen scores badly. At high temperatures, the oxygen molecules in air can react with the rubber and hence reduce the tyre pressure. It is sometimes also believed that the mass of the gas is taken into account as being important, but the truth is that the differences are marginal compared to the other factors. Recently however, the FIA moved to limit the allowed gases to air, nitrogen and carbon dioxide.
Click to expand

To be honest the previous pair of tyres (front) lasted 18 months/18737 miles. I checked the pressure about once a month, or before a long journey and in total have only put in about 5 psi in their lifetime. The rears so far I don't think I've put any in and both still have 5 mm of tread across the tyre. All tyres have been on the car from new, so don't know if they where filled with nitrogen. Car used daily on A, B, C roads. Average about 40-41mpg, 42-43 motorways, about 37-38 urban.

The first moon buggy didn't make it to the moon until 1971 (Apollo 15) and the tyres were made of wire mesh, not rubber, so no nitrogen in those! 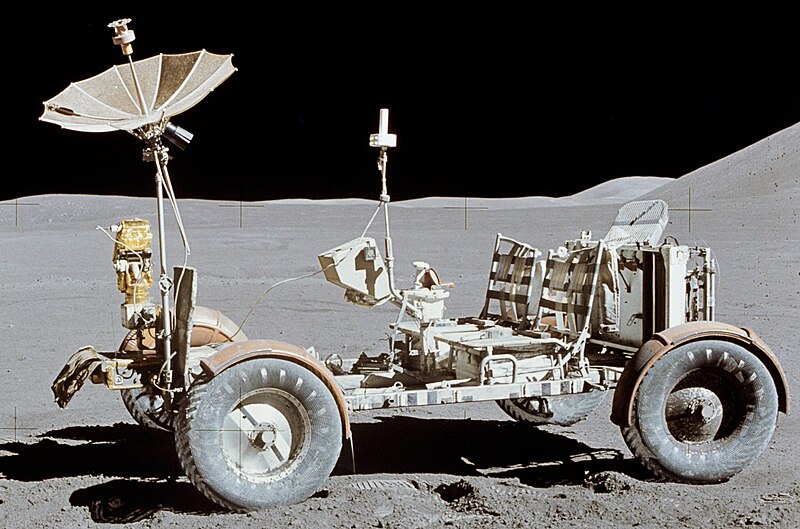 The first moon buggy didn't make it to the moon until 1971 (Apollo 15) and the tyres were made of wire mesh, not rubber, so no nitrogen in those!
Click to expand

Just quoting off the leaflet Kwik-Fit gave me.

fedupwithuserids said:
Just quoting off the leaflet Kwik-Fit gave me.
Click to expand

CAT and I will be straight round to correct Tom Farmer

*edit* CAT and I will be straight round to see Bernie, as apparently CVC own Kwik Fit now!

fedupwithuserids said: Just quoting off the leaflet Kwik-Fit gave me.

CAT and I will be straight round to correct Tom Farmer

*edit* CAT and I will be straight round to see Bernie, as apparently CVC own Kwik Fit now!
Click to expand

With you all the way. Just give me five minutes to pick a suitable weapon. Hmmmm, Big pointy stick, Sub Machine gun, Blunderbuss, Bloodhound Anti Aircraft Missile, Bow and Arrow hmmmmm so many to choose from.

cider_and_toast said:
With you all the way. Just give me five minutes to pick a suitable weapon. Hmmmm, Big pointy stick, Sub Machine gun, Blunderbuss, Bloodhound Anti Aircraft Missile, Bow and Arrow hmmmmm so many to choose from.
Click to expand

My vote is all of the above

just make sure none of the edged weapons are too sharp

Staff Member
Not really to do with tyres or nitrogen but there's an article on the F1 site about wheels.

Roll with it - Spotlight on Formula One wheels

Technical The Fundamental Dichotomies of the other

Technical Pirelli reveal the new tyres for the 2012 season

Formula E What to Expect from Formula E
2 3