Arguably one of the big teams in Formula One but lately they don't seem to be able to get the basics right.
Some of their strategy and decisions in the last few years has left more than a few observers scratching their heads.

Just a few for starters:
Their major updates seem to send them further down the grid, instead of challenging for pole positions and wins. As the season progresses they tend to get worse before getting better, by which time it is generally too late.

It's often said of them "write them off at your peril", but is this necessarily true?

The last time they won the WCC was in 1998 and their last WDC was 2008, before that 1999.
Their days of regularly winning championships seem to be well and truly behind them.

It's all well and good coming up with reasons why they haven't won championships.
The fact remains though, they have won just one WDC in the last 12 years.

So where to now for McLaren?

(I wrote this in rather a hurry so I will flesh it out when I have more time.)
Click to expand

i hope its better than the prequel, "if your not willing to endanger your drivers life with unsafe cars, your not trying"

F1Brits_90 said:
i hope its better than the prequel, "if your not willing to endanger your drivers life with unsafe cars, your not trying"
Click to expand

Which cars would they be then?

cider_and_toast said:
Which cars would they be then?
Click to expand

most of the lotuses that killed Jochen Rindt & Jim Clark

F1Brits_90 said:
most of the lotuses that killed Jochen Rindt & Jim Clark
Click to expand

Jim Clark died when his tyre deflated and he struck a tree at a circuit that was well known to be lethal. The car (a Formula 2 car, not an F1 car by the way) was nothing to do with it.

As for the Type 72, Rindt's car did suffer a break shaft failure which caused the crash but the cause of his death was due to an inadequately installed safety barrier and the fact that Rindt didn't like wearing the crotch strap of his seat belt which caused his body to slide down and the straps impact with his neck.

Lotus cars were no less safe or unsafe than any other car of the era.

There were 3 drivers killed in F1 behind the wheel of a Lotus. Alan Stacey who was struck in the face by a bird. Jochen Rindt who we've discussed above and Ronnie Peterson who died of an embolism from a leg injury exacerbated by farcical stewarding and medical care at the track. His death can't be attributed to the car either.

cider_and_toast Jim Clark i must be wrong as i thought it was still a car designed by colin chapman. but Jochen Rindt from everything i heard wanted safety improvements on that lotus before he drove but effectively told dont get in the car then but not going to win the world championship & they were least interested in safety in era that was dangerous enough 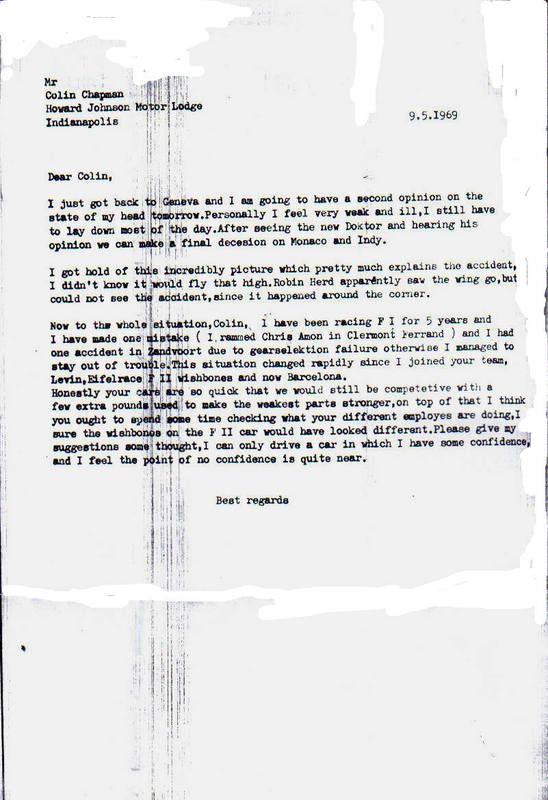 Staff Member
Premium Contributor
F1Brits_90 the Lotus 48 that Clark was driving at the time of his death was principally designed by Maurice Phillipe. Almost all non F1 cars in the 60's were built by Lotus Components which handled all of Team Lotuses customer racing car work.

Regardless of who designed the car, Clark lost control as a result of a puncture, spun out and was catapulted into a tree. Even modern F1 cars would struggle with a similar impact.

The FII car was the Type 59B that suffered coil spring damper issues (not wishbone issues that I can see?) And these were quickly resolved and there were no safety issues with that car. Rindt won or shared wins in almost all of the F2 races he entered

I am not saying that Chapman was a saint and indeed, his cars were mechanically fragile. He once wrote that it didn't matter how well a car was made or how safe it was if it didn't win races. To say however that his cars were unsafe is unfair. As I said, they were no more or less unsafe than any other of each era. Certainly if you look at pure numbers, more drivers were killed behind the wheels of Cooper's and Ferrari's by some distance.

To give you an idea of the effect that Clark's death had on Chapman, the Lotus badge on every Lotus F1 car from the race after Clark's death until Chapman's death in 82, was black not the traditional green and yellow. This was in memory of Jim Clark.

Valued Member
In the documentary on Mike Hawthorn and Peter Collins they interview a number of the drivers who survived through the 50's and 60's. I think It's Tony Brooks who said that it was a very dangerous time to be a racing driver, but no one forced them to drive a car, they all knew the risk, and they still chose to do it.

Looking back on any period of history and applying knowledge we have today will always make you think that things could have been done better. The reality is that it was what it was at the time, and no matter what sort of revisionist view you take you will not change a thing. I don't believe Colin Chapman chose to build a car which would put the driver at any greater risk than any other manufacturer did. He did build cars which won races, which saw many drivers desperate to get a seat in one of them.

Also, the idea that if there is a death someone must be to blame is very sad symptom of modern thinking. Sometimes things go wrong, and people make mistakes. If we all sat indoors, set in jelly, there would be very little chance that anything bad would happen. But what a very dull world we would live in if no one every took any risks.

Finally, to pick up on a point cider_and_toast made about the cause of death, many, many, drivers died due to issues which were nothing to do with the car, but we all remember what car they were driving at the time.

If I was Ricciardo I would be worried because Lando has got going but he has not yet. I know he has a contract I think until end of next season but apart from Monza his form has not been great 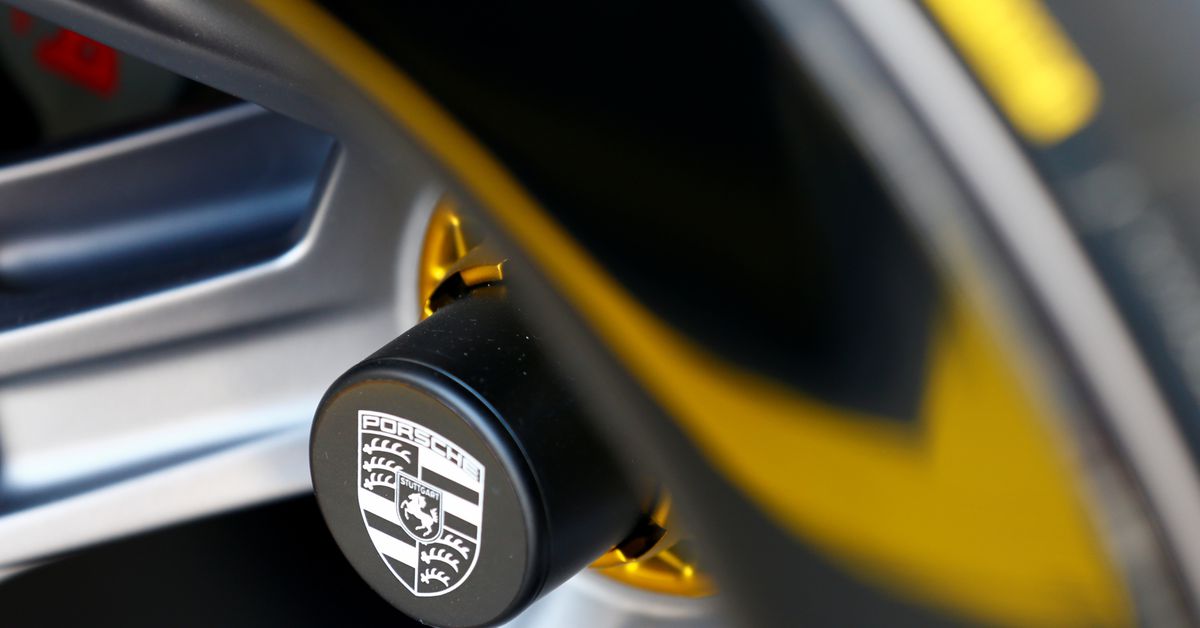 I can't see the sense of both entering, basically it's the same company and will have the same engine, good for the grid but it will be another Red Bull/ Alfa Tauri set up.
Last edited: 2 May 2022

Staff Member
Premium Contributor
More "here today, gone tomorrow" car brands who will stick around when the going is good and cream as much cash out of it as they can and then sod off when things look tough.

Interestingly Porsche are more ready for F1 than Audi

This will pull support for the German GP as well to remain
Last edited: 2 May 2022