Sato did a great job but Dixon must winder who he's upset in a past life.

Valued Member
Give that man a sniff of victory and he's just irresistible. Great job by Sato, great race for Honda, and great to see the Rothmans Williams tribute livery in victory lane (well, not really, but almost).

you never get a bad indy 500. quality guaranteed, i think sport is at its best when it tense. its why play offs in football deliver some of the entertaining games of the season. as brings out them emotions that being relaxed doesnt. thats sort where F1 gone wrong for so long. most of races are "relaxing". but that physicoanalyzing is for another thread

but really enjoyed it, you rarely get a bad ending because most oval races always manage to build to dramatic ending. Dixon will be

off. best driver all day but i seemingly mentioned this earlier the 500 in the nicest possible sense has always been a lottery. because there so many variables with pitstops depending on cautions & fuel mileage. felix being a great example looked good pitted & needed the rossi caution. but a quick one. long one stuffed him. as meant everyone could make it on 1 stop as well. sato & dixon is great example of simple v complicated. sato took the lead fuel saved as much as he could & just hoped it would be enough. dixon drops back to get in the slipstream & get him at the end. but its gamble. pigot doesnt crash dixon wins but IF is biggest word in motorsport. but with double points he will console himself with a 73pt lead & a likely 6th championshp

firstly thank god for the tyres at the pit entry. because like a few crashes today terrifying. they saved the worst til last. thats the dilemma because it huge anti climax to end it under yellow as we always want to end under green. but their mustve been too much damage. they made the decision that would having to wait 30 mins have been an anti climax as well as all the driver adrenalin gone from max to none

on final you hope F1 & IndyCar can find away Monaco & indy500 dont clash. so the 3 big races of motorsport have there time to shine

Staff Member
Sato winning not once, but twice, is why I don't watch the Indy500* - it's not a race, it's drafting.

you say that but id rather watch yesterday indy 500 over 2/3 of the F1 season, so many variables many drivers had a shot at the win & great seeing all the different strategies play out. especially after that spanish GP. & ive seen so many brilliant finishes
Last edited: 24 August 2020

Valued Member
Once upon a time they finished with a two lap shootout if the race would otherwise end under yellows - green-white-chequer. Doesn't solve the moral problem of Sato (allegedly) burning through his fuel unsustainably, but at least gives Dixon a shot at him - and much more satisfying for the fans.

very true but thats indy 500 every year some tries to extend that final stint too long & f
hope for caution. most years they conk out. some years the lucks in. because caution can happen at any point 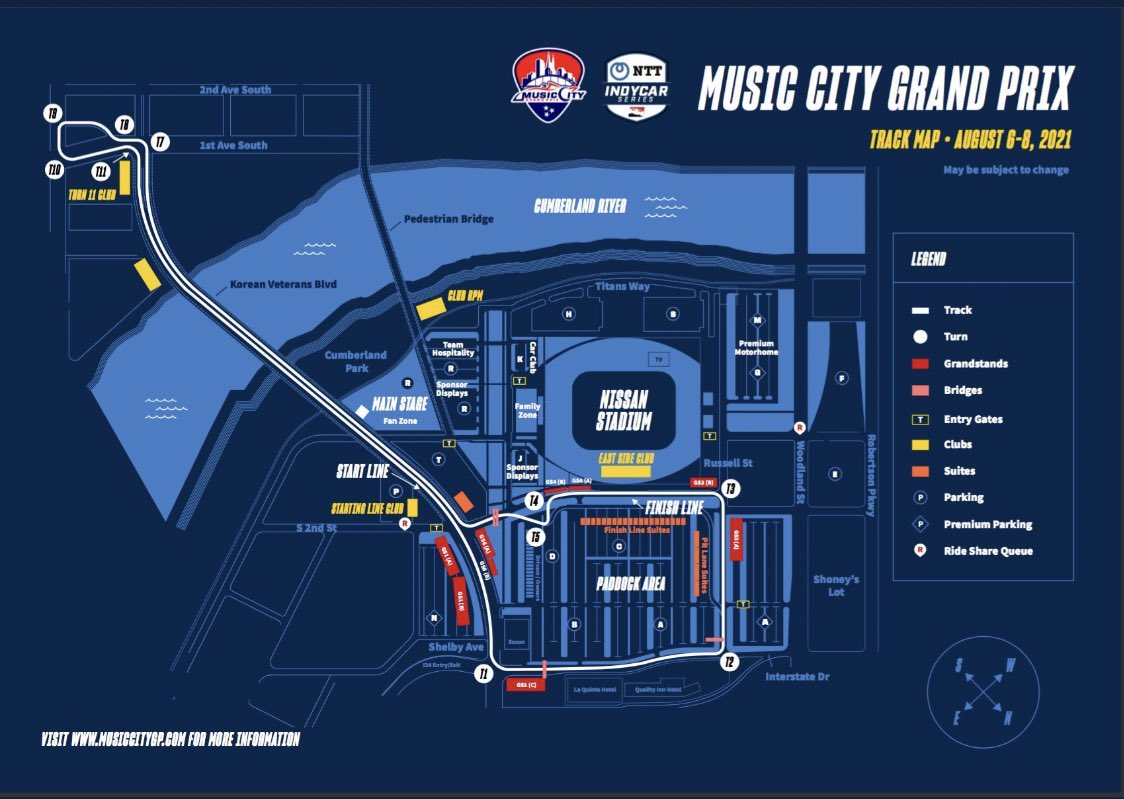 Contributor
Is that for real?

gethinceri said:
Is that for real?
Click to expand

yes that is what will be raced on next august

alot of drivers & American pundits love it on social media. which is funny as when the f1 was out. the 1 that looked like a panis F1 fans were keen on it
Last edited: 17 September 2020

Contributor
How would YOU lay out a circuit in the downtown area of a major city? Bear in mind that it has to be configured so that everyone in attendance has paid, that the noise won't disturb residential areas, that there is adequate means of ingress and egress for attendees, and adequate means for attendees to both nourish and relieve themselves, as well as view the action on the circuit. Plus, making it possible for actual racing to take place on the circuit (something F1 lacks).

Contributor
Well i wouldn't, they are generally shit.

siffert_fan said:
How would YOU lay out a circuit in the downtown area of a major city? Bear in mind that it has to be configured so that everyone in attendance has paid, that the noise won't disturb residential areas, that there is adequate means of ingress and egress for attendees, and adequate means for attendees to both nourish and relieve themselves, as well as view the action on the circuit. Plus, making it possible for actual racing to take place on the circuit (something F1 lacks).
Click to expand

overtaking isnt too much of an issue. because in the last indy rules change in 2018. they did a similar change as F1 doing in 2022. more downforce from underneath & less dirty air from the wings